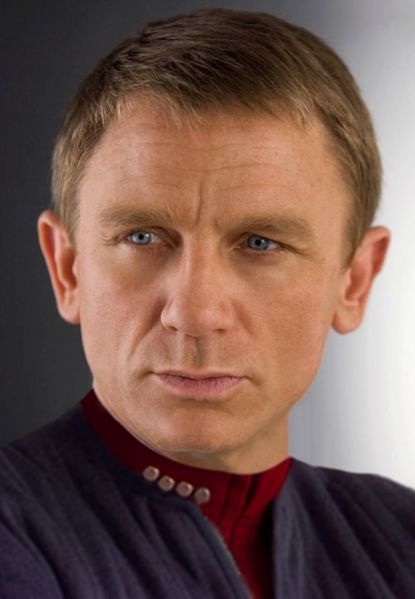 Captain Maxim Laroche (born August 24, 2347) was the Commanding Officer of Outpost Sierra VI from 2387 until retirement in 2388. Laroche is a longstanding member of Starfleet with over twenty years of experience. He previously commanded the USS Virginia (NCC-79091) before receiving his new command.

Maxim Laroche was born on August 24, 2347 to Rajean and Valerie Laroche (nee Bourgeau) in Vancover, Canada. He is the fourth of five children and their only son. His parents both served in Starfleet. Due to their service on small Starfleet vessels and installations for the majority of their careers, the Laroche children would be in the care of their grandparents Phillipe and Denise Bourgeau in Montreal. The Laroche’s would visit their children during shoreleaves on Earths. Max and his sisters would also travel to go on family vacations on numerous occassions throughout his childhood and teenage years.

His father Rajean Laroche served as an Operations Manager throughout his Starfleet career. In the last five years before retirement he was posted at Starfleet Operations Headquarters in San Francisco. He would retire with the rank of Commander. His mother Valerie Laroche currently serves in Starfleet at a Starfleet Medical facility in Vancouver.

After the completion of his secondary education he enrolled at Starfleet Academy. He took General Studies uncertain about what career path he wanted to take. After taking a course in Astronomics he decided to choose science. In the first four months, Max lagged behind his class and requested a transfer into Diplomatic and Legal Studies where he excelled at.

He would serve as a Diplomatic Officer from 2367 until 2376 onboard the USS Absalon NCC-79133. Following the Dominion War, he was reasssigned to the USS Gettysburg NCC-7989-C as Executive Officer until 2379.  He would receive his first command of the Saber-class USS Virginia for four years before being given command of Outpost Sierra VI.

He retired early from Starfleet in 2388 following an attempt on his life.