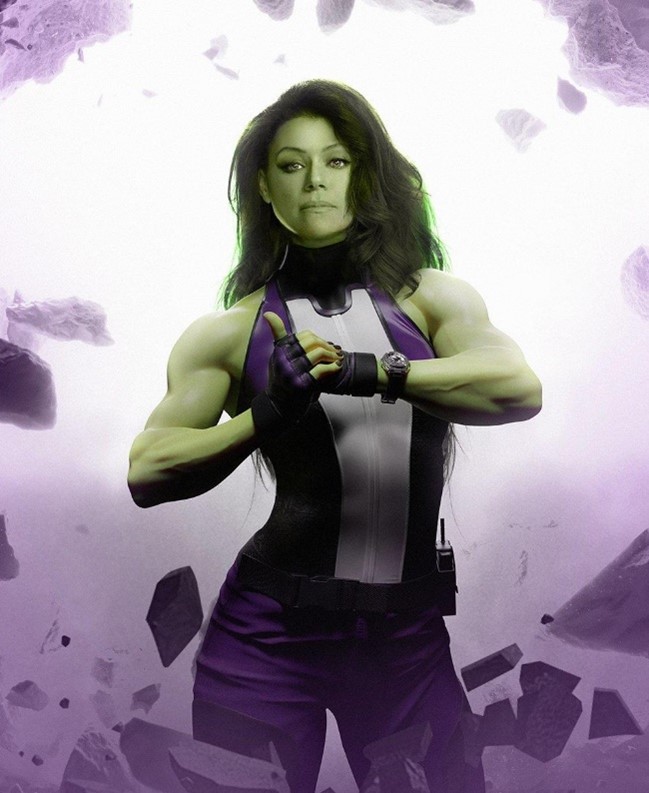 Tia is a highly intellectual individual who values reason and logic over empathy and emotion any day. She believes there is a mathematical and scientific explanation for everything in the universe and can be rather close minded at times. Annoyed when people are attracted to her because of her looks, she would rather be respected for her mind. She sometimes comes off as cold and abrasive due to the walls she has put up to keep people away. Do not come to her for a debate as she generally avoids scholarly conflict, viewing it as unnecessary controversy that will likely prove fruitless in gleaning any actionable results.

Tia was born into a large family, with four brothers and two sisters. Her parents were far from wealthy, but their home was a loving one. Their father worked hard to provide for his family while embodying all that a young child should aspire to have for a father figure. He taught all his children that integrity was the most important quality anyone could possess, and that wisdom was to be cultivated and sought after at all costs.

As the fourth child and therefore the “absolute middle child”, as she always grumbled about when she was younger, she often complained that she did not receive the same amount of attention and coddling as her other siblings. Although this was entirely untrue, she grew up with a stubborn streak that neither her father nor mother could entirely control although they tried their best. To her father’s chagrin, she was expelled from multiple schools for fighting and would never dedicate to her studies. Yet she somehow managed to keep good grades, skating through the most difficult classes as though it were child’s play. She displayed all the signs of being a young genius, yet her rebellious attitude seemed destined to keep her from ever realizing her true potential.

Losing her father in a tragic and unexpected accident while in her early teens was a pivotal juncture in Tia’s life. Suddenly their mother was thrust into the role of single provider for seven children, and the lack of coddling Tia had falsely complained about earlier became a reality. Tia threw herself into her studies to escape the pain. Unable to deal with the regret of now being incapable of telling her father how much she truly admired him, she buried herself in mathematics and science, trying in her own way to honor the memory of the man she would always aspire to be like although he may never know it. She developed a love for the solidarity of mathematics, linear equations that did not lie on their pathway to a concrete answer that could not be disputed. She thrilled in observing the merger of mathematics and science as she delved deeper into the world of calculus, trigonometry, and physics. Soon she began to develop a love for engineering, as she learned how her knowledge of science and math could be applied in an applicable way to the world around her.

Earning her way into acceptance at the Academy through scholarships and scholastic programs, she began studying engineering, determined to navigate the tepid waters of the Academy and earn herself a place in Starfleet.

Tia’s personality was far from warm and cuddly, and left much to be desired as far as her other colleagues were concerned. She had a hard time accepting anything unless it could be quantified and broken down. Governed almost entirely by intellect, she learned to value information and knowledge above all. Tia never allowed emotion to play a role in her decision-making process, believing emotion to be unreliable and only considering its validity as a possibly instinctual signal. Yet since she cannot explain it scientifically other than various chemicals affecting receptors in the brain, she generally discounts her feelings and opts to let her brain govern her heart. So for the most part, Tia kept to herself, not permitting herself to squander her time with making friends; what she viewed as a wasteful pursuit. The only respite she took from studying were frequent visits to pound out her frustrations on her only companion, the red punching bag at the gym.

Once she was fresh out of the Academy, she began looking for a way  to work her way up in the Starfleet ranks. Yet despite her high marks in the Academy, having no strong family background and no powerful connections to assist her, she struggled to find a ship that would trust an unproven rookie with any position of authority.

Jupiter Station, a space station specializing in starship maintenance, commanded by Rodbert Sgoc, a human with a hobby for collecting ancient historical artifacts from his old world. He talked of how his great ancestors on earth had once been part of an ancient form of earth fleet known as the airforce, and said his family had always been destined to fly the skies. Savik informed him that a station was hardly flying the skies, and that it was primarily a place for ships that actually flew the skies to dock, but he only laughed.

Tia worked hard aboard the Jupiter station so that her skills would be recognized. After about a year of proving herself in the engine room, she was moved to a position repairing the starships that would limp in after difficult battles. She was soon promoted to Assistant Chief Engineering Officer, where she made great strides in helping to advance the warp core reactor functions of a star ship, by designing new ways to utilize magnetic fields in the containment of antimatter, thereby converting M/ARA into a more easily maintenanced assembly.

Tia greatly distinguished herself during an attack on the station when a direct hit to several of the station’s shield generators damaged the protective energy screens and brought down the deflector shields, leaving the shipyard exposed to enemy fire. Tia’s quick reaction and combined knowledge of the station’s components and a starship’s design helped her lead the engineering crew in a united effort to hook up the damaged starships in the yard so they could serve as an alternate source of power for the shields. The Jupiter Station saw many losses that day, but many more were saved due to Tia’s quick thinking.

After proving herself in battle, Tia was promoted to the station of Lieutenant as the Chief Engineering Officer for the Jupiter Station. Shortly after this promotion, she applied to the CTP program with a physical endurance commendation and was accepted. She completed the CTP program

Tia’s ever curious mind was set on getting off the Jupiter station and on a ship where she could travel and see the universe around her. The reaction of matter/antimatter to produce power and propulsion for a starship was of particular interest to her, and she desired to hone her skills by gaining a command position aboard a starship.  The CO of the Jupiter ended up speaking with an old friend, the former Security Chief of Jupiter station and secured Savik a position aboard the USS Tesla.