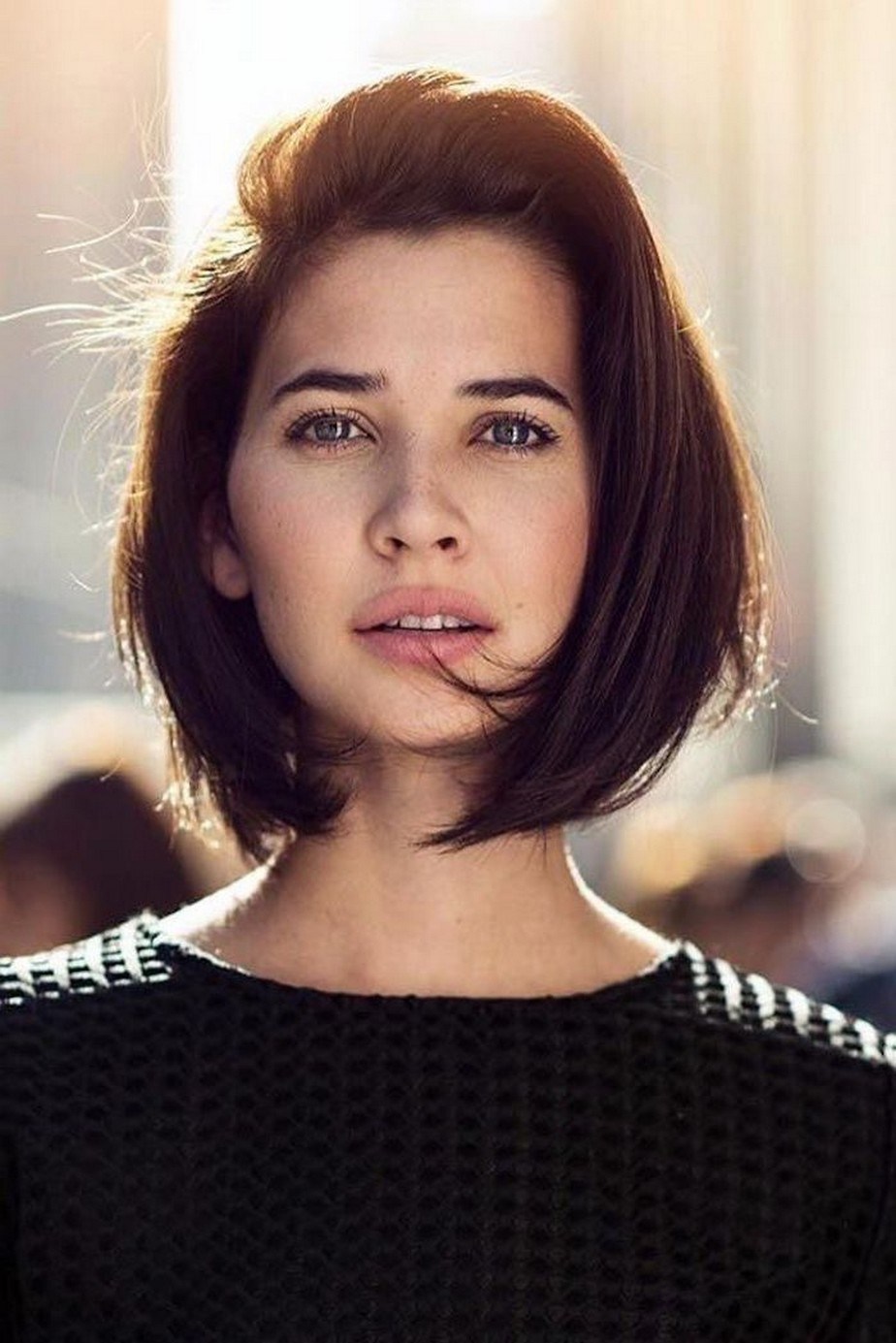 Kimberly has been fast tracked through the Operations department and eventually into Command but she does have a minor in Counseling from back in her days at the academy. She is normally one that will take advice from her fellow officers under her command and then decide the best way to go through a situation. She is also someone that came be a listener if someone has a gripe or just wants to let some steam out if a crew member decides to go off the record. She is usually a stickler for Starfleet regulations but if she needs to bend the rules just a tiny bit to make sure that things works out smoothly without violating the Prime Directive, she will tend to do so. Transferring to command the USS Hippocrates, she hopes that she can help people and go further out in the Galaxy.

Kimberly was born in 2363 in the redwood forests near San Francisco.  She always adored nature and felt like being out in the open to explore every nook and cranny that she could find in her hikes along the trails near her home.  Her mother died from a cancer that was not treatable even with near 25th century medical technology.  To this day, she will not disclose what the cancer was that took her mother when she was 6 years old but the seeing her mother fade slowly into someone that she had to help almost 24/7 to tend to her daily needs, she vowed to make sure that no one would ever endure what her mother went through.  After two years of helping her mother through her the pain that the cancer did, she felt her mother die in her arms when she was 8.  Crying uncontrollably, she was wounded mentally for the next three years.  Her father tried so hard to get Kimberly out of her funk but nothing seemed to work.  It wasn’t until she was 11 years old and finally back at school where she was given special counseling sessions.  She wanted to show the Counselor that she was strong but the Counselor knew better, especially after she picked a fight with a boy that was twice her size and failing miserably.  It took Kimberly nearly three years to get out of her funk from this special counselor.  It turned out that the Counselor’s daughter came into her life as well and slowly took her under her wing.  Her name was Josie Watt and she was just a year younger than Kimberly was.  Kimberly did not take to Josie at first but when Josie showed Kimberly that she needed someone to talk to that was her own age, that was when Kimberly let Josie into her life.  They were inseparable during their teenage years as Josie was the one that kept Kimberly’s sanity together.

When they both came to age, they both looked towards the stars and joined Starfleet Academy together.  Kimberly waited a year for Josie to turn 18 so she can join with her rock and her best friend.  She really wanted to take the same classes together but they knew that they could not always be together.  In a symbolic move, Josie decided to give Kimberly a necklace with a cracked circle that was divided in half.  Once the two sections came together, it was then that they would be complete.  Keeping her necklace, they went through the Academy but they both had different directions.  Kimberly went towards Operations while Josie went into the Starfleet Medical.  Kimberly kept a close eye on Josie’s studies but she had a very hard at first getting through the various exams and tests that were presented to her.  To her, she was always taking two steps forward and one step back.  Throughout her first year at the Academy, she always felt that way as she was distraught about how she was not able to do everything that the instructors asked of her.  Again, it was Josie that stepped in and gave her a word of advice.  “Always expect the unexpected.”  With that word of advice, Kimberly was able to start focusing on things that could go wrong in a ship simulation and account for every possible contingency. It was in her second year that she was able to focus on things more and save her many simulated ships from destruction and bringing resources to their right places.  Her third year was more of an improvement on her second as Encouragement kept coming from her Josie.  More studies and more simulations continued but it was in her fourth year that she finally went out on her Cadet Cruise about the USS Eureka.  She wished that Josie could come along with her but it was her friend that convinced her that she would be a distraction.  Finally being able to be on a live ship, she was able to concentrate on moving resources to their correct areas in battle… all the while giving reports to her Captain during this simulated battle.  Once she passed all of those test, all there was left was the pomp and circumstances of Starfleet Graduation.

After their time at the Academy, Kimberly really wanted Josie to come with her as she was growing very much in love with her best friend.  Josie was more of the realist but she promised that they would be back together again… though at the time, Josie did not have the same level of feelings for Kim as Kim did for Josie.  They went their separate ways but constantly kept in contact through subspace. Kimberly made her way as an Operations Officer on a few ships, starting off on the USS Apollo.  As an Ensign, she was still green inside but she was able to provide the tasks that she was given.  The Apollo was more of a Diplomatic ship so she was kept outside of any major fights or hazardous areas.  After eighteen months of Diplomatic missions and hearing people squabbling with each other, she was glad that she only had to move resources to make the ship more efficient and get to their next missions as fast as they could.  She excelled in that area as Starfleet decided to make her a Chief Operations Officer

Transferring to the USS Saratoga, she found out that this ship was a medical triage ship.  With her duties as the Chief of Operations, it was imperative that all Sickbays and Triage units were functioning at full capacity.  Most of her days were spent diverting repair crews to fix the various biobeds and Triage units to make sure that all of the medical crew can work on saving people’s lives.  Being on the Saratoga started to give her a purpose in her life.  Maybe if these triage units can save people from horrific injuries, they could also do cancer research as well.  She lobbied to her CO about making a section for Cancer research but he felt that those duties were better equipped for Starfleet Medical.  She was very discouraged at his recommendation as she was fighting and lobbying as hard as she could to make the Saratoga a cancer research station.  The CO Seemed to have enough of her fights as Kimberly started to fall into a deep depression.. which was very hard for her to get out of.  This seemed to tell Starfleet that she was in need of a transfer yet again.

Transferring over to the USS Campbell, she was back in a normal ship environment of exploration missions but there were some past demons that she had to conquer, along with having a lot more responsibilities as the XO of the ship.  Things were starting to reach a boiling point with her on the sixth month of her tenure.  Normally, she would have met with the Chief Counselor of the ship but she was busy with an even more pressing matter.  It was not until she met a young Bajoran Assistant Counselor by the name of Jeela Lurae who tried to convince Kimberly as much as she could that cancer is something that Kimberly could not control.  They could do all of the research and all of the tests but there were still some cancers that Starfleet had yet to conquer.  It was during her conversations with Jeela that she reminded herself of what Josie would do to other people.  She kept remembering Josie’s most constant motto saying, “Help people when you can, you never know when you need the help in return.”  Keeping Josie’s motto in her mind, She remembered her friend’s word as she did just that for the remainder of her time aboard the Campbell. Of course, she was met with many tragedies along they way on the ship but, she did her best to keep her focus intact.  Yes, there were times that she would almost snap during those crises but it was her necklace and the thought of Josie that kept her sanity.

Starfleet seemed to see Kimberly’s experience and aptitude to finally see fit to give her own ship to command.  During the shuttle trip to Starbase Bravo, she received a the commique that could change her life.  It was then that she found out that Josie was no longer with her , dying of the same type of cancer that her mother went through… glioblastoma.  The entire trip to Starbase Bravo was spent with her crying and asking herself why her?  The four day trip to the Starbase didn’t ease the pain but she was able to reflect on what a wonderful life her friend and.. who she considered her lover meant to her.  She really wished that she could tell Josie her true feelings but it was not meant to be.

Yes.  Deep inside, she is hurting and grieving but on the outside, she is ready for the next assignment that Starfleet is willing to give to her, whatever it may be.  a week after spending time on Starbase Bravo, she found out that her first command would be to the USS Hippocrates, an Olympic class medical starship that deals with extreme medical emergencies that are too large for a normal starship to handle.  How will she handle her first command along with her own personal problems?  Only time can tell if she can get the proper crew and the right person to talk her through her grief.