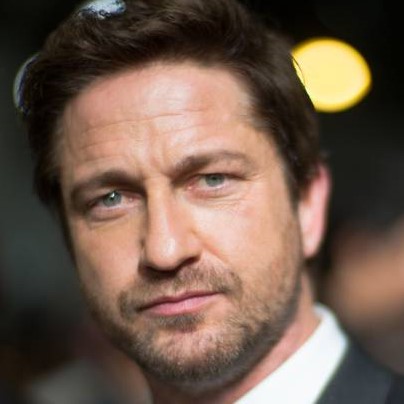 Calum is a down to earth yet humble man from the rolling hills of Scotland. His love for the Bagpipes and Scottish Tradition border on driving others crazy. Calum is loved by those who know him and he strives to help others no matter the cost. He fulfilled his goal of helping train new cadets for the next step of their careers.

Calums childhood was that of a normal child growing up on Earth. His parent worked in Starfleet and he was exposed to the notions and ideals of the Federation from a young age.

Calum was born on Earth in what was 21st Century Scotland. Growing up with a strong Scottish Accent was a given. Calum was enrolled in the best school his parents could find. As an only child, he was always spoiled and his parents seemed to look the other way no matter what he did.

Calum always seemed to be intrigued in helping others from the time he started school he had tutored the people who needed the help in their harder classes. Calum was smart not just with books but also with his mindset and the way he went about things. Never one to shy away from a challenge Calum would do whatever he could to help his classmates succeed especially the ones who were struggling.

As with any child of Starfleet officers, Calum was pushed at a young age to go and become a part of Starfleet. He never escaped his parent’s opinions on the matter, though he knew joining was what he wanted to do. He didn’t want to be like the traditional officer and be stuck on a ship he wanted to help others, even if that meant he had to spend some time on a ship.

Calum began researching the path he could take to get where he wanted to be. He finally realized he wanted to end up at the Academy. He wanted to help teach others. It was his gift and he was going to use it to further Starfleet and the Federation.

Calum never liked the spotlight always trying to hide from what others said about him. He did what he did because he liked it. His parents however always tried to boast about him.

Calum finished his schooling with high grades and a humble attitude. Immediately he went into the process of preparing for the Starfleet entrance exam. He knew his strength was personnel, but it wasn’t something he could just jump into. He was always strong at Science especially the field of Astrophysics.

He applied for the exam and was accepted to take it. After a much more involved test than he had been led to believe he was accepted. Calum was proud of this accomplishment and took his studies to heart. As a Cadet, he learned the qualities that made a Starfleet officer and strived to show them from the beginning. His first year was a bit bumpy as he acclimated to the new life that was before him. He began to make new friends and get comfortable with the path before him.

His second year was easier in some ways he became friend with Jana Dixon, someone who didn’t know what she wanted to do with her career, but someone he knew would succeed in whatever she decided to do. Jana was one of Calum’s closest friends in the Academy. She saw him at his lowest, but also at the best times. He helped her with classes she couldn’t quite get on her own and she did the same for him. It was many late nights of studying and coffee.

Calum pushed through his last two semesters without a problem just lots of studying. When the end of the Academy came he was told he would be stationed on a ship as an assistant science officer. Calum went and found Dixon after graduation and told her the news. He told her they would meet again and gave her a parting present. A necklace with an atom on it.

Calum was assigned to the USS Requiem and began his time there as a science officer. He quickly became a member of the crew and life settled in. He worked hard with every project that was given to him he fast-tracked from Ensign and was promoted a few months later after helping save the crew in a quick move.

Calum saw many faces come and go from the ship, but he stayed making his was to Lieutenant he was promoted to the Chief Science Officer and worked to fulfill his duties in the position. Dixon messaged him informing her of what had happened to her. He couldn’t do much, but he checked in on her twice a day always trying to help where he could.

After another year on the ship, he was pulled to the Captain’s office and surprised by the announcement of his promotion to Lt Commander. Calum had worked hard in his position and it had shown. He was humble about the promotion. The Captain however asked him what he wanted to do. He had seen his want to work in the Academy and a position was going to open up in the next few years.

Calum asked if he would need to be a Commander. The captain was never sure but told him that if the time came and he wanted to apply he would have a recommendation from the Captain and about half of the Senior Staff.

Calum agreed to stay on the Requiem helping train the next generation that had joined the crew including the person who would replace him when the time came. After a few more years he was told the position he had wanted was opening. The Captain kept his word and recommended him for the position. He got the acceptance to become part of the Fourth Fleet Academy. Calum finally got what he wanted to be a Personnel Officer and to help others.

Calum was shocked to learn Jana had also gotten into the same office it would be nice to see a familiar face. Calum left the Requiem and started the position in the Fourth Fleet just a week later. His promotion to Commander completed upon his arrival to the new position.