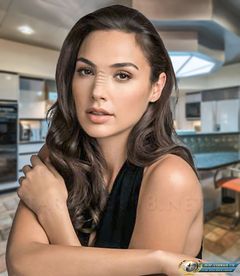 Aarven Ashatia is a very reserved person who has a past of hurt and destruction, after surviving the Bajoran Occupation, the Dominion War and when Bajor became part of the Federation she decided to join Starfleet, though later then she would have at the age of 18. She decided to become an engineer as fixing things, learning how they worked always intrigued her. Even in the Bajoran Militia she was an engineer.

Aarven Ashatia was born on August 20, 2359, to Aarven Letea and Aarven Deji in Dahkar Provence, Bajor, and lived for the first ten years of her life in the Singha Refugee Camp during the Bajoran Occupation. When she was just five years old her parents were killed by the Cardassians while trying to protect Ashatia. She saw a lot of death and destruction to her people during that time, which caused her to have a hatred for Cardassians. She survived and when it was over she spent the remaining of her childhood living in an orphanage, even throughout the Dominion war.

During that time she studied, as she didn’t have much education during the occupation. She was a bright child and excelled in engineering, she enjoyed learning how things worked by taking them apart and putting them back together. When she finished her schooling she decided when she was old enough she would join the Bajoran Militia.

In 2377, when she turned eighteen she left the orphanage and joined the Bajoran Militia, where she would serve in Operations as First Lieutenant until 2382 when Bajor entered the Federation. She decided she wanted to join Starfleet, she was older than some of the applicants but that didn’t stop her from trying. So she sent in her application and was admitted to Starfleet Academy. She excelled, tending to keep to herself and study not really making many friends as she just spent her time studying taking anything she possibly could to help her exceed.

She graduated in 2386, where she was posted on the USS Apache at the rank of Ensign, she quickly moved up rank and in 2392 she was promoted to Lieutenant and given the Assistant Chief Engineering spot aboard Deep Space 6. In 2394, there was an incident that had happened in engineering where the main reactor was in meltdown mode, she risked her life to save the starbase as well as the crew with an out of box thinking and was able to save the station from being destroyed. In 2395 she was promoted to the rank of Lieutenant Commander and given the position of Chief Engineering Officer when the previous one was reassigned when he accepted a position as Executive Officer.

She would continue working on Deep Space 6 until 2399, she was approached by her Commanding Officer with promotion and transfer to a new station in the Delta Quadrant as the Chief Engineer as they needed someone with her skillset and ambition. After some thought she accepted and was transferred to the Delta Quadrant, this was going to be a huge change for her so she decided to take some leave before she would begin her new posting. She went back to Bajor to spend some time there, meditating and relaxing.

She would later be demoted to the rank of Lieutenant Commander after an incident with another officer and sent back to the Alpha Quadrant to be assigned to the USS Cygnus as Chief Engineering Officer.