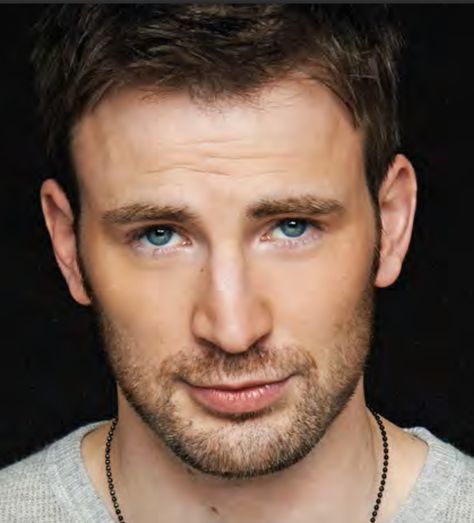 Gabriel James Bennett was born on 23rd May 2362.  His mother, Gloria, was a Starfleet Medical Officer while his father, Thomas, was and is a professional musician.  The eldest of three boys, Gabe’s younger brothers were born six (Jacob) and eight (Christian) years later.  Gabriel was born in Seattle on Earth and the Bennett children were raised there.  While their father was always present for the most part, Gloria was absent for months at a time due to her Starfleet career.

After six years of being an only child, Gabriel struggled to adjust to no longer being the only child in the family and began acting out.  It was only when he was sat down by his mother and she explained that as the eldest, he had to set an example to his younger brother and look after him.  From that point on he was fiercely protective of his bother and would be the same way with Christian when he was born two years later.

Despite her Starfleet career often taking her away, Gabriel was always closest to his mother.  Her first deployment came when Gabe was three and lasted two years.  Of that time, she spent only about two months with her young family.  As a result of this, Gabriel also developed a close bond with his father, and it was during this time that he inherited his father’s love of music and began taking piano lessons at the age of five.  At the age of eight he added Cello lessons to his activities, and he continues playing both well into adulthood.

By the time Gabriel reached High School, he already had a fully formed idea of what direction he wanted his career to follow.  His mother had recently been given command of a Hospital Ship, having moved from Medical to the Command track a few years earlier, and he wanted to follow in her footsteps.  He made sure to work hard in school to achieve his dream of studying medicine at Starfleet Academy.

Gabriel dated a few times at High School, but he was so focused on getting the grades he needed to get into the Academy that a relationship wasn’t high on his priority list.  During the summer break between his first and second year, Gabriel travelled to Bajor with a friend as part of a larger group of cadets.  One of those cadets was Liam Bradshaw.  The two hit it off quickly and became close friends.

As the second year progressed, Liam and Gabriel continued to grow closer and began dating just after Spring Break.  Gabriel had never felt such strong feelings for someone before and it took him by surprise, in fact it scared him.  He broke the relationship off after two months and threw himself into his studies.  It was due to interventions from his best friend that forced him to face his fears.  Eventually he and Liam got back together.

During the winter break of the third year, Gabriel proposed to Liam.  It had become increasingly clear to him that Liam was something special and that they had a long future together ahead of them.  Liam accepted and the pair were married during the summer break between their third and fourth years.

The couple found married life easy for the first few years.  Their first year as a married couple was spent together at the Academy and following graduation, they were both assigned to the U.S.S. Nightingale together.

Gabriel believed that Starfleet was doing the right thing in assisting the Romulans to evacuate the worlds in the way of the supernova.  He was glad that his first assignment out of the Academy was to one of the ships assigned to ferry refugees.  Like everyone else, he was devastated by the synth attach on Mars and by Starfleet’s subsequent decision to withdraw from the rescue mission and ban on synthetic life.  Gabriel and Liam both discussed the possibility of resigning their commission in protest but ultimately agreed that the resignation of two of the most junior of officers would have very little impact.

The first real test of their marriage came in 2386 when Gabriel was assigned to the U.S.S. Lionheart while Liam would be remaining on Starbase 11.  This would be their first long term separation and proved to be difficult for both of them.  They spoke every day by subspace but that was little comfort.  They were accustomed to being together, to sharing a bed and Gabriel found it difficult to sleep for the first few weeks.

Though the next few years were difficult for them, they wound up discovering new ways of making their marriage work and their love for one another never dimmed.  When Gabriel was assigned to the Manchester, they were reunited.  They lived and served together on the Manchester for five years until Liam was transferred in 2398.