She currently has dirty blond hair that she generally keeps tied back into a pony tail . Her eyes are a dark brown that have sparkles of curiosity in them. Over her standard duty uniform, she wears a long white lab coat.’,

‘Leanne was born outside of Moscow on Earth. She was an only child. Her parents, Dimitri and Alexa where both Starfleet doctors and operated a small practice in their hometown. Leanne’s father would occasionally be called off to serve on an away missions for months at a time, leaving her mother to take care of her. Growing up she was always more interested in staying inside with a chemistry set or a virtual frog dissection kit then going outside to play, her parents where generally too busy to give Leanne a normal family life and as a result tended to keep to herself. In school, she always excelled at mathematics, chemistry and biology gaining high marks and honors, though never fully reaching top of her class.

Throughout high school she was tormented and picked on because she was shy and generally tried to keep to herself. Two weeks after she started her senior year, she came home one day to find her mother sitting with an Admiral from Starfleet medical. They where sitting on the front couch and it was obvious that her mother had been crying. The admiral walked over to Leanne and started to tell her the tragic story of what had happened. Her father was serving on a science vessel when it came under attack from pirates looking for supplies. Her father was killed defending injured crew from the raiders in sickbay. The Admiral handed her fathers rank pips and distinguished service cross to Leanne.

She spent most of her senior year of school as a ghost in a shell. She hid most of what she was feeling inside and wouldn’t talk to anyone about it. Leanne ended up graduating 1st in her class and gave the commencement address.

After she graduated, Leanne took a year off to explore the world and beyond she drifted, looking for meaning. She ended up at a refugee colony working with different species that had been displaced due to war and natural disasters. It was here that she decided to take up her fathers cause to help others and decided to join Starfleet.

Leanne applied and was granted admission to Starfleet Medical, she began to open up to other people in her classes, or at least appeared to, she learned it was better to at least put on a smiling face. She continued to do well in her studies and graduated with honors from Starfleet medical. Her internship and first posting was at the Mars Medical Research Station as a lab technician and assistant medical officer. This suited her well since she could just spend most of her time running tests and samples and not have to work with anyone else, she could stay in her own little world and not have to worry about anyone bothering her. It was here that Leanne met her mentor, Dr. Scarlet Menze, who “Showed her the ropes”.

Dr. Menze promoted her out of lab tech to an actual medical officer. With her out of the back room and interacting with actual crew. Scarlet knew this was going to be good for her, Dr. Menze told Leanne one time that “Dear, if you sit in that old stuffy lab all day, you are going to die here.. we need to get you out in the stars, see the galaxy, and for gods sake find yourself a nice man… but not another doctor… they are no good I tell you.”.

After some prodding from “Ma Menze” she started to open up and decided to make a posting for Jupiter Station as assistant CMO.

After a few years and more prodding from Menze, Leanne decided to apply for the CMO position on the USS Genesis, to finally get out and see the stars.’,

Leanne served on the Genesis until the crew was transitioned over to SB-611, she continued in her capacity as CMO, and headed research efforts into new and treatments for symbiotic infections.

After SB-611 she was transferred with the crew to DS-12 where she continued as CMO.

After her time on the Starbase, Leanne took a sabbatical to research abroad, lecture and enjoy downtime.

Above all, Leanne describes herself as curious. This curiosity streak has gotten her in to trouble on a few occasions at the academy and on the few away missions that she has been able to go on. She is generally good at appearing outgoing and courageous but in actuality she is shy and would at times rather just stay in the lab or sickbay running tests. She generally backs down from confrontation, and avoids conflicts with other especially superior officers. ‘,

‘Strengths: Analytical mind, likes to think out of the box, even temperament
Weaknesses: Sometimes gets lost in her thoughts 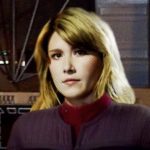 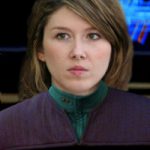 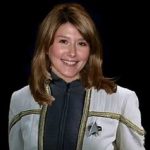 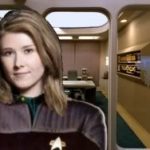