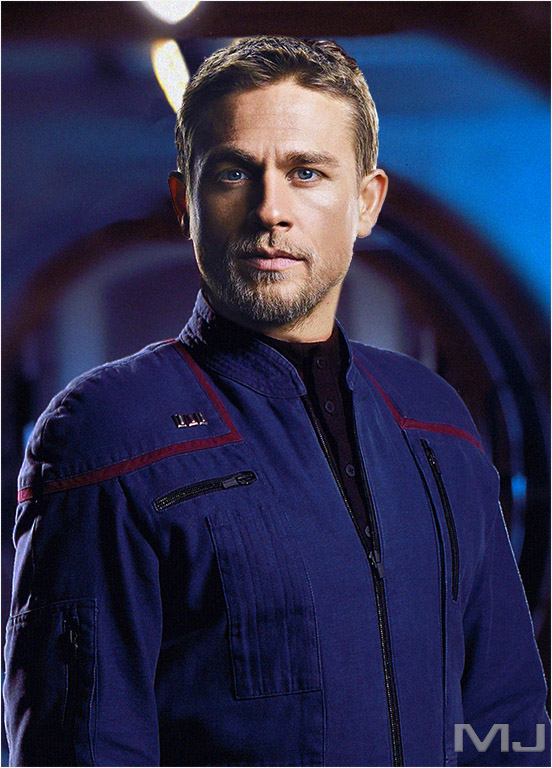 Fredrik Andersson is the chief engineer of the starship Endeavour NX-06. He has been involved with the Starfleet Corps of Engineers since his training and has been involved in special projects, including the Starbase One project.

Early Life
Originally from the Sweedish city of Gothenburg, Fredrik (also known as Freddie or Fred) grew up a lonely child until he started school. There his teachers noticed strong mathematical mind and keen interest in computing. Not only did he enjoy his studies in the scientific and technical departments, but he loved swimming and playing rugby. He represented his schools in both of these sports. Before he left high school he fell in love with his best friend Kristanna. The two of them became inseparable and applied to Starfleet together.

Early Career
Both he and Kristanna attended Starfleet Training Command for four years. Fred took the route of becoming an engineer while Kristanna (who had been a keen in her sports for most of her life, especially in martial arts) went down the armoury route. The two of them spent a lot of their time in-between lectures and studies being together. After they left STC, Fredrik asked her to marry him and she said yes. They were married before they left Earth.

Special Projects Division, Starfleet Corps of Engineers
For sometime, Fredrik was assigned to Team Seven in the Special Projects Division with SCE in Sydney Australia. His team were assigned special projects that required innovative and creative solutions to them. Most of them were giving research to do on systems that would aide Starfleet in its work to improve its current technology in use. After eight years in the division he applied to join a starship.

Arrow NCC-130
In 2150 he was assigned to the Daedalus-class ship Arrow originally as third engineer and two years later was made second engineer under one Lieutenant Commander Thomas O’Brien. Over two years O’Brien took Andersson under his wing and showed him everything he knew about starship engineering. Eventually O’Brien was giving an opportunity to join the SCE’s starbase project. O’Brien offered Andersson a position on his construction team which he accepted without hesitation.

Starbase One
Being on the starbase project was one of the toughest assignments that Fredrik had ever been on. Each day was non-stop with having to deal with a range of problems to make it all work. Working with O’Brien again made it easier. In fact O’Brien pulled a few string and had Kristina assigned to their team as a tactical consultant.

Eventually, once construction on the base started Fredrik and Kristina found them moving their lives to the Berengaria system. They both loved their time being involved in the work. By mid-2155, Starbase One was activated and Starfleet decided to hand temporary command of the base to O’Brien. O’Brien took on the duel role of commanding officer and chief engineer but asked Fredrik to be his second engineer/operations manager while Kristanna was made temporary first officer and chief armoury officer.

Endeavour NX-06
In 2156, war was declared with the Romulan Star Empire. When the sixth NX-class ship was docked at Starbase One, she was in desperate need of a chief engineer. Captain O’Brien agreed to loan Andersson to his friend, Captain Campbell, for the duration of their mission to the Kreetassan homeworld. Andersson would later return to his posting on Starbase One where O’Brien said he would become the base’s chief engineer/chief operations officer as well as second officer.