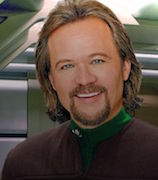 He has long sandy brown hair and a goatee that he keeps neatly trimmed. He isn't muscled like many of the Marines but is more average size. He is trained in many forms of Martial Arts and can do gymnastics and has the body for it.

Shane McColm grew up in Curatiba  Brazil.  His parents were Canadian by birth but lived for a long time in Brazil where they had their only son.  Shane was 14 when his parents died in a shuttle crash leaving him an orphan.

Shane stayed in Curatiba living on the streets where he eventually met up with the Drug Cartel and terrorists known as Carteja.  He became the strong arm of the group by age of 16.  He eventually would become the Body Guard of Carteja himself.  Shane gained a nickname Ange de Morte which literally means Angel of Death.

During his time he met Ana who was one of the woman that the group so loved to find.  She was a beautiful Brazillian lady with flowing long black hair.  He fell in love and when they were 18 the both fled the group and married in private.  For the next 10 years they were in bliss and had a son Wanderlei.

Then in the 10th year of their marriage his wife and young son were murdered by the group they were with.  Shane was serving on the USS Galaxy at the time serving as the Chief of Air Group.  He had found a man whom he had trained for years and was part of his special team had betrayed him.

Shane was distraught and when the man tried to kill him he tore out the throat. It took some convincing but he was able to get self defense and his CO and XO protected him.  It would be a long time before he would earn promotion or so he thought.  The CO and XO decided that they wanted to transfer to Starbase Gamma where he was promoted to Major and given the Second Officer role as well as Chief of Security.

During his time after his wife passed away he went into Marine Spec Ops and Black Ops.  Eventually he took on the role of training the next generation of operatives on Kovar in a hidden area.  Now he is out there as he was placed to Cestus 3 to watch the Gorn Conflict.  However he has recently received new orders to return to Earth for a new role that has yet to be disclosed to him.