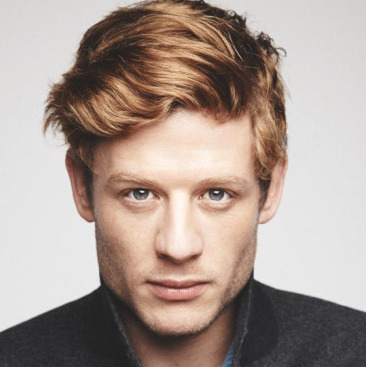 By nature a highly competitive and ambitious officer, Jack Ransom strives to excel in everything he does. As commanding officer of USS Elysion and assigned to Task Force 17 as part of the Delta Exploration Initiative he hopes for the opportunity to initiate first contact with races on the far side of the galaxy.

Born in London, Earth in 2362, Jack Ransom was the third and youngest child of Starfleet captains Harvey and Hilary Ransom. As the third child both parents doted on him, but as he grew older, expectations for him to match the achievements of his older siblings Richard and Cordelia were high. Jack found himself under immense pressure to succeed and dealt with this – and his parents’ expectations – by excluding almost everything else in his life in order to focus on attaining (and surpassing) the prior academic and physical achievements of his brother and sister.

This meant that outside of the family group Jack had few friends, and this became more evident when first Richard and then Cordelia left the family estate to travel to San Francisco to attend Starfleet Academy. With little else to occupy his time and with his parents pursuing their own activities, the teenaged Jack immersed himself even more in his studies.

When the time came to submit his own application to Starfleet, this became his sole, overriding obsession for months beforehand. As expected, he passed the entrance examination with flying colours.

Even before he joined the Academy, Ransom’s objective was to forge a career path which would lead to his own starship command, and to this end he chose to follow the Operations Branch School track in order to gain a well-rounded view of how a starship worked. During his sophomore year he took additional outside electives in auxiliary craft operations and zero-G maneuvers. In his junior year he took additional electives in flight control & navigation and a foundation course in starship engineering. In his senior year he engaged in small unit tactics training, and undertook additional courses in advanced situational leadership, tactical & strategic operations and psychology.

During his strategic operations course, Ransom became famous across the Academy overnight for standing up in the middle of the lecture hall to openly challenge Professor John McBride’s established thinking on the First Battle of Chin’toka. Within ten minutes, the lecture hall was packed with three times its normal capacity with students and faculty members alike drawn from across the campus to see the spectacle. When the bell signaling the change of lessons rang and both men were still in furious, loud and public debate, nobody moved. Both professor and student argued passionately to a stalemate, which eventually came to a conclusion of sorts when McBride ordered Cadet Ransom out of the theatre.

At the end of the course, expecting a ‘fail’, Ransom was surprised to be awarded a pass with distinction and a written commendation from McBride for ‘original thinking and a singular display of personal courage in the face of a perceived no-win situation’.

Graduating in 2384, Ensign Ransom was assigned as a junior operations officer aboard the Galaxy-class USS Redemption under the command of Captain Donald Weller. Weller saw the potential for command in the young officer almost immediately and set about providing situations and opportunities for Ransom to explore and develop his personal skills. Ransom’s career developed quickly with a number of rapid promotions, but he and Weller remained in contact with each other and became good friends.

When the orders came through for Captain Ransom to report to USS Elysion for assignment to Task Force 38 and onward deployment to the Delta Quadrant, the first message of congratulation received came from Vice-Admiral Donald Weller. The second came from Captain John McBride.