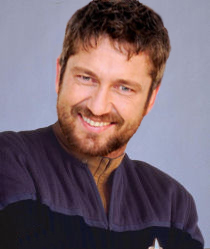 Vitor was born on Earth in 2361. He is the only child of Carlos and Jane. His parents were an odd couple that completed each other. Carlos was an adventurous Starfleet officer, with a big heart and careless at times from Portuguese origins. Jane was a trader born in space, from parents of ancient English origin with a sharp mind, careful personality and as the Ferengi say “lobes for business”.
They meet on Risa and what started as “summer love” grew to a successful long distance relation.

Being an only child Vitor was pampered by both, and learned the awkward balance between his parents, both with their own careers which implied split time between them. When he needed more stability he would be with his paternal grandparents on Earth.
The best of times was when all of them were together, parents, grandparents and him on the family farm, those are Vitor’s best memories. The farm, now with only his grandfather Jonas living there, is the only place he feels as home.
Used to travel around Vitor quickly learn to not get too attached to things, people and places, rather to cherish the experiences and broader his horizons. And then his world was shattered by the Dominion war. On Earth he was safe, but his parents were among the casualties.

Vitor managed to hide the loss under a shell of a joyful character. And by the end of high school he had set a path for his future. Like his father he would enroll in Starfleet. His grandfather was against it, but his grandmother managed to put in a few good words from his fathers former Captain and since Vitor was a good student he was able to enroll in the Academy.

From 2380 to 2384 he worked hard and graduated forth in his class. It was a proud moment, even for his grandfather, but only the start of his career.

His first assignment was the USS Adelaide, serving on the Federation-Klingon boarder he wiped his ears until the attack on Mars. The images struck hard on Vitor, bringing back deep buried memories, has did the death of his grandmother.
He asked for a transfer, hopping to be more useful on a larger vessel. Due to his excellent commission on the Adelaide he managed to land a post on the Sovereign, and in the the old class prototype he owned his skills as an efficient tactical officer.