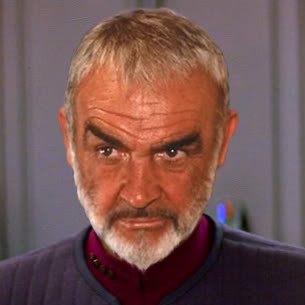 On the surface, John McBride appears gruff, rude and intolerant - an image he intentionally cultivates. Underneath this exterior, he actually cares deeply for those that he is close to. He despises unprofessional people, those he considers incompetent, and the majority of Starfleet flag officers (a great number of who fall into both of the first two categories, in McBride's opinion). In short, McBride would describe himself as unable to suffer fools gladly. He has a tendency to look upon those that he works with - especially his younger colleagues - as his students - in many ways continuing his former occupation as teacher and mentor. These individuals will benefit from McBride's experience, intelligence, wisdom and wit - but will also suffer his disappointment, sharp tongue and annoyance 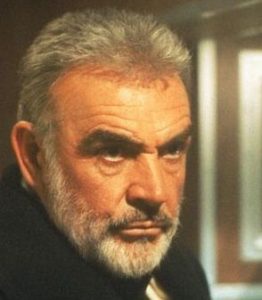 John McBride was born in Edinburgh, Scotland in 2330 to university professor Thomas and his wife Mary, a school teacher. Showing a fascination with all things ‘space’ from an early age, John’s parents liked to joke that their eldest child would one day grow up to become a Starfleet officer. Little did they know how accurate their light-hearted prediction was to become.

Upon graduation from school, John surprised his family by proclaiming that pursuit of a career as a Starfleet officer was indeed his intent. Although disappointed that John did not plan to follow a career in education as they had hoped, his parents did all they could to support their son in achieving his goal. Family friend Captain Rhys Donovan became John’s sponsor to Starfleet Academy and he began his education as a freshman cadet in 2348, following the Flight Control track.

Following his graduation, McBride was assigned as beta shift conn officer aboard USS Victory, going on to serve aboard her for a number of years. Later, as a junior grade lieutenant, McBride transferred to the Tactical branch and was reassigned to USS Fort William Henry.

Over the next fifteen years, McBride served with distinction aboard a number of starships, becoming a master strategist and tactician and achieving the rank of lieutenant commander as Chief Tactical Officer aboard USS Kennedy. Following the death of Kennedy’s Executive Officer during a disastrous Away Mission, McBride was appointed XO in his place, and later promoted full commander. Although his natural presence and command style allowed McBride to fulfil his new role to an excellent standard, he missed his former position. As XO, he was forced to deal with issues which he regarded as being of lesser importance such as crew morale, discipline, diplomacy and shore leave. He longed to return to his previous life of charts and planning, psychological profiles of the enemy and drawing up tactical operation plans.

His disenchantment came to a head in 2375 when he was informed that he was slated to be promoted to captain and assigned command of the Ambassador-class cruiser USS Anchorage.

Protesting strongly, McBride informed his superiors that he wasn’t interested in becoming a starship captain. He was a strategist and tactician and if anything, he wanted to return to that field. His words fell on deaf ears as Starfleet Command informed him that as a Starfleet officer he would carry out his duties as ordered.

McBride had other ideas however and promptly resigned his commission.

Within six months, he was approached by the Commandant of Starfleet Academy. There was a position available on the faculty which she felt would be ideal for McBride. After a short period of reflection, he joined the Starfleet Academy teaching staff as a civilian, filling the post of Associate Professor of Strategic Studies.

Over the next twenty years, McBride taught strategy and tactics to thousands of fresh-faced cadets, happy and content in his academic world. He refused a promotion to Head of Starfleet Tactical School on three separate occasions, although in 2393 he eventually accepted the position of Emeritus Professor of Strategic Studies and deputy head of the department.

Following the stabilisation of the Barzan Wormhole and the commencement of the construction of Starbase 38, McBride spent a great deal of time soul-searching. In true McBride style, once he had made his decision he negotiated his secondment to the Starbase 38 team as a civilian strategy advisor, a role that was later formalised at Vice-Admiral Niana’s request with his return to Starfleet and promotion to captain. McBride relished the opportunity to learn more about unknown or relatively unknown hostile races and to develop the strategic and tactical plans necessary to support Starfleet’s operations in the Delta Quadrant.