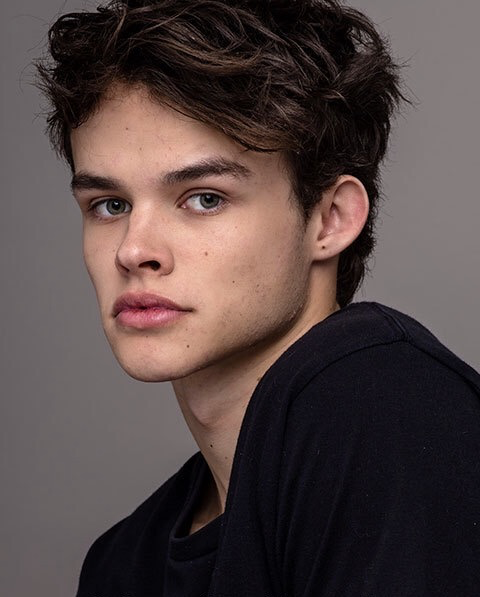 Ensign Theo McDonnell is a 22-year old Freshly graduated Nurse, currently serving on the Federation starship USS Arcturus. The only child of Arturi and Heather McDonnell, Theo was born on July 6th 2377 at the Medara University Hospital on Betazed. His late father was a professor of Medicine at the university and his mother is a Starfleet officer, currently serving as Commanding Officer of the USS Cherry Blossom. Theo's decision to follow his mother in Starfleet led to an acrimonious rift with his father who had hoped he would follow him into a life of academic study. This rift was, unfortunately, not mended by the time that his father passed away in November 2389.

Theo McDonnell was born on July 6th, 2377 at the Medara University Hospital on Betazed to Arturi and Heather McDonnell. Though she took an extended leave of absence to raise Theo, Heather returned to her career in Starfleet when he was 7 years old taking an assignment aboard the USS Blackbird which was permanently assigned to the Betazed Sector. This allowed her to be close to her only son and be an effective co-parent with her husband. From an early age, Theo displayed an interest and aptitude with Biology and by the time he was a teenager he harboured a desire to become an Nurse in Starfleet. Despite this, his father insisted he abandoned these dreams and wanted Theo to devote himself to a life of academic study as he and his father had before him. Although reluctant, Theo denied his father’s wish although this often led to their relationship becoming strained. In acts of defiance, Theo would often hide in the naturally occurring tunnels underneath his father’s home or disappear into the Loneel Mountains on the outskirts of Medara. The latter led to an interest in hiking in his teenage years that would persist in to his time at Starfleet Academy. Because of his father’s insistence of a strict program of study, Theo did not have many childhood friends and was very much a solitary child and teenager. Many of his peers viewed him as a loner and avoided prolonged contact with him.
Notably, he was more animated when visiting the USS Blackbird, his mother’s long term assignment. Theo could often be found asking questions to the ship’s Medical department and it is here that his social skills developed the most, although he was still nervous around children of his own age. His time aboard the Blackbird would be extremely educational for his Starfleet aspirations and he learnt much about Science & Healthcare in his teenage years.
——————————————————————————————————————
Passing his entrance exam on his first attempt, Theo enrolled at Starfleet Academy in early 2395 and was accepted on to the Medical pathway. He Majored in Nursing with a minor in Psychology. Throughout his four years of study, Theo’s academic tutors noted Theo’s academic prowess (in contrast to his previous University studies) though they did express concern that he did have trouble socialising for much of his first year. Referred to the Academy’s mental health program, he was diagnosed with low self-esteem likely as a result of his father’s domineering parenting. Weekly meetings with counsellors and a desire to push himself to be the best version of himself, his socialisation skills increased exponentially during his second year although he was never considered a ‘popular’ cadet.
When his father was diagnosed with the terminal Irumodic Syndrome and passed away in October of 2396, Theo struggled and was plagued with feelings of guilt and remorse over his stubborn refusal to mend the rift that had begun when he had announced his was going to join the Academy. These feelings would impact his life: while he was still in the top percentile of students, he became increasingly withdrawn and reserved, preferring to focus on his studies rather than deal with his guilt and grief. Some of his academic tutors believed that his devotion to his studies was a subconscious attempt to win his father’s posthumous approval. It was a sentiment that Theo would later acknowledge as being correct.
In 2399, Theo graduated from Starfleet Academy after completing his final exam. A few weeks later he found out he was assigned to the USS Arcturus.