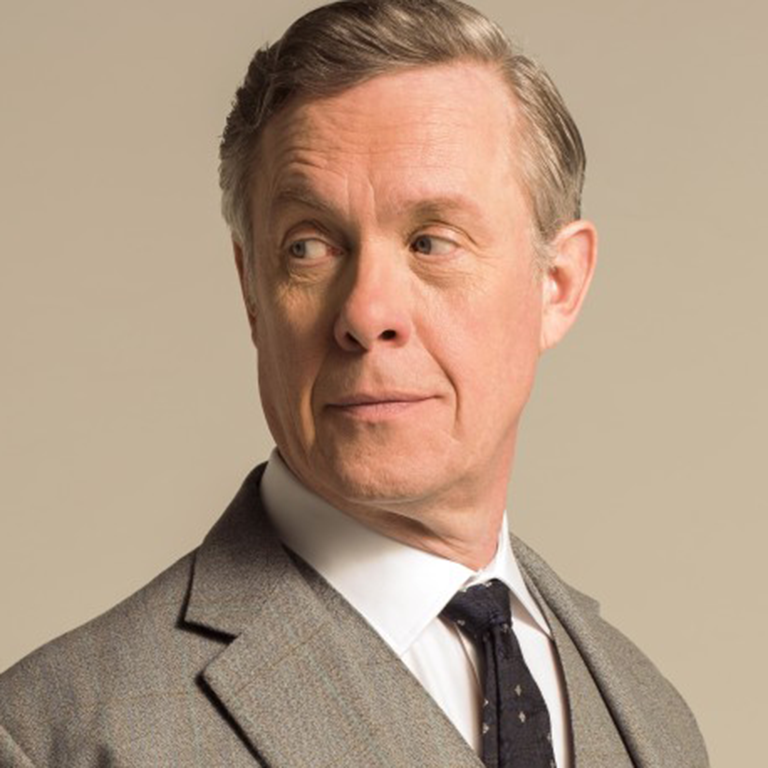 Assiduous and conservative, Belvedere always considers every option before making a decision and is a certified workaholic. While he is very dedicated to the Federation's ideals, he is not one to allow that to get in the way of his own personal advancement.

Belvedere was born in London, England on November 6, 2337. His parents were both members of the United Earth government, which afforded him a certain amount of privilege and raised the expectations on where his career would take him. He was educated at Eton College from 2348-2355 where he was part of the prestigious Starfleet Academy Preparatory Program from 2351-2355, where he was well-suited to the academic requirements but struggled slightly with the more physical ones.

After matriculating at the academy in 2355, Belvedere expressed a desire to serve as a command officer or perhaps a flight control officer, but the placement exams revealed that his talents were much more centered around administrative and organizational tasks, so he was put in the operations officer track. He also took coursework in interstellar relations, balancing between technical know-how about starship and starbase systems with the interpersonal skills that he already possessed. His initial aspiration was to eventually join the JAG Corps or the Diplomatic Corps, but he really was just eager to finish his studies and get out into the wider universe.

Belvedere’s first posting out of the academy was as the Commanding Officer’s Yeoman on Starbase 47, serving under Rear Admiral Patrick Hudson. While most career yeomen were enlisted personnel, it was common to also allow junior officers to take these positions to get greater experience in management and administration, and Belvedere enjoyed being close to the action. He quickly proved himself adept at making connections and ensuring that the admiral had everything he needed, which earned him a promotion to Lieutenant Junior Grade after two years, as well as a shift to the Flight Control center on the starbase, so he could get more hands-on technical experience. In this role, he was responsible for coordinating the starship and shuttlecraft arrivals and departures.

In 2363, Belvedere was promoted again and became Chief Operations Officer at the much smaller Starbase 217. In this role, he was responsible for managing the various power and supply demands of the base, and this was something that he excelled in. He quickly developed a reputation as someone who was exceptionally parsimonious but who could get anything from a network of contacts and associates across Starfleet when he needed to. In 2369, he became a Lieutenant Commander and took on the additional duties as Executive Officer of the same station, a position that he held through the end of the Dominion War in 2375.

With 16 years of service under his belt on Starbases, he had basically solidified the fact that his transition to a starship was unlikely at best. In 2375, he accepted a transfer home to Earth, serving as both the Aide-de-Camp and Chief of Staff to the Assistant Director of Starfleet’s Materiel Supply Command, which thrust him into the political scene at Starfleet Command. He was very adept in this role, easily recognizing power structures and hierarchies that weren’t precisely as they were described in the handbook. He advanced to commander and took the same role for the Director, spending a total of five years at headquarters, before he was given his first command: Starbase 414.

Starbase 414 was a Presidium-class station located near Talarian space, and so a much more minor command than he had hoped for, but he was finally king in his own castle. Given that it wasn’t at the top of any supply priority lists, Belvedere was able to use his connections at SFMSC to get things that he needed ahead of priority, and cultivated his reputation as a benevolent commanding officer who put his crew first, even if he was chiefly concerned about his own advancement. After four years, he was promoted to captain for his good work. He was very comfortable on Starbase 414, spending ten years in charge of the station. He especially liked the independence it gave him, though he did start to miss some of the intrigues of working in the Federation’s core.

In 2390, he was promoted to Commodore and made Assistant Director of Starfleet Materiel Supply Command, which marked his return to Earth and a dramatic increase in his authority. In many ways, though, it seemed like a step-down, as he was more often than not responsible for implementing someone else’s policies. After two years, he angled himself for a shift to Starbase 47, serving there as commanding officer for 5 years.

In 2397, Belvedere was promoted to Rear Admiral and transferred to the newly-completed Starbase 38 in the Barzan system, one of the most important bases in the Federation, thanks to its control over the Barzan Wormhole, and thus all travel between the Alpha and Beta Quadrants to the Delta Quadrant. Following his success in leading a unit at the crossroads of many powers, Belvedere was tasked with leading the Fourth Fleet’s Task Force 72 from its eponymous starbase.