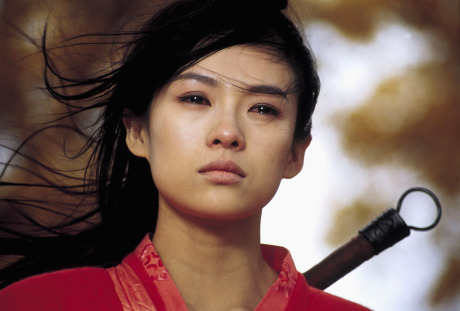 Minna Chang is a former MACO who served for eleven years and then left the military to start a family. She found happiness with her husband and two children in Osaka, Japan, where her husband was a medical doctor and Minna a police officer. Everything changed in the year 2153 when tragedy struck, with her husband and teenage son killed during a family vacation in Florida when The Xindi attacked. Her daughter, a cadet at Starfleet Academy and her lead instructor who, coincidentally, was Minna's former commanding officer, pulled a few strings and the former security officer again found herself in uniform. A grieving widow, Minna took readily to vengeance. She was posted to the MACO detachment on USS Enterprise, and then the Endeavor.

Minna Joined Starfleet immediately upon graduation from high school in the year 2127 and served with distinction during her year at MACO Academy and Recon-Sniper school, then a four-year assignment attached to the USS Phoenix and left the service at the rank of Staff Sergeant following a five-year mission as MACO Detachment NCOIC on the USS Meridian in the year 2137.

Minna married Lieutenant Shintaro Kimura, a science officer during the final months of her tour on the USS Meridian, and the two of them moved to his hometown of Osaka, Japan. They had two children; daughter Kyungmi born in 2137 and son Shingo born in 2140. Minna was a stay-at-home mother until Shingo started preschool in 2144, at which time she applied for and was accepted at the Osaka Prefectural Police department, where she rose to the rank of Sergeant.

In 2153 things changed quickly for Minna.  The year started on a happy note with daughter Kyungmi graduating from high school two years early at the age of 16 and was accepted at Starfleet Academy on track to become a science officer, but took a dark turn from there.  Minna, her husband and son were on vacation to the United States, with Shintaro and Shingo touring Epcott Center in Florida while Minna visited Kyungmi at Starfleet Academy in San Francisco.  Barely one week after The Xindi attack, Minna returned with her daughter to Starfleet Academy and re-enlisted in the MACOs.

Minna returned to duty and was immediately assigned to the MACO detachment on USS Enterprise where she was one of four squad leaders.  She participated in all phases of the MACO operations against The Xindi including the final battle on board The Xindi weapon, where she was critically wounded.  Upon return to Earth, Minna was giving a medical discharge from the MACOs at the rank of Master Sergeant.

So horrific were her injuries that Minna spent over a year at Walter Reed military hospital.  Her left knee was completely shattered, as well as damage to her left hip and shoulder, but the injury that forced her out of the MACOs was a final hit to her lower back by a Xindi bio rifle as she evacuated the Xindi weapon.  The spinal damage could not be repaired on board the Enterprise, and it was feared that she would never walk again.  Many surgeries later and Minna eventually did learn how to walk, and then how to run.  While she is medically disqualified from continued MACO service, she was able to (barely) pass the Starfleet physical and was given a lateral transfer and promotion to Master Chief Petty Officer and assignment to the USS Endeavor.  As “Chief of the Boat”, she was the most senior member of Endeavor’s crew to survive the Battle of Sol where she was again wounded, but returned to duty as soon as she was cleared by Medical.