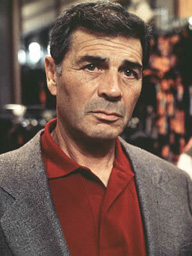 Walter is a bit scruffy looking and looks more like someone you would find face down at a bar in some god forsaken trading post then Captain of a ship or fixing delicate machinery and warp cores. His face looks world weary but when you start talking about engines or plasma manifolds a certain sparkle lights up in his eyes.

A little rough around the edges but always ready to lend a helping hand. Loves a good story and as well as a game of poker. Walter is very slow to trust people but once he does he will defend them with his whole heart. His crew and ship are the most important things to him and will fight tooth and nail to make sure they come out unscathed.
Strengths & Weaknesses

Strengths: Mechanical aptitude, quick with a gun, loyal to his friends, loves to joke with people.

Weakness: Prone to drinking, womanizing and gambling. Likes to sleep.

Ambitions         Profit, fame, making a niche for himself in the galaxy.

Personality & Traits
Walter is the son of two distinguished Starfleet engineers. From an early age he was pushed to go into Starfleet engineering and get a respectable job. Walter never did enjoy school, he’d rather spend his time skipping school and tinkering with hover bikes and broken shuttlecraft. After years of trying to “stick it to the man” on earth he decided to strike out on his own and seek his fortunes. His first couple postings found him on backwoods space stations doing handyman work. Fixing everything from food replicators to warp engines. Though it gave him valuable experience fixing different types of ships, the work itself wasn’t very meaningful and he was tired of working on a new piece of junk every day. Jones joined up with a freighter crew headed towards the frontier promising fame, fortune and a ticket away from the god awful station that he was working on.

The ship that he would join up with was the SS Tim is a Jerk. The Captain had a fight with one of his old employers and decided to make sure that the entire quadrant know that Tim was indeed a jerk. The Tim is a Jerk was in the business of arms smuggling, illicit trade and anything else that would pay a buck or two. Jones wasn’t too keen on the idea of the shady lifestyle but it paid the bills and it allowed him to work on the same piece of junk day after day. After several years of running “Less then legal” arms for first the Marquis, then for anyone who would pay them, the SS Tim is a Jerk ran afoul with the Federation. Walter’s charges were dropped since he was just an engineer. Jones took a less hazardous position on the border with Cardassian space as an in house mechanic for freighters making trade runs and stayed there for 5 years.

One day after crawling out of a particularly disgusting warp core, Jones had an epiphany, Why work for other people and be poor when you can work for yourself and be not quite as poor. Walter looked into getting his own ship and found it with the SS. Warden.
Service Record         Starbase 34 – Mechanic
Starbase 519 – Engineer
SS. Tim is a Jerk – Engineer
Starbase 51 – Engineer
SS. Warden – Captain