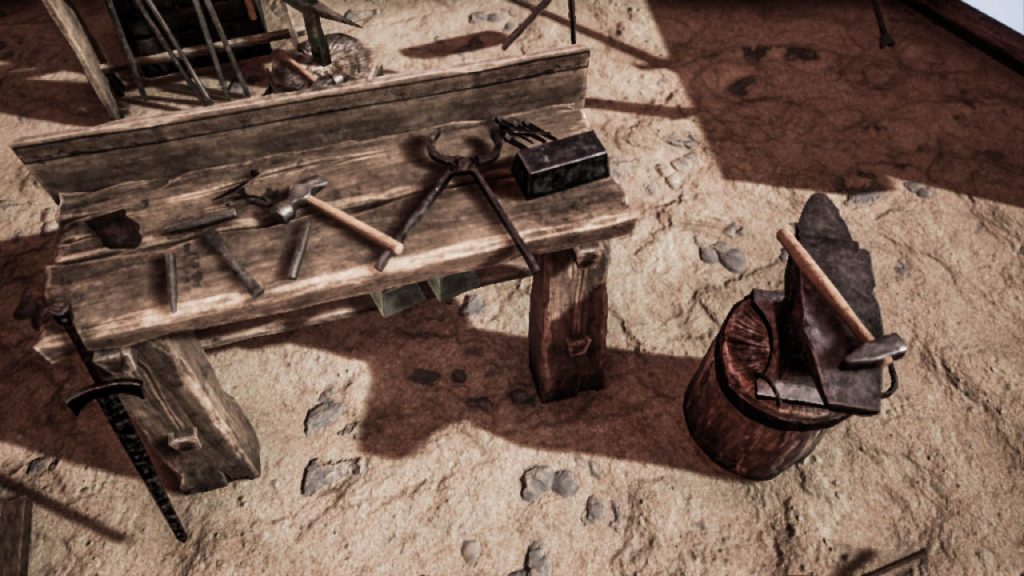 It had not taken long for Simon Rasmussen to exhaust his survival options in the woods. The wildlife had gotten wise to his snares, and the meager provisions he’d been able to gather from nature, while technically enough to keep him alive, were not substantial enough to fuel his morale. Despite his affinity for gathering nuts and berries to keep his colleague in the Duck Blind happy, wilderness survival was a hobby. He didn’t want to spend a week in the woods, and there was still the unanswered question of what happened in the Duck Blind? Why were his teammates dead?

The answers he sought might be in the capital city.

In his mind he had done the math. The team was supposed to check in with Starbase 21 two days ago. When 21 didn’t receive a report, they’d send a starship to investigate. Simon figured that could take another two days, give or take a few hours.

Simon had wandered the streets of the capital for a day before he’d secured a position as an assistant to a farrier. As a youth, he spent a few summers on his aunt and uncle’s horse farm in Kentucky and knew enough to get by. Adapting his knowledge to a medieval society had been somewhat of a challenge, but thankfully the tools hadn’t changed much in 900 years.

The forge, however, had. The portable fusion powered forge his aunt and uncle’s farrier used was far preferable to stoking the one belonging to the blacksmith who was not Simon’s employer. But the man had provided him with a room with a straw bed and three meals a day. Simon knew that such interaction with the Mercia VII natives would draw the ire of the Federation Science Council board of inquiry that would no doubt be convened once they learned of this, but he was trying to survive and conduct and investigation.

So far, he’d been more successful at survival than in learning anything about what happened to his friends.

In the three days he’d been working in the city, Simon had mainly been relegated to stoking the forge, helping Chance, his employer, with particularly unruly horses who wouldn’t stand still to be shod, and mucking the stalls of the horses Chance looked after who were sick. Today though, Chance had assigned Simon an errand.

“Hitch up the cart and take it to coal yard,” he said. “Ursel owes me for looking after his mare for a month. Make sure he gives us three kessels, no less. That was the deal.”

“And tell him next time I’m gonna need gold rather than a trade for coal.”

Simon nodded and set off to complete the task.

Skilled as he was as an anthropologist, mass estimation was not among Simon’s talents, putting him at a disadvantage to even the most illiterate of Mercians. He would have to trust that this Ursel character was an honest merchant and would deliver three kessels — whatever that was — of coal. Chance had proven himself to be fairly even tempered, but Simon did not want to discover if the man had wrath in him to bring down upon a well-meaning, but ignorant stablehand.

Simon almost wished Chance had asked him to purchase the coal outright. In his frequent observations, he had deciphered the Mercian currency system within the capital, though most of the city dwellers engaged in business transactions through barter. Given another six months or so of going native, Simon might be able to divine the local economy enough to estimate the value of items at the open market or even a three kessels of coal, but for the moment, he was at the mercy of good fortune, and whatever Ursel’s sense of fair trade was going to be.

It took him a while to get the horses hitched to Chance’s cart, which was mostly made of some kind of metal. Simon assumed it was the local equivalent of iron, which made it heavy, and accounted for the four horses needed to pull it. Simon also assumed that it meant three kessels of coal was massive enough to require Chance’s iron wagon.

The directions Chance gave Simon to Ursel’s coal yard were surprisingly helpful and accurate. The local landmarks he used were easily recognizable, and even though Simon didn’t put stock in superstition, he hoped it was a good omen.

As he dismounted the cart, a man called out to him.

“Lead ‘em around back,” Ursel said, motioning to the horses and cart.

A boy who looked like he was in his mid-teens rushed out from a shack that Simon assumed was Ursel’s office, making his way toward the horses to help Simon.

“Thank you,” Simon said as the boy took the lead.

“He’s eager, ‘at one,” Ursel said, pointing toward the boy. “Thinks he’s ready to apprentice. No idea what he wants to do, jes’ wants to be an apprentice. His mama though…” Ursel looked over at Simon and gave a chuckle, as if he was sharing a private joke. “Not ready to let ’im go. Women, right?”

“Yeah, but I’ve a hard time blamin’ her, really. With all these…” Ursel lowered his voice and leaned in toward Simon. “…disappearances.”

The way he said it piqued Simon’s interest.

Ursel’s expression was incredulous, as if Simon’s hair had spontaneously turned purple.

“Have ye been stewin’ in Taggart’s brew fer four moons?”

Simon felt the blood rushing to his face. He hoped Ursel would move past his surprise and start talking. To Simon’s relief, he did.

“The disappearances,” he said again, low as though the word was cursed. “’Bout ten of our boys from the village outside the city.”

Under ordinary circumstances, the plight of the natives would be none of Simon’s concern. The Prime Directive was clear, but his friends and teammates were dead, and every scrap of information could help reveal why.

“I…hadn’t heard,” Simon said. It was the first time in days that he had sounded genuine, had not been putting on an act. “How?”

“One of the boys got away,” Ursel said. “Been squawkin’ about some bandit that came outta a wall o’ flame, showin’ a stick o’ fire. Said the bandit took those boys back through the flame and disappeared.  Lots o’ folks sayin’ the lad got into Taggart’s swill, but me…he’s not the kind. I think he’s touched in the head.”

“Wall of flame.” Simon’s mind rushed. “Stick of fire.” He tried to mask his reaction. That could be anything. Maybe the kid did get soused. Maybe Ursel’s right and he suffers mental illness. It was wishful thinking, but all his instincts pointed toward the natives of this primitive population being exposed to a 23rd century transporter and a phaser or even —

“Huh?” Ursel had a confused expression as he regarded Simon.

“Nothing. Sorry. Um…these boys. All from your village.”

“That’s…too bad.” Simon struggled to maintain the role he was playing. If the worst case scenario was playing out, whoever killed his friends was smart enough to know the Duck Blind was here on Mercia VII, and if they knew that, they probably knew how many people were on the Duck Blind team. If they counted the bodies, they knew they had missed someone.

The boy, leading the team of horses who were pulling the now full cart of coal, handed the lead to Simon. He fished in his pocket for a small gold coin and handed it to him.

“Thank you, young master. Keep yourself out of trouble and do what your mama and papa tell you.”

The boy didn’t say a word, but his eyes gleamed at the sight of the shining coin. He ran with it back into the shack.

Simon gave Ursel an informal salute, climbed up onto the cart and shook the reins. The horses started at a leisurely gait, gradually speeding up.

He was halfway back to Chance’s shop before he realized he forgot to tell Ursel about only accepting gold the next time.

With any luck, he thought, I’ll be long gone from here before Chance can get mad about it.