During the Atlantia's mission to track down the species that launched subspace weapons, Omega particles are detected.

After Atlantia is hit by an unknown weapon emerging from subspace, Captain Treylana Hess is forced to implement the Omega Directive and sets a course at maximum warp for a nearby M-class planet. When they reach their destination they discover it was home to a once advanced civilization who had been testing with omega particles. When it appears an explosion has gone off in one of their cities, Hess leads an away team down to the planet to beam the remaining particles back to her ship. When the harmonic resonance chamber fails to contain Omega, Hess is forced to open fire on the planet with gravimetric torpedoes instead. Successfully they destroy Omega, but leave the lifeless planet behind now ripped apart from their attack. 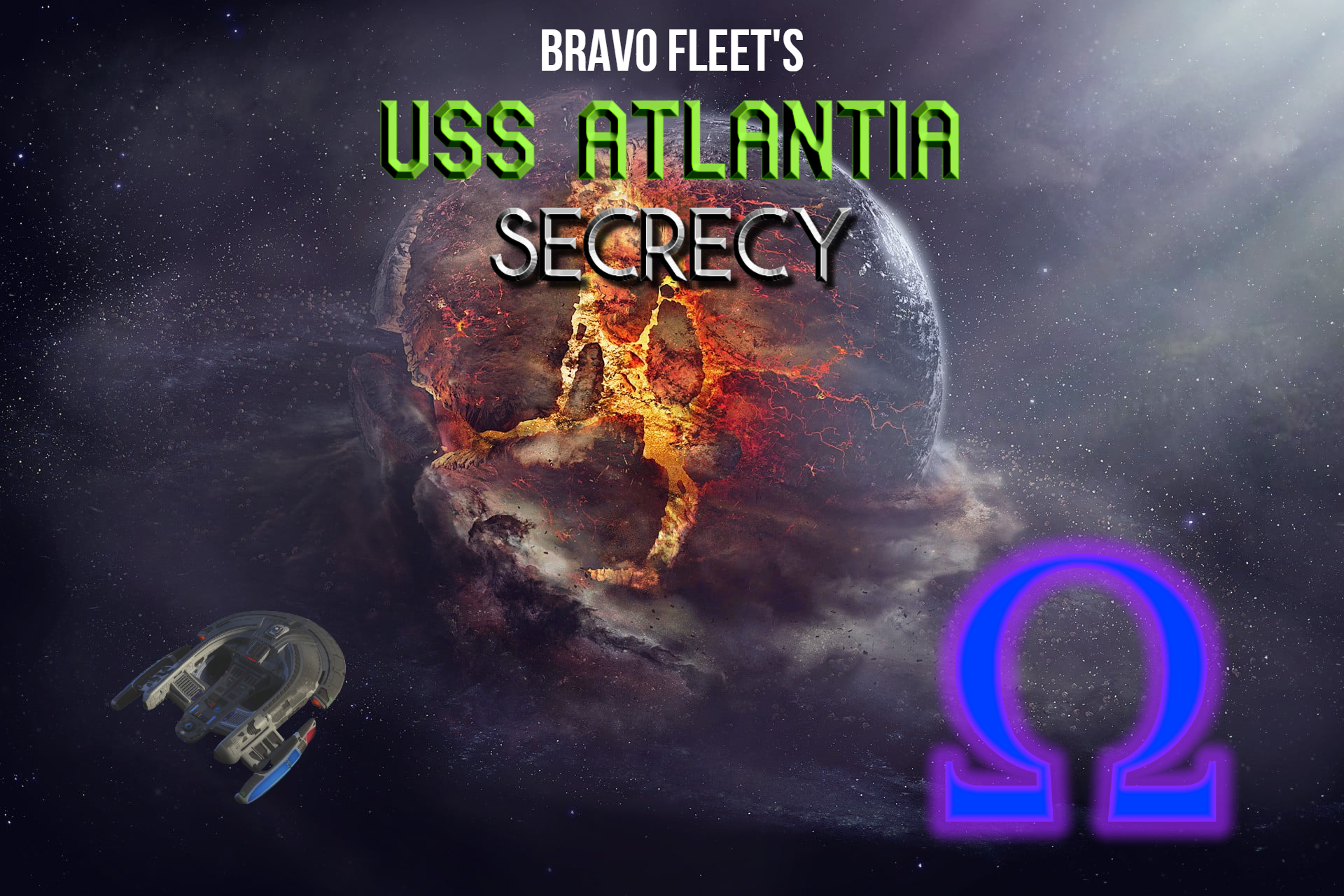 “The time is twenty-hundred hours.” the computer announced with melodic chime. Treylana’s eyes opened and she uprighted herself from her reclined position on the sofa in her ready room. It wasn’t common for her to sleep while she was technically on duty, but given the nature of her next [...]

It was early into the afternoon hours. Crew all over the ship were running rampant to either complete important tasks that had been assigned to them or relieve personnel that had been. If there had been anyone aboard the ship at that moment that wasn’t a member of the crew, they might have [...]

Phil exited the ready room with a very perplexed look on his face. He knew something very serious was going on, but Treylana wouldn’t give him any explanation as to what it was. “When was the first officer ever left out of the loop?” he thought to himself. It didn’t seem right, but there [...]

“Captain. We are approaching the coordinates.” Eager to get started with their mission, Treylana started restating orders that she had discussed with her staff in the briefing days ago “Yellow alert! Slow to one half impulse. McDougal, raise shields. Petrov, start scanning the region [...]