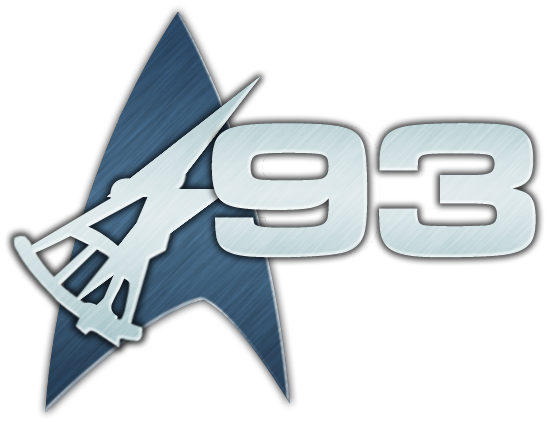 What’s Going On With Task Force 93?

This just in from the FNS, from the USS Venture who is assigned to the Raeyan Transit Corridor within Task Force 93. Here what’s been happening!

After a series of dangerous missions involving both the warring Cardassians and Romulans; the Venture participated in diplomatic negotiations on the neutral planet of Haess III. Blockaded by the Romulans, Haess is a key point along the main Gavarian corridor trade route. Taking over the negotiations for the ship’s new temporary Captain, newly promoted Commander Makayla Perin distinguished herself, laying the groundwork for future negotiations in the region. Meanwhile, Captain Ritter undertook a covert mission to undermine Romulan influence in the region; with her mission complete, Ritter officially remained on the planet as Starfleet’s liaison with the planet’s indigenous population, the Hayden’ak. What she’s actually doing is unknown.

In recognition for her service and with the urgent need to replace the ship’s Captain, Commander Perin was offered and accepted command of the Venture. Returning to Earth once the first stage of negotiations were complete, Venture underwent an extensive 5 month refit in an effort to bring her up to modern technological standards. During that time, many of the crew cycled out and took on other assignments, including several members of the senior staff. However, a few stayed on.

With Venture’s refit complete and her new crew coming together, the Galaxy class ship headed for her new area of operations the Raeyan Transit Corridor. Due to the unrest in the area and the stipulations placed upon the Romulan Colonies now in Federation space that all Romulan Citizens must leave by 2391, Captain Perin has directed her staff to find a way to gain the trust of the Romulan colonists. Her hope is that they either apply for Federation protected status or make the potential removal process less painful for all involved.

On their way to a test colony Captain Perin diverted the Venture to investigate a strange and uncharted nebula that shouldn’t exist in this part of the Corridor.