The Osiris Initiative: Welcome to 2399 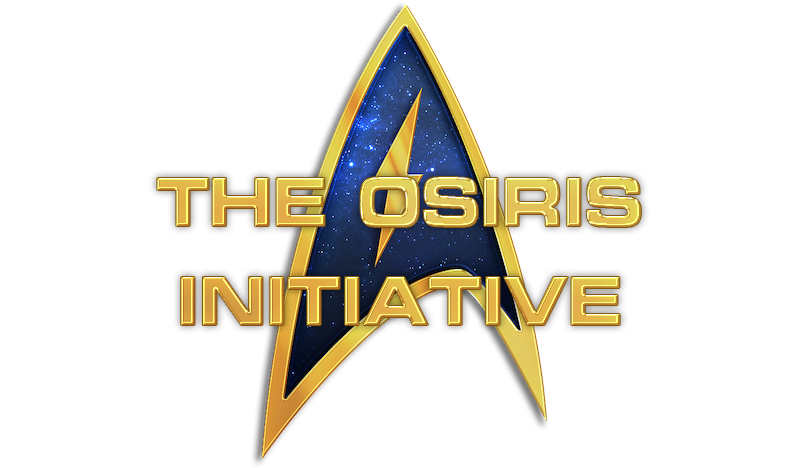 “We withdrew. The galaxy was mourning, burying its dead, and Starfleet slunk from its duties.” – Jean-Luc Picard

The galaxy is a more dangerous place than it was twenty years ago. The Romulan supernova triggered a massive disruption to the balance of powers in the Alpha and Beta Quadrant. The Attack on Mars wounded the heart of the Federation and hampered Starfleet’s shipbuilding for years. Weak against these disruptions abroad and with trouble at home, Starfleet reduced its presence in the wider galaxy, along borders, and in troublesome hot-spots.

After fourteen years, Starfleet is finally in a position to flex its muscles again. To reinforce its own troubled corners and more distant borders; to usher in a new era of deep space exploration. The 4th Fleet has been chosen to spearhead this expansion, this rebirth, in a plan designated the ‘Osiris Initiative’

With a rush of new ships and new commanders assigned to the fleet, solid intelligence and understanding of current conditions across the galaxy are essential. As such, summons have been issued to captains of the Fleet and key staff to a conference, where experts and operational commanders will provide key briefings on the situation for each of the fleet’s main areas of operations.

Ahead of Starfleet’s endeavour to define its place in the galaxy for the 25th century, some of its best and brightest will gather at Starbase Bravo.

‘The Osiris Initiative’ is a role-play event for all members of Bravo Fleet. It is, very simply, the IC gathering of the captains of the fleet at Starbase Bravo to meet, socialise, exchange wisdom, and of course participate in the detailed briefings relevant to their assignments.

Held on the returning Bravo Fleet forums (details forthcoming!), members will write their characters in the year 2399, in some cases for the first time, interacting with other characters across the Fleet and engaging with the new canon. It is a chance to, through role-play, develop IC and OOC bonds and more immersively get to grips with the changes to the galaxy ushered in by 2399 and Star Trek: Picard.

The briefings themselves will be written by members who have been responsible for developing the relevant parts of the 2399 canon, and issued by the relevant characters. The interactivity of these briefings may have to be limited – dozens of individuals may not all get the chance for a back-and-forth in an IC question and answer session – but there will be the opportunity for characters to discuss galactic developments among themselves, between captains and with superior officers.

The emphasis of this event, however, is on the role-play in between. Sharing bunkrooms with other characters for the duration, gathering in the bar between and after briefings and discussing what’s just been learnt, sharing stories already developed about the new, modern era. It’s a bit of fun, a chance for people who don’t usually write together to do so, under the theme of Starfleet turning its gaze and hopes back to more distant stars. Our experience of past Bravo Fleet events like this, such as the classic Bat’leth Tournament, is that building IC bonds amongst characters and OOC bonds among fellow writers only improves the spirit of the Fleet.

It might sound very excluding, focusing this event on captains. The option for captains to bring relevant members of their senior staff will exist. But it’s worth noting that under the new model, every member of Bravo Fleet will get the chance to write as the captain of their own starship. This is a great time to bring in the character who will be commanding that ship – not yet assigned a specific vessel, but knowing they will be given a ship in Bravo Fleet soon, and here to be briefed ahead of that assignment. All players should feel free to use this event to develop their new command character.

The event will take place over 14 days OOC, from Saturday 11th of April  to Friday 24th of April inclusive. In Character the conference will last 5 days; a day for arrival and departure, and a day for briefing, questions, and discussion on each quadrant in which Bravo Fleet operates. Every IC day will last 3 days OOC (except for the final IC day, which will last 2).

To get the most out of the limited time, players are encouraged to accept a slightly fast-and-loose approach to the timeline within a day. For instance, if a post has already gone out on the IC Day 2 beginning the Alpha Quadrant briefing, players are still allowed to write with others around their IC breakfast, around arriving at the conference room, etc. The time-stamping of posts will help people separate what is happening, when.

As soon as is possible at the start of a new IC day, a new thread will begin for the briefing/address of that day, and start with the contents of the briefing. From there, players will be free to write around issuing questions to the speaker or experts present, or roleplay their characters’ actions after the briefing.

The details for the new forum are forthcoming. In the meantime, please sign up for this RP event here.

More information will be coming all the time, including information on Starbase Bravo itself, the briefing officers, and of course the forums! If you have questions in the meantime, contact Cath (Bravo Fleet Chief of Staff) at cos@bravofleet.com or on Discord at justslide#9285.