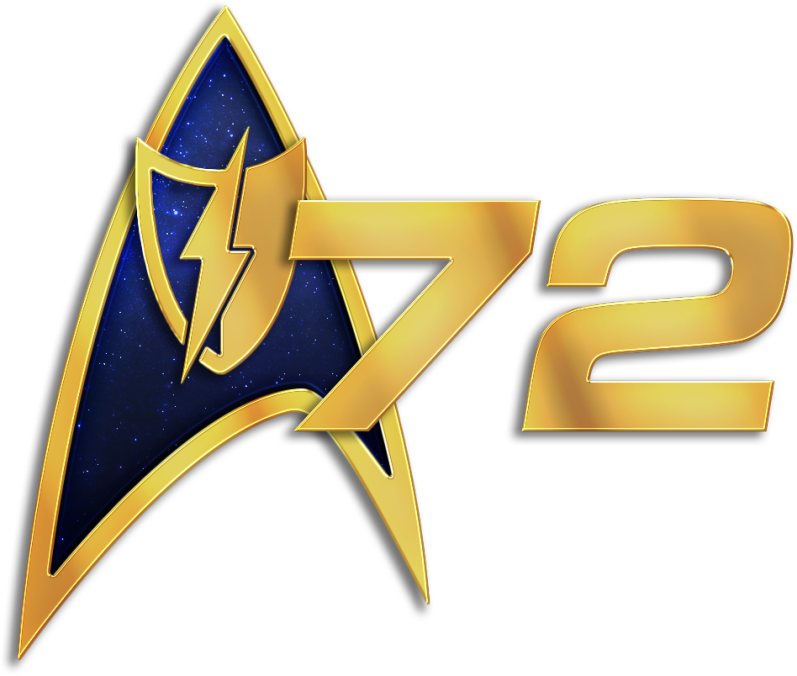 ‘If all of these things are true,’ said Captain Tau, steepling his fingers as he looked across the governor’s desk at the steel-haired woman herself and the farmer who’d brought his reports and protests, ‘then this is serious indeed.’

‘It’s very serious, Captain,’ said Administrator Yeats with a small harrumph of indignation. ‘Cardassian settlers stealing our produce. Infringing on our land. Blockading normal trade between us. How can they pretend we’re two settlements peacefully coexisting when they seek to exploit and dominate us at any opportunity?’

‘The impact upon property and trade is serious indeed,’ agreed Captain Tau, a little wryly. ‘And these are matters I, and the rest of the crew of the Exeter, will be happy to help resolve. But I was more concerned by the accusations of armed assaults and abductions of citizens.’

Yeats hesitated at that. ‘There’s no confirmation the missing people have been abducted; I can’t imagine why even the Cardassians would do that.’

‘Neither do I – but they’re what brought Starfleet here, and these matters must be examined,’ said Tau. ‘It’s in everyone’s interests for the Horizon Colony and the Cardassians’ settlement to continue to coexist peacefully. I can only imagine the breakdown of peace in the Gavarian Corridor without Pergamon.’

‘Peace.’ The word was spat by the figure at the window, and the burly farmer who’d been watching the view turned to face Tau. ‘They hold up our shipments at gunpoint. They attack our people. They take our people. We didn’t call Starfleet here because we want you to tidy up the Gavarian Corridor. We called you here so you could help us.’

‘And we will help you, but we have to be sure we do nothing rash, Mr -’

Tau’s jaw tightened, but he let out a slow breath. ‘No. I have no intention of leaving you defenceless. My crew will help you protect what is yours, Mr Trice.’

Joseron Trice gave a crocodile smile that belied all he knew. ‘That,’ he said warmly, ‘is all we ask of Starfleet. For you to stand shoulder-to-shoulder with us.’

With the double-threat of the holiday season and our pending Picard-based time-jump, it’s been quiet for Task Force 72 lately. That’s fine, because change is around the corner, and we’re getting ready for it.

How, you might ask? Picard isn’t out yet. We have no idea of the state of the Alpha Quadrant in 2399. It is impossible for us to make dedicated plans for an Area of Operations about which we have no confirmed canonical information. But there are plans which can be made which do not commit us too hard, or plans which can be made about matters of canon we’re confident Picard won’t touch on. So I’m using this monthly report to outline the future shape of Task Force 72, and what we can look forward to.

First: the Alpha Quadrant is a huge Area of Operations. We’ve always intended to split it up across multiple Task Forces, and so we’re incorporating this into our planning to make sure that when we slice this pie up, there’s a good serving for everyone.

The biggest and most obvious part of this pie is the Cardassians. While we have no idea how much Picard will touch on them, they are the major other galactic power of the Alpha Quadrant. While this makes it difficult to develop concrete plans, we hope to make the most of the time skip and whatever content Picard produces for us to make the Cardassians an important part of the Alpha Quadrant Area of Operations. We have a chance to tell new stories about a people now almost 25 years out from the cultural and economic devastation of the Dominion War, and as a big Cardassian fan I’m excited, even if new canon means I’ll have to roll with the punches.

This brings us neatly to a gem in Bravo Fleet’s canon: the Gavarian Corridor. In 2389, it was a patch of unclaimed space between the Federation, the Cardassians, and the Romulans – a ‘wild west’ scenario for adventure, exploration, and dealing with the balance of powers. Picard promises new developments for the Romulan people, and so we’ll be given a whole new scenario from which to develop the new Gavarian Corridor. We are, as you can tell from the Task Force Fictions, building up to wipe this slate clean. The Corridor is also very likely to be the first focal point of any new Task Force splitting up the Alpha Quadrant Area of Operations.

Moving to the other Cardassian border, we have the Breen. We’re not expecting Picard to touch on the Breen a lot. This might happen, and nothing is being carved in stone, but the Breen have seen a lot of development in Bravo Fleet canon, and we’re hoping to update this. Whatever we do, the Breen will be intended to become a dramatic foil for the Cardassians. We have no need to kick off new wars on Federation borders when there’s a chance to explore the balance of powers when some neighbours are aggressive and disruptive.

This brings us to one of the other major changes in Task Force 72: the end of the Alrakis Pact. In 2399, this rough coalition of unlikely allies squaring up against the Federation will no longer be united, and will have returned to focusing on their own borders and animosities. Going forward, we intend for major Bravo Fleet lore to focus upon canonical powers and governments; story elements which any newcomer to the Fleet can latch onto without being consigned to homework reading to understand what everyone is on about. This doesn’t mean an end for the likes of the Talarians or even the Ravagers, but we’re looking to keep those as parts of individual stories rather than part of the makeup of the Task Force.

For the likes of the Tzenkethi, there exists a rich lore in Star Trek: Online from which we can draw. The areas of the Wastelands and the Inconnu Expanse still exist, and we’re hoping to develop one or the other as an area of neutral space for adventure, exploration, and diplomacy on a frontier with a lot of these volatile, minor powers – a great place to tell stand-alone stories and traditional Star Trek adventures.

Historically, TF72’s ownership of the Alpha Quadrant has also included stories focusing upon the internal politics of the Federation, such as the Freedom’s Legion of yesteryear. I’m a big fan of stories on crime and politics, and will endeavour to remain keen-eyed throughout my Picard viewings for story hooks about the state of the Federation and its people, even deep within the borders.

In conclusion: it is impossible for us to know what, for sure, will be the landscape of TF72 come 2399 and Picard. We expect to be an area of canon that is ‘adjacent’ to the events of the show – affected by, maybe referred to in some sweeping lines, but not thoroughly explored and depicted. This puts us in an excellent position to have some guiding principles of canon, and then a lot of freedom to build on what we know, such as the Cardassians of the DS9 era, and update them for the passing of time, the new content we have, and our needs as storytellers. We may be influenced by Picard, but not writing in an area of canon constantly changing under us.

It is, in my opinion, the best of both worlds.