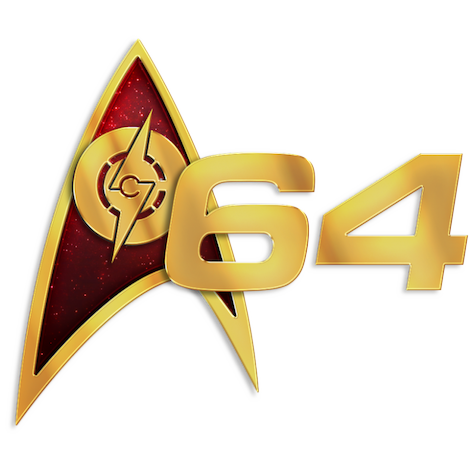 “You’d better keep an eye out thar, friend.” The gruff rear admiral with a southern Earth accent was elbowing Ovik every time he gave a tip. “Not evrybody cares fer the greater good.”

Ovik managed to keep his stoic posture with his hands crossed behind his back. He looked at his fellow brass and sort of chortled. “And you and I do, I presume?”

“Well of course, Ovik.” The man’s smile was both annoying and inviting somehow. “I know I don’t give two hoots about my own hind end as long as those Klingons stick ta their endothe bargun. For example, I should say.”

Ovik nodded. He agreed with his rather crude friend on this point. “I, too, serve the Federation first.” Well, and Vulcan, but that went without saying.

A more stern voice chimed in as a new arrival entered the room. Everyone came to attention. “At ease,” said the full admiral. “Take your seats, we only have a few moments for this.”

Ovik sat down, making sure there was distance between himself and the elbowing man. The Vulcan peered around the conference room at all the admiralty that were gathered for this briefing. Not everyone was here, but it was a veritable who’s-who of the decision makers across the fleet.

“Now then,” said the admiral. “We have a lot going on as you all know and we have a need for a presence out there. Our ship commanders are doing the best they can, and it is quite momentous what they accomplish each day. But there is more we can and need to do.

“The Klingons continue to face House challenges and rebels, the Romulans have gone into a bit of silence, and other threats face us each day. In addition, we strive to find new partners and allies while we have this general era of peace.”

Peace was a facade, thought Ovik. It did appear as though they were not at war, but they had battles – both diplomatic and tactical – going on every day in a variety of sectors.

“Vice Admiral. Ovik,” said the chief admiral. “Are you familiar with the Akula-class?”

“Yessir,” he said in a calm and clear voice. “We had her on a small tour before I joined the flag staff.”

“Good.” A few heads had turned to Ovik and a few remained on the Vulcan while the admiral spoke. “You will be taking the new USS Beacon on a survey and diplomatic tour throughout Federation space and her borders.” There was a pause and a few muddled comments from around the room. “This is not a demotion, far from it. You will join a few others that are not present to put a higher importance on us brass putting our faces out there.”

It was notable that those missing were commodores or a couple captains that sat in on these meetings. It was also notable that Ovik was one of the few admirals who could step into the chief seat in a heartbeat, should the need arise. There were likely a multitude of reasons for him being out there. And frankly, he didn’t mind at all.

“I’d be honored, admiral.” He gave a bow of his head as the mumbling finally ceased. The briefing would continue for another ten minutes, giving some ship movement updates, an update on the Klingons and Romulans, and a general statement from the President. But all Ovik could think of was getting back out in a starship to represent Starfleet and the Federation in a different way.

Hello all, Chris here. I play Commodore Caymen Greener (my oldest char in my simming history, going back to 2001 or so) of the USS August in TF9. You should join! 😛  But also, I am bringing in my Vulcan, Vice Admiral Ovik, as the new CO of Task Force 64. He will command a fiction sim, the USS Beacon, an Akula class light cruiser made for diplomatic runs and such in the year 2295. As a part of the Pathfinders (Kirk-era), several of our sims hope to work on a collaborative canon after the Khitomer accords. Should be a lot of fun!

I have been simming since 2001 and roleplaying/gaming since well before that. I have been in Bravo Fleet on and off since 2014 and have served as a TFXO twice, BFIO, and other staff roles. I have been in fleet brass in OF, PF, and others as well. I love Star Trek and Star Wars fan clubs and cannot wait to help here in TF64!

I’ll have more info right below here on TF64, but suffice it to say I am super excited as well as super pleased to work off the awesome foundation Kyle laid down before me. Makes my job a lot easier!

Our TF is going well and while I will not get into any details this month, I did want to give a general update from my point of view as the new guy. I’ll have details on each TG/Sim in my next report.

We have a few sims who are very active (Bangarang Endeavour) and we have a few that are either getting started or in a lull. And I’m ok with all of that, as long as we have interest in these time periods and people are having fun. That’s what simming is all about. That’s not to say we’re not going to provide some structure for these groups and sims, but I like where we’re at right now.

One thing to address in our TF is the Discovery plot line. I’m trying my best to steer away from spoilers, but if you look at the trailer and write-ups for Season 3, things will… change. We may want to consider combining the Discovery TGs into one and go from there. But NOTHING has been decided until we see where S3 takes things. But there could be a need to reshape a tad. It shouldn’t affect any individual sims, just the way we look at 64.

So don’t freak out – just mulling things around in my head. Since I am a fairly transparent guy, I wanted to just give a heads up on this (since the Discovery S3 stuff is kinda “out there” pretty broadly at this point).

I just wanted to say that I am very grateful to be here helping everyone in TF64 and in BF. I’ll continue to help where I can in the BFIO, and I will continue to work my other sim in TF9 which is very slowly becoming something cool. But you all know how to reach me via email and Discord (@Chris#6382). I’ll typically respond fairly quickly.

Until next time, LLAP!