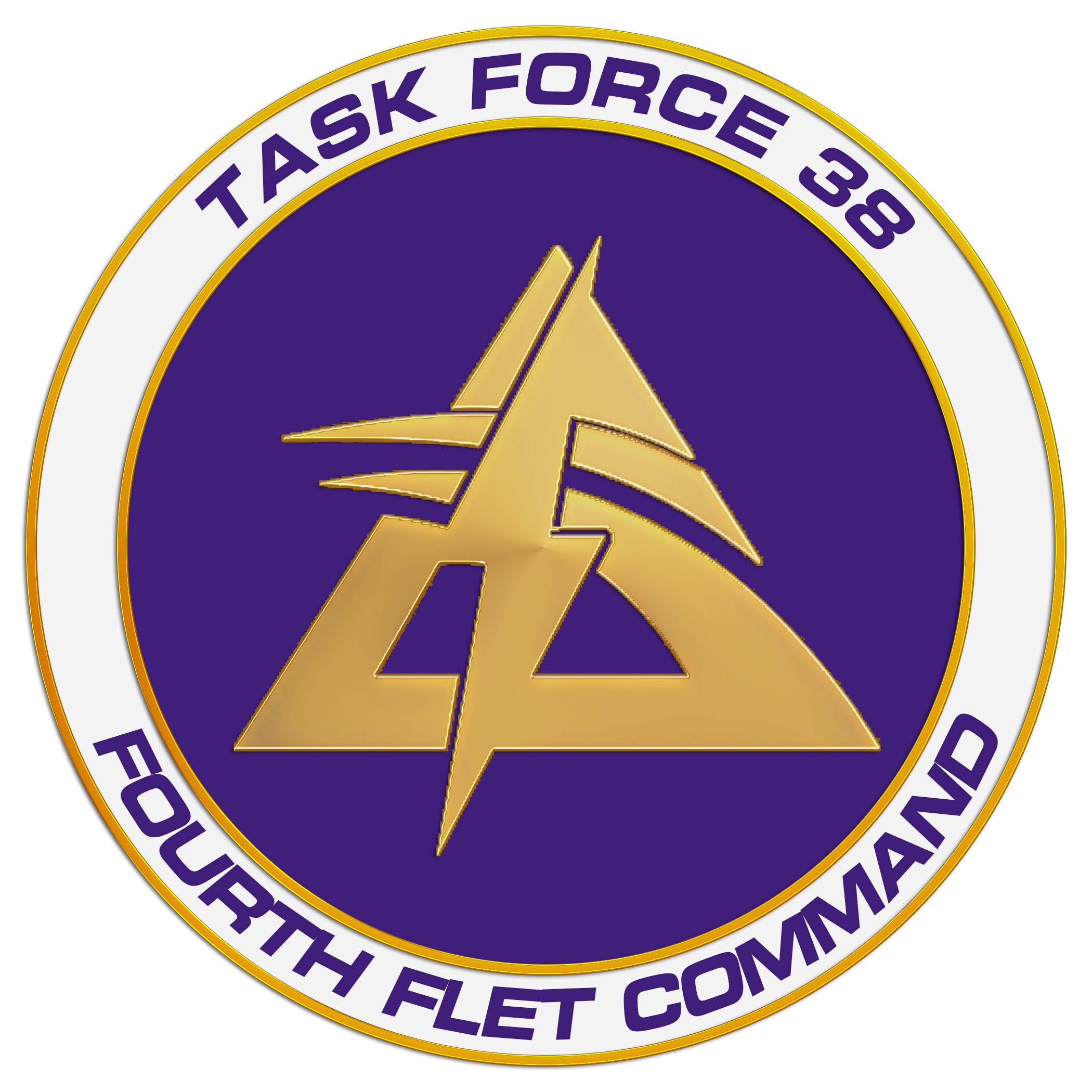 The leading group of starships consisting of Archangel, Icarus and Hurricane dropped out of warp 60,000 metres off Mithrar Anchorage’s port beam and received their first glimpse of the Turei station which was to accommodate Delta-Bravo, the designation given to Task Force 38’s headquarters in the Delta Quadrant.

It was under attack and ablaze.

At least two dozen small fighters swarmed the long structure, energy beams from each tiny craft lashing out and ripping into the space station as they crisscrossed over each other like angry insects. One of the station’s huge ventrally-mounted fuel cylinders detonated silently, taking three others with it in quick succession. The explosions tore through one of the Anchorage’s aft landing platforms, destroying the battered-looking freighter which had been berthed there. Jets of orange flame burst from countless points across the main body of the station as the internal atmosphere escaping from hull breaches was ignited by weapons fire.

And still, the fighters continued their assault.

On the bridge of Archangel, Rear Admiral Matthew Cody stood swiftly as he surveyed the scene of destruction with dismay. He spoke quickly to Captain Luisa Castillo without breaking his gaze.

“Those bastards are burning our new home, Captain. Show them how we feel about that.”

Following the Breen attack on Starbase 38 and the tragic death of Vice Admiral Jonathan Knox in the defence of the station, Knox’s deputy Matthew Cody was ordered to take command of the Task Force. The decision was made to move all TF38 assets and resources through the wormhole and establish a Starfleet presence in the Delta Quadrant on the Turei space station Mithrar Anchorage, in orbit above Mithrar III in the Gradin Belt. Under the designation Delta-Bravo, Starfleet would progress the established Delta Exploration Initiative objectives of exploring the Delta Quadrant, establishing diplomatic relationships with the quadrant’s native inhabitants and monitoring potential threats to Federation security – including the Voth, Species 8472 and of course… the Borg.

With the establishment of TF9 in the Alpha Quadrant, David handed over the baton to Mark who takes up the position of TFCO for TF38. Supporting Mark in the day-to-day operation of the Task Force is Christopher, who takes on the role of TFXO and Brad who has become our new TFCoS. If you have any questions, concerns or just want to know a little more about their plans for the Delta Quadrant, just reach out to them on Discord or email!

Mithrar Anchorage is a bustling local hub of commerce, transport and shady deals where the personnel of Delta-Bravo live cheek-by-jowl with wide-eyed tourists, greedy merchants, wily bureaucrats & cunning smugglers and where commercial starships of all shapes and sizes load and unload shipments twenty-eight hours a day. To support their mission of exploration and diplomacy in the Delta Quadrant, Starfleet needs somewhere safe to call home and the Turei need support to defend and protect Mithrar Anchorage and its inhabitants from the pirates and privateers who have recently become more and more active in the sector. This burgeoning reciprocal relationship is founded on need rather than trust and both sides must quickly learn how to work with each other to survive the shadowy forces massing against them…

One of the oldest operational vessels in service, the Repulse is a grand old lady of Starfleet with an extensive history of exploration and discovery. As time has worn on, she has found herself shifting away from exploration, tasked more and more with logistics and support missions… That is where we find her today, moving towards the end of her extended life cycle, providing essential support for Task Force 38 in the Delta Quadrant and holding her own among the more versatile and technologically advanced starships in the task force.

A newly-promoted captain leading a close-knit and relatively inexperienced crew, an ageing starship in the twilight of her operational life and the inherent challenges brought by assignment to the Delta Quadrant, 40,000 light-years from home…