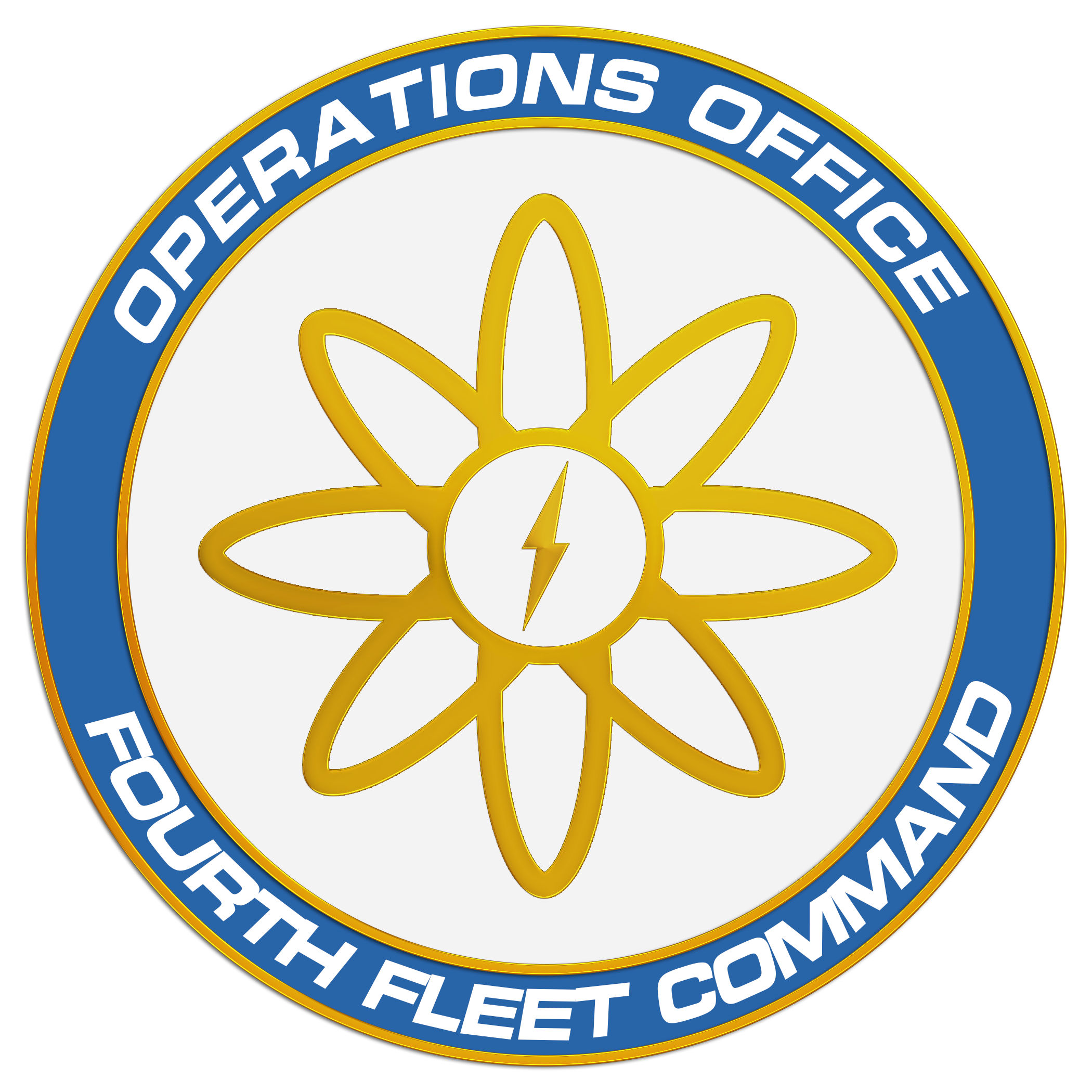 As we draw towards our end of the year break, I’m pleased to announce the results of the operation-long competitions from Operation Homestead. While turnout in these competitions was not as strong as I would have hoped, several were quite competitive. We tried a few competition types that we hadn’t done before, and I think I’ve learned a lot about what’s appealing and what’s not appealing to offer. Participation during the individual TFs’ weeks tended to be stronger, while these more difficult competitions had fewer entries, and that’s to be expected. I’d really encourage everyone to enter as many competitions as they can, though, as you never know how things might shake out!

To me, this entry captured the spirit not only of this individual competition but of the event as a whole: it showed a crew letting their hair down after a long year of difficult, demanding assignments. Beyond that, it was set on one of the fleet’s starbases, which helped further characterize that base and provided others with a potential venue to visit on their own later: a cocktail bar somewhere round about deck 45. The individual characters’ personalities are very apparent, while the piece maintains a consistent point-of-view through the internal monologue of Elsa Lindgren, which made it easy and enjoyable to read.

As indicated with the submission note, this is an off-duty post but there’s little respite to be found. We get an intense peak into the psyche of Torden Streth following a major battle during the Dominion War. This detailed character study is an excellent example of developing a personality with flashbacks and leaning into those moments after the action has ended. Well done.

3rd Place: Thomas Forrester for Not Too Late.

Even in the 21st century, long-distance relationships are hard. This piece explores the stresses involved with dating across interstellar distances through a night out on the town. It’s a fun read, and the characters’ individual personalities come out clearly, while giving insight into Captain Forrester’s thinking and psyche.

1st Place for Erill’Yun Mek, Vakai, Aimee Sandoval, and T.J. Rivers for Mess with the Best aboard the Altai.*

Nice characterization for all involved, and a good insight into what the Altai is like when not dealing with trying conditions on the Breen border! Every character seemed to have their own moment, and it’s clear how diverse the cast of characters is.

2nd Place for Francesca Shilo and Th’lora Vehl for Chapter 2 aboard the Horizon.

A close second, with an unexpected romantic twist towards the end!

*Francesca Shilo was also an author of the first-place post, but as members cannot be considered for more than one post in this competition, he was awarded the medal for his other entry in the interests of fairness.

For this competition, there was only one entry, but it was quite good, so I’m not sad at all to give first place to R’Tor for the Timeless Styles salon, run by Alannah. It’s not one of the venues I seriously expected that people would want to take up, but R’Tor did a very nice job carving a new niche for Starbase Bravo, and I hope to see it pop up in some of your stories as well!

1st Place: Jon Bastin for the lounge aboard the Argonaut.

2nd Place: Th’lora Vehl for the lounge aboard the Horizon.

3rd Place: Emily Wolf for the lounge aboard the Pegasus. 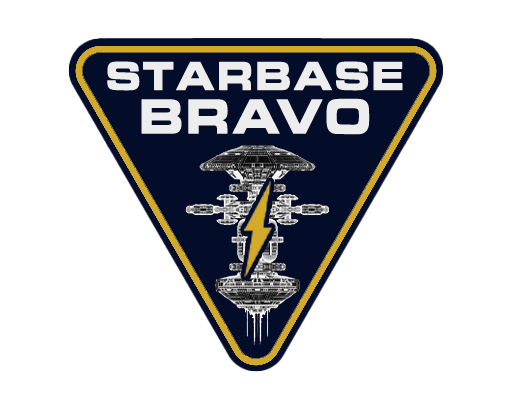 A clean, simple design that incorporates the shape of the station along with Bravo Fleet’s primary symbol, the bolt. This is a logo that would look good at several different scales, as it’s not so busy as it would appear distorted when made small. It’s easily recognizable as sharing a lineage with mission patches in modern space exploration and established Star Trek logos.

A very nice image, that incorporated imagery highly relevant to TF17’s mission (such as what is presumably the Barzan wormhole), along with a nice Latin motto, “to the stars and beyond.” While it does not incorporate the task force’s crest or color scheme, that could serve to give the TF17EG its own identity. 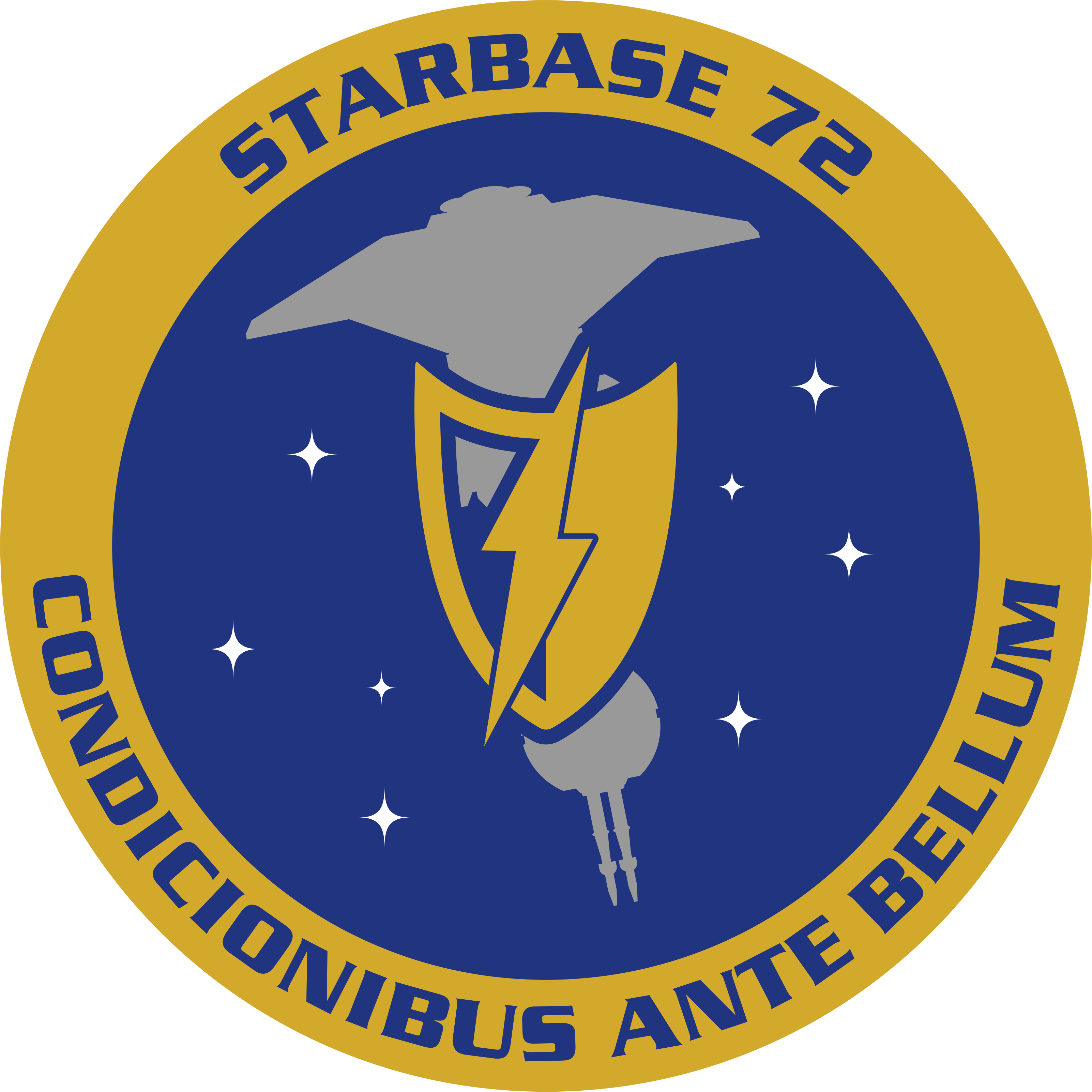 Another clean design, recognizable as being part of the design language of Star Trek. Good use of color and composition. While creative in the sense that I can’t find an attribution for the quote, it’s such a creative use of Latin grammar that I can’t parse the full intent, beyond something to the effect of “by means of conditions/agreements/love affairs before war.”

Look forward to more competitions and other fleet events in the New Year!