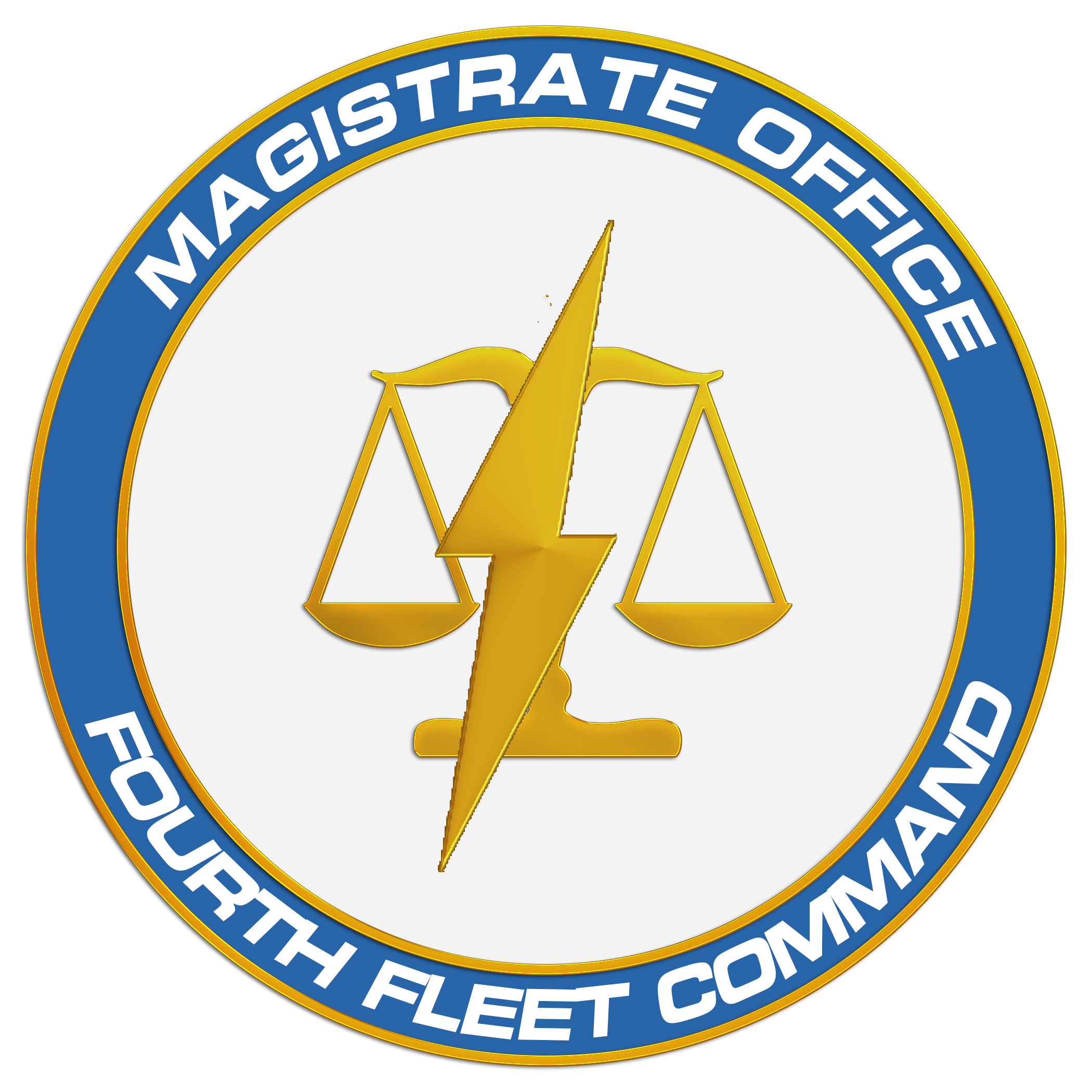 Owing to an appeal, as well as ongoing discussion as to the nature of the spirit of the Magistrate Code versus the Written Code itself, the opinion on this case has been amended. Additionally, owing to the lessons learned on this case, the Bravo Fleet Admiralty is currently in the process of updating the Code to more accurately reflect the spirit of the Magistrate Code, and shore up some of the weaknesses. More on this to come.

You can find the full text of the case here: https://bravofleet.com/trials/23332/

This was the first case convened under the “new” system of justice within Bravo Fleet since the reformation of the fleet in June of 2019. The system in place during this trial was largely an unchanged version of the former Uniform Code of Bravo Fleet Justice which was in place from 2010 until 2014; the first iteration being the groundwork for three (3) successful cases of justice within Bravo Fleet. This case against Jack Pike was truly a stepping stone for Bravo Fleet with many lessons learned during the case.

Since Bravo Fleet evolved into its current model at the end of April 2020, many “sim COs” have peacefully left, with notice, and well-intentioned under the reasoning that the direction Bravo Fleet was going was just not for them. Although institutionally and structurally Bravo Fleet does not recognize the authority of the person running a game (sim) to do this, the Bravo Fleet Admiralty have amicably parted ways with these people in hope that further down the road they would come to understand our methods and rejoin our group. Furthermore, in general, Bravo Fleet is a club of voluntary membership where people are free to come and go as they please without consequence. In this case, the person running the game in question, Jack Pike, removed a Bravo Fleet game from its unit; the fact of which was not even known until said game was noticed by happenstance on another organization’s website. While Bravo Fleet has been extending the offer to part ways amicably with those who have discussed with us their desire to do so, that was not the case here. No notice was given to leave and no discussions were had. This created a situation where a Bravo Fleet game that has been using Bravo Fleet resources (including, but not limited to, web hosting, graphics, and recruitment) had been removed by the person running it without knowledge or permission.

Under the Magistrate Code that this case was convened under, a wide berth of prosecutorial discretion is given to the Bravo Fleet Magistrate. In fact, this discretion was used to positive effect for several games that had left under amicable circumstances; while technically violating the letter of the Magistrate Code’s provision for Mutiny and Sedition under Section 4, Specific Articles of Conduct and Reprimand, these instances were not violating the spirit of the provision and therefore were not pursued. The Magistrate Code exists to help push conflicts that arise into the direction of mediation within the proper areas of the fleet or chain of leadership. The Magistrate process is, by definition, the last step and is to be avoided at all costs. By circumventing the chain of leadership and simply acting without notice, Mr. Pike violated both the letter of the Code and the spirit of the Code, therefore prompting the Magistrate’s prosecutorial discretion in this instance towards charging the Defendant under Bravo Fleet’s Magistrate Code.

The facts of the case were never in dispute by the Defense; Mr. Pike had openly and freely admitted to his infraction when asked by the Bravo Fleet Commanding Officer. However, the lessons learned and corrections made to the Magistrate Code at the conclusion of this case were mostly due to the appeals process that followed. Mr. Pike reportedly retained outside counsel, Mr. Charles Star, as is allowed under the Magistrate Code that this trial was conducted under. The Bravo Fleet Defender, after being harassed by Mr. Star on Discord repeatedly, asked to be recused from the rest of the case during the Appeal. The Magistrate, upon conferring with the Bravo Fleet Commanding Officer and Bravo Fleet Executive Officer, granted the recusal; it should be noted that under the Magistrate Code in which this case was convened, there was no method for either the Bravo Fleet Defender or Investigator to recuse themselves.

After a contentious period whereby Mr. Star indicated that the Defense intended to appeal repeatedly, but did not actually submit an appeal, the Magistrate was forced to again reach beyond the scope of the Magistrate Code and set a time period for an actual appeal to be made. Once an appeal was finally made, the Defense argued three points: confusion around the timetable set by the Magistrate for a plea, the Defense was not afforded all of the case transcripts and evidence, and an alleged bias of the Magistrate.

The first and second appeals were immediately forwarded to the Appeals Panel for discussion. The second point of appeal was dismissed outright as, under the Magistrate Code that this case was convened under, the Defense has no right to transcripts of the trial nor the evidence being presented and was accredited to a misunderstanding of the Magistrate Code on the part of Mr. Charles Star. Furthermore, the Appeals Panel was made aware of the second point of appeal and found it insufficient as a matter of point, as all evidence used in the case was made public in this Case Overview and was freely available to the public. The first point of appeal was a contentious debate amongst the Appeals Panel. There was a clerical error by the Magistrate when informing the Defendant of his charges and requesting a plea where a time period of “48 hours” was given, but later in the same email a deadline of “June 22, 2020” was given. However, the panel unanimously found that the Defense had the opportunity and ability to enter a plea and chose not to. The Defendant was informed of the charges on June 6, 2020, at 9:13 PM (EST). The Defendant sent two replies to the Magistrate’s email, on June 7, 2020 at 1:31 PM (EST) and again at 10:40 PM (EST), within the 48-hour deadline which was intended and followed, acknowledging the charges without entering a plea. The Defendant also did not seek clarification on the deadline in either response, entering doubt about whether there was, in fact, confusion on the Defendant’s part.  On the third point of appeal, the Appeals Panel found that the Magistrate’s Opinion was formed after a thorough reading of the facts presented by both the Defender and the Investigator. The Defense was informed of the Appeals Panel decision  on June 12, 2020 at 8:12 PM.

The Defense again submitted another appeal contending that the Bravo Fleet Magistrate did not have the jurisdiction to charge or convict the Defendant. This appeal was not brought before the Appeals Panel because it showed a gross misunderstanding on the part of the Defense on the model of activity that Bravo Fleet now supports. It relied on the false understanding that if you are not a writer on a game or a CO of a game, that you are not a member of Bravo Fleet. This is factually inaccurate. While Mr. Pike was running the New Hampshire game in Task Force 99, he also was, and as of the day of this amended opinion, is a member of Task Force 93 as a user. Under the activity model of Bravo Fleet adopted in April of 2020, Mr. Pike was and as of the day of this amended opinion, is a member of Bravo Fleet. Furthermore, Bravo Fleet can not, has not, and will not attempt to reach beyond its own walls in order to enforce any of its judicial policies. The Defense was informed of the underlying factual error of their appeal on June 13, 2020 at 1:24PM (EST). This message was relayed by the Bravo Fleet Executive Officer in response to the third point of the initial appeal – perceived bias of the Magistrate – to remove any direct contact between the Magistrate and Defense with the explicit disclaimer: “I am not a member of the Bravo Fleet Appeals Panel, nor am I a representative of Bravo Fleet’s judicial authority. As your counsel has expressed concern with the current Magistrate, I have been selected to inform you of the panel’s decision.”

A third appeal was then filed by the Defense with two points of contention: that the Magistrate Code forced any appealed point to be brought to the Appeals Panel, and that a special Magistrate be appointed to oversee the case further and that the BFXO be recused. This appeal was entirely based on a gross incompetence of the rules and policies of Bravo Fleet as well as a sharp bastardization of the spirit of said rules and policies. While technically speaking the Magistrate Code that this case was convened under does state that the Magistrate “will” bring the appeal to the Appeals Panel, it was clear that the spirit of this provision was being twisted into a perpetual appeals process. The Magistrate Code gave no limit to the amount of appeals the Defense was allowed, which Mr. Star was using to his advantage to tie up the Magistrate Corps in frivolous points of contention after the Appeals Panel unanimously voted against his initial appeal. It was also clear by his request for the Bravo Fleet Executive Officer, who was merely the contact point, to recuse herself, that the Defense did not understand that she was not acting as the Magistrate in any capacity and Mr. Star was attempting to make a mockery out of the Bravo Fleet judicial process. All of this in spite of the fact that the Defendant admitted to the infraction he was charged and found guilty of.

Finally, after a conference with the Bravo Fleet Commanding Officer and Bravo Fleet Magistrate, the Bravo Fleet Executive Officer informed the Defense on June 13, 2020 at 7:52PM (EST) that both the Magistrate’s decision and the findings of the Appeals Panel stands as is, and that the sentence will not be overturned. A reminder was also sent, as had been in response to all former appeals, that the Magistrate Code states:  “Appeals cannot be trivial in nature, and must specifically point to the  error(s) made. The appellant must find either an issue arising from Bravo Fleet documents or judicial process error.” Highlighting the trivial in nature part of that statute.