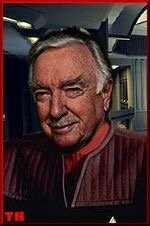 Good afternoon, this is Joseph Cronkite reporting from Starbase 400.

The Battle of Rashanar was one of unspeakable horrors during the Dominion War. Federation, Klingon, and Romulan forces fighting to defend the Alpha Quadrant from the Dominion, Cardassian, and Breen advance fought each other to the death. All ships that took part in the engagement were lost, there were no survivors.

Following the war, Starfleet sent the USS Juno to battlesite which lies
within Federation territory in the Alpha Quadrant, to start mapping out what it termed ‘The Boneyard’. They also began the solemn duty of
recovering the dead. Later, the Enterprise-E picked up where the Juno
left off. They uncovered a few mysteries area, solved some others. Later a team from the Starfleet Corps of Engineering’s began work stripping vessels of any tech or weaponry they didn’t want following into the hands of pirates and scavengers…but that work was halted in 2381 when the Borg attacked Alpha Quadrant in mass.

Fast forward eleven years and Starfleet wants to finish the work that
began so long ago. Starbase 400 has been ordered to send Engineering and Medical teams back to Rashanar to begin the recovery in the area again.

The USS Conqueror, USS Falcon, USS Ark Royal, USS Kearsarge, and Medical ship USS Mercy are been ordered to the area from Starbase 400 and will be departing tomorrow. Their job is to patrol ‘The Boneyard’ and run off any pirates and scavengers trying to strip the hulks floating the area, recover any bodies they can locate for proper burial according to the traditions of their species, to strip any useful tech or weaponry they find, locate and recover any data recorders from any of the ships to belater analyzed so a clearer picture of the battle can be seen, and to a ready mobile docks for two Starfleet Corps Engineers teams that will be arriving in a week or so to complete recovery efforts and to erect marker beacons and a memorial to those that gave their all during the tragic battle.

From Starbase 400, this has been Joseph Cronkite reporting.