An important part of Starfleet survival training is to be able to find your way on land via landmarks, celestial navigation, and sheer wit. Cadets are often beamed to various sites on Earth and instructed to find their way back to Starfleet Academy using whatever resources they can find. As with almost all starbases, Starbase 72 is home to an enlisted training center that often engages in similar activities with enlisted trainees on the surface of Minos Korva.

Before one can journey home, one has to know where one is, though. In this competition, do your best to figure out where you are in the game GeoGuessr, so you can make your way home again!

GeoGuesser is a freemium game, which lets you play one game (which is five rounds) for free per day, with ads. Using just a street-level view, you’re asked to guess where you are. You can move around to look for clues like addresses and landmarks, and then you are awarded points based on how close you are to the actual location.

The goal is simple: get the highest score you can.

Here’s an example of what you’ll submit at the end: 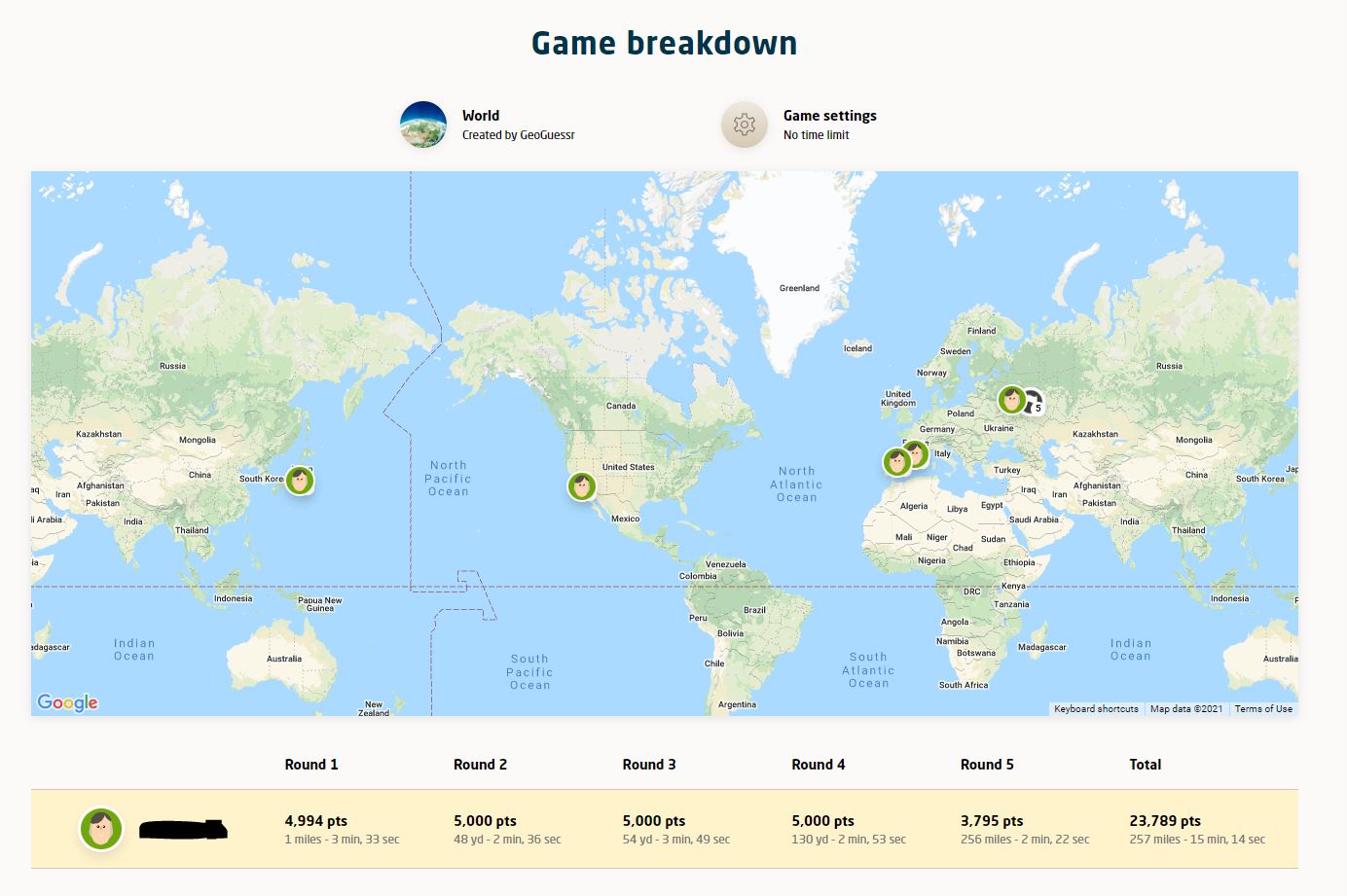