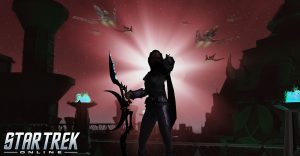 The Klingon Recruitment event is in full swing! Coinciding with the 11th Anniversary of Star Trek Online, this features new missions, remastered missions, and the option as playing the Klingons as seen in Star Trek: Discovery. Various prizes can be claimed, including a new T6 ship, the Temer, uniforms, emotes, weapons, dilithium, and many other goodies that come with any recruitment event. And Bravo Fleet? We can get a piece of the action as well.

As part of this, we are offering a competition unlike any other that has been done for Bravo Fleet’s Star Trek Online group. While this competition is active and if you submit a gaming record to the BFMS with a KDF-aligned character, you can: