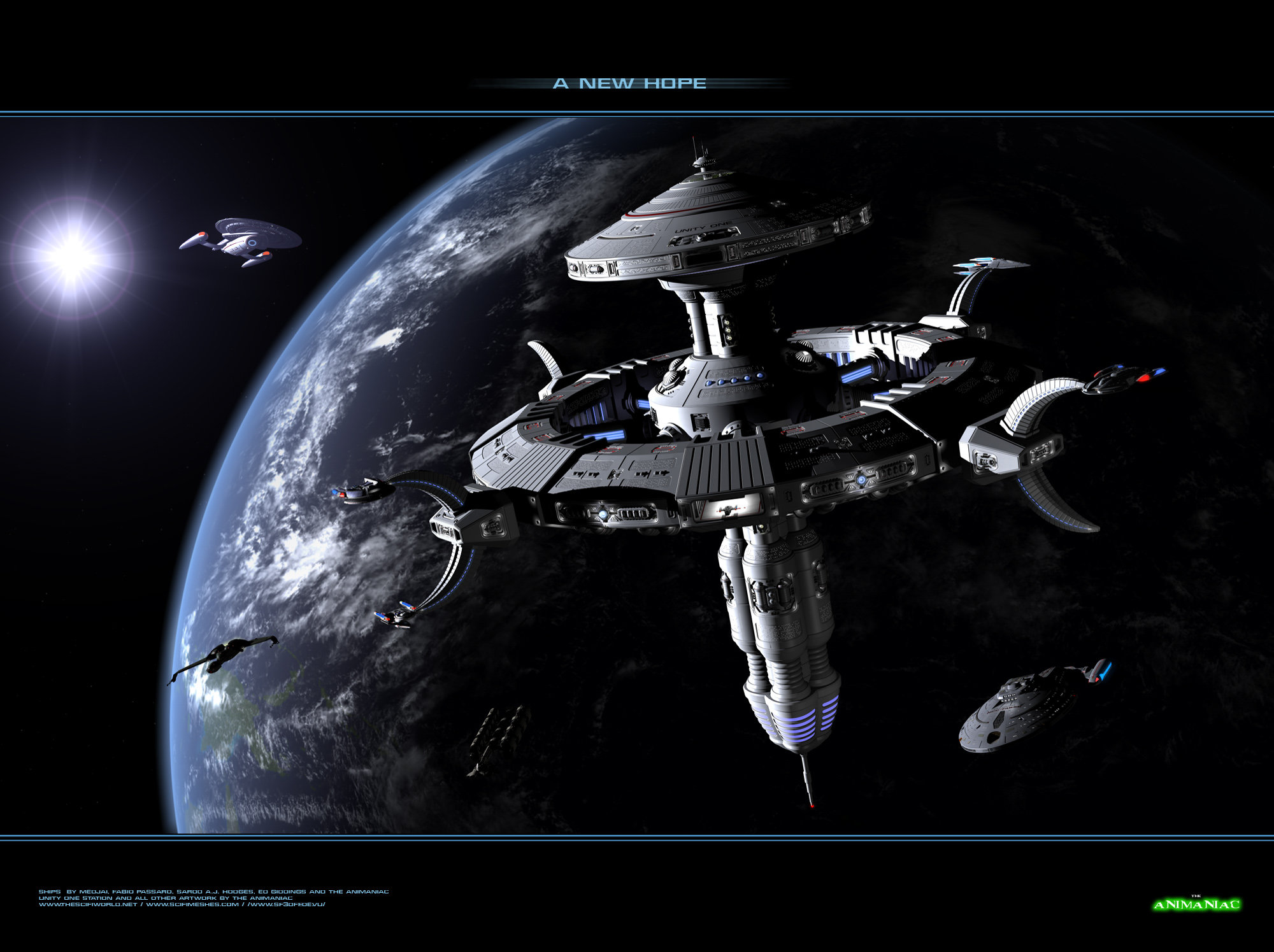 The Unity class station was designed to be a mid sized station that size wise fell between the large Spacedock Class and Aurora Class. With the addition of New Bajor to the Federation in 2376 it was seen as an obvious location of a starbase that would provide Starfleet presence in the Gamma Quadrant. This station would provide a home port for any an all ships tasked with the exploration of the Gamma Quadrant and defense of Federation controlled space withing that quadrant. The plans for the new Unity Class were finalized in 2379 and construction started in orbit of New Bajor in 2384 with construction completed in 2389. Upon completion the new station was designated Deep Space Eleven and put into full operation.

The Unity Class was composed of there main sections, the central core, the docking ring, and the docking pods. Each of these sections are connected to each other via crossover bridges. The largest section of the Unity Class Stations is the central core. At the top of this section is the command section of the core that houses station and sector command offices, Below this is a large arboretum dome that also houses the stations primary promenade. The central core housed the station’s residential quarters, two ship bays that also houses the station’s fighter craft. At the very ventral point of the central core is the stations power generation section housing ten fusion generators. The Docking ring housed the station’s drydock facilities.The ring is connected to the central core via a set of eight crossover bridges. Along the dorsal surface of the ring are sixteen runabout platforms and along the outer edge of the ring are four large star ship bays were the repair or construction of new ships. Between the bays are four docking pods, each pod is connected to the docking ring via a cross over bridge. These pods house the stations station keeping engines and is equipped with a upper and lower docking pylon. Each of these pylons provides docking for one ship.

The Unity class station is a well armed station with a total of 36 Type XI phaser arrays with eight of those being fixed emplacements located on the upper section of the central core. With the remainder of the phaser arrays being retractable units that were located along the dorsal surface of the docking ring and the outer edge of the upper core. The station was also equipped with twenty rotary torpedo launchers. Four of these were located in the upper core and the remainder housed withing the docking ring. All torpedo launchers were retractable and house within the station when not in use.

The Unity Class Stations were also equipped with extensive laboratory facilities allowing the station to house multiple long therm research programs. These programs can last decades and house a larger staff than would be possible on a ship. This allows the Unity Class to provide the same level of support to experimental and research programs equal to a station dedicated to research such as the Jupiter Class.