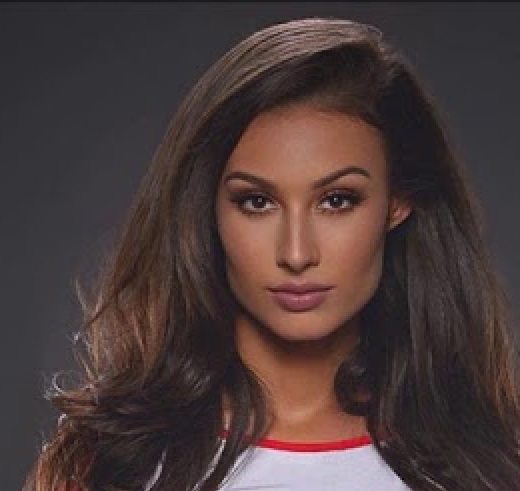 Despite growing up as a Troglyte in Ardanan society, Nirya is an optimistic young woman, curious about the universe around her, and cordial to those she encounters. As with all the positions she has held, she looks at obstacles as opportunities, challenges to be learned from and overcome. She holds fast to the da Vinci maxim that "the noblest pleasure is the joy of understanding."

Although her birth certificate shows her being born in Stratos, there is no official record relating any data about Nirya’s parents or ancestry. And if her guardian/employer Dr. Soske Neelos knew anything about her parents, he never divulged any information to Nirya before his death.

Dr. Neelos was considered a brilliant but eccentric scientist devoted to the study of the Troglyte subclass of Ardanan’s who took Nirya into his household as part of his studies. Since Nirya was part of that small group of Troglytes allowed to live in Stratos as part of the serving class, she had no recourse to object to the education/training system Dr. Neelos developed for her. Not that it was inhumane, particularly considering that Troglytes considered subversive were subject to torture and capital punishment without appeal, but her schooling, though thorough and wide ranging, was not administered in a manner that a human educator would approve of.

In the Kelvin Universe, Ardana would become a Federation member in 2249, and in 2252, the USS Aisling would visit Ardana to request Zenite for the outbreak of a botanical plague on Marik III. This would in turn precipitate a rebellion by the Troglyte miners, led by the disruptors. Dr. Neelos would discover the effect of an unseen gas exuded by Zenite on Troglyte physiology and a combination of this discovery, along with the diplomatic efforts of the commander of the Aisling, successfully resolved the dispute between the Stratos city dwellers and the troglytes, as well as secured the zenite.

The confrontation, unfortunately, would lead to Dr. Neelos’ death. At the time, Naryi was working at a maintenance technician in the city, though thanks to the parasite Dr. Neelos had introduced into her body as an infant, as well as her education, Naryi might have had the best practical and theoretical understanding of Stratos’ transmat and antigrav systems in the city. Tensions were still running pretty high among the city dwellers, however, and the High Council was inclined to send Naryi and a few other troglytes back to the surface. Instead, the Commander of the Aisling, who had become friendly with Dr. Neelos’ young charge/test subject, brought Naryi back to Earth on the Aisling and had her placed in a progressive group home.

During the journey back to Earth, Naryi became…impressed seems to mild a word…with the workings of the Aisling and everything about Starfleet in general. The group home she had been placed in allowed Naryi to become accustomed to Earth’s social codes, and within a year of being on Earth, she applied for entrance to Starfleet Academy, for which the commander of the Aisling happily sponsored her for.

During the Academy, she became best friends with her suitemates, and immersed herself in their cultures when the opportunity arose. She became especially enamored with the life and times of one Leonardo da Vinci, studying everything she could about him, and visiting every locale where surviving art works and writings by the Renaissance Italian polymath could be found. Da Vinci inspired Naryi to stretch her mental boundaries and interests as far as she could. By the time she graduate from the Academy with honors in Engineering, she felt that had, at least in a small, beginning way, began to successfully emulate the Maestro.