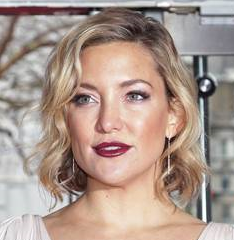 Katherine is a by the book starfleet officer, well she was prior to the klingons attacking and declaring war against the Federation. Katherine is currently commanding officer of the USS Augusta a Nimitz Class Cruiser. Katherine had spent the past nine years getting herself into position to command a ship. Now that she is the captain, she wondered if she was ready to command? Katherine is a bit on edge, since the klingons declared open war against the Federation. She was concerned if the Federation could win the war. Katherine is typically a happy person, but is a little disappointment that Starfleet would not accept her request for early retirement. They offered to place her daughter and husband on Earth, but she did not want to be away from her family for a long period of time.

Katherine is an intelligent, charismatic and charming woman. A lot of people said her beautiful long blond hair made her look beautiful.

Recently she cut her down, a promise she made to herself. As long as the war was going on, she would keep her hair short. It was her way of being defiant to Starfleet for forcing herself to stay in Starfleet.

Despite her ill feelings about being denied for retirement, Katherine is a bit of workaholic. Since she can not retire, she wants to make sure her new crew is combat ready.

She is grateful that her husband Aaron can keep her grounded. For the most part she is a mellow and fun loving person, but get on her bad side, she tends to hold a grudge. She is passive aggressive, and hates being forced to do thing that go against her moral belief’s.

Katherine wanted to work her way to the rank of Admiral, but this was before the war. Her current ambition is to survive the war against the Klingons.

Katherine is a humble person, who enjoys a good book. She enjoys spending time with her Husband and Daughter. They love to go to the holodeck, and explore planets they have never been to before.

Katherine was born to Nathaniel and Carrol Shull. Both of her parents were Chef’s on Earth. She grew up on Earth, always looking to the stars.

Katherine completed high school, and was accepted to Starfleet Academy, her application to become officer was approved. Her application was almost rejected by Starfleet. No one in her family had ever served in Starfleet, and her grades were mediocre. But her parents pulled a few strings with Admiral Cartell, a restaurant local customer.

Katherine had completed the academy and was assigned to the USS Gargantuan, as Science Officer. Katherine met and fell in love with Aaron Williams, the Chef of the Gargantuan. There love was almost instant, which surprised Katherine, cause she was not looking for love. She wanted to focus on her career.

Katherine was promoted to the rank of Lieutenant Junior Grade. And continued to serve as Science Officer on the USS Gargantuan. Her relationship with Aaron Williams became intense, and they moved in together.

Katherine gave birth to Skylar Mae Williams. She took a short maternity leave, and was promoted to Chief Science Officer, when she returned to active her duty. Her former department head was offered second officer position on another ship and took it.

Katherine was promoted to full Lieutenant and married Aaron Williams, there four year old daughter, was their flower girl. She became second officer of the ship. She remained in this position until she transferred to the USS Ottawa in 2252.

Katherine accepted Starfleet’s offer to make her first officer of the USS Ottawa, after completing the first officer exam, she was promoted to the rank of Lieutenant Commander and served in her position for the next four years. Her daughter started to grow, and she felt her away missions, were taking away from her time with her daughter.

Katherine was previously assigned to the USS Ottawa a Daedalus Class Starship. During the start of the war, the Ottawa was badly attacked by the Klingon’s. However the crew was able to get the crippled Ottawa home on her own power.

Katherine was re assigned and her crew was transferred to new assignments. Starfleet ordered her to take command of the USS Augusta in 2256.

Katherine is currently 39 years old, and was thinking about retirement from Starfleet, after 19 years of service. However, the Federation was attacked by the Klingon Empire, and war was declared. She was tasked with becoming a starship captain. Katherine’s priorities had shifted, to her family, when she was thinking of retirement.

Now that decision is not on the table, she asked her 11 year old daughter and husband to join her on the USS Augusta. Her family agreed, and Katherine, boarded the Augusta. It did not take long for her family to settle in, and for her to focus on getting the Augusta ready for war.