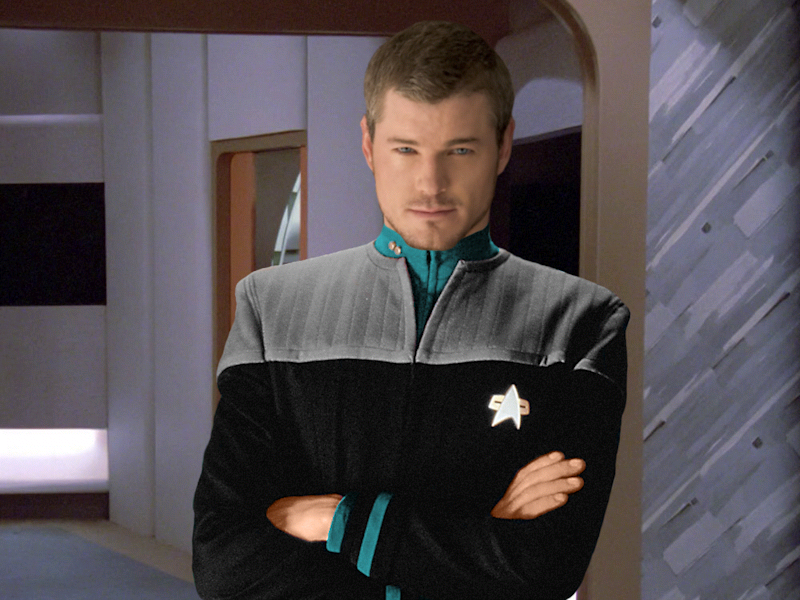 The Affable, Easy going Charlie Dumont serves as both CMO And ME for the Marshall as it seeks to bring justice to a wayward and lawless galaxy. Adaptable, unshockable, and a steady hand in any crisis, he's a good man to have on your side. In addition to top notch medical care, he provides his unbeatable talent in plying his grisly trade as a medical examiner, reading the tales of dead men written in flesh, blood, and bone. A lover of life's simple joys, and a man who knows the value of peace, he is dedicated to stopping any who would take that away from his fellow citizens. Criminals of the Federation beware.

Born and raised in Lafayette, Louisiana, Charlie is the youngest of two rambunctious siblings. His family is known for their keen interest in the outdoors, and from an early age Charlie was involved in all manner of expeditions into the backcountry of the south. Well versed in the arts of hunting fishing and camping, Charlie is a man at ease with the notion of providing for himself. A naturally compassionate soul, Charlie was drawn to medicine, and proved to be a natural talent as a doctor. Starfleet seemed to be a logical next step for a young Mr. Dupont from there. Difficult to faze and at ease in almost any surroundings, he proved to be a natural choice for the unpleasant work of a medical examiner as well. For his own part Charlie has never looked back since joining the medical branch, He enjoys his work and Starfleet has even brought him together with the love of his life. As far as he’s concerned, joining up was the best decision he ever made. Furthermore, his work in law enforcement has seen him given the opportunity to put “ruiners of lives,” and “Thieves of joy” behind bars, something he is definitely proud of. When he first heard about the Marshall and her mission to bring fugitives to justice, Charlie swore that he would find his way aboard that ship come hell or high water.