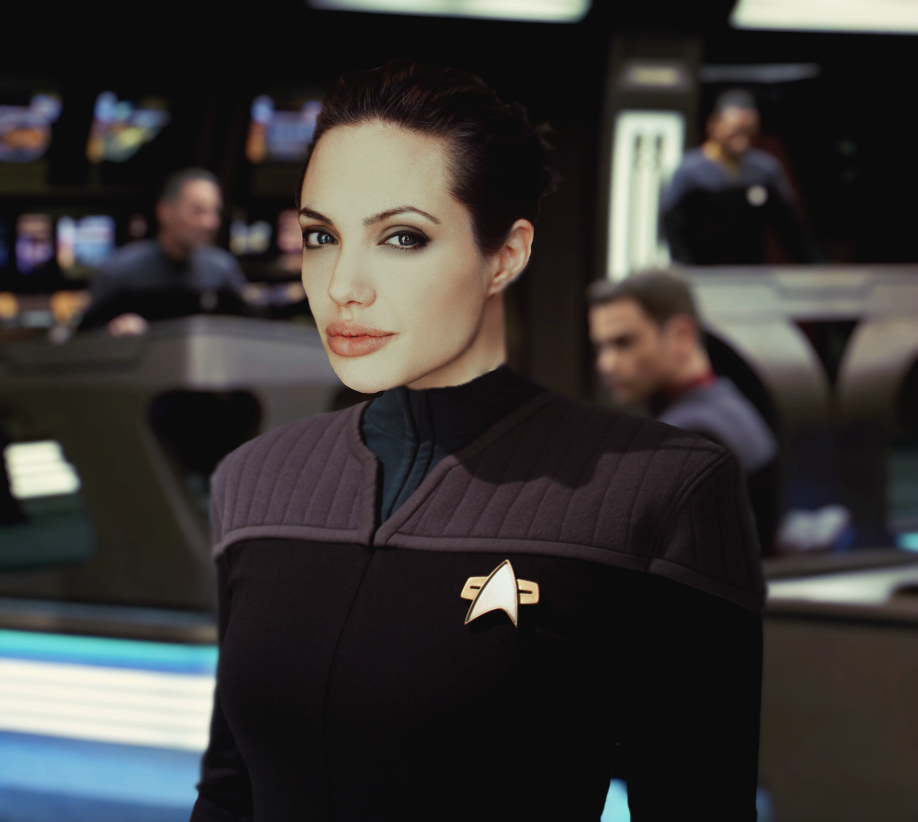 Amelia is the Daughter of Civilian Contractors, working on freighters and Earth-based corporate companies. After being born into her more successful Brother's shadow, Mia worked through Starfleet, resigned to the solitary study of medicine and xenobiology. She went through Starfleet Academy with a more than common irritable bedside manner. Although working in the Embassy on Qonos certainly helped her develop a thicker skin. After serving aboard Earth Spacedock as an assistant for what seemed like an eternity, she was not unnoticed by her superiors at Starfleet Medical. Mia was offered a position on the USS Sentinel by Admiral Fennis during a superficial checkup. Taking up this offer, she traveled to Starbase 400 to accept the role of Chief Medical Officer aboard the USS Sentinel.

Amelia is the Daughter of Civilian Contractors, working on freighters and Earth-based corporate companies. Giving birth to their first child, the Mavarovs settled down in the former Commonwealth of Australia on Earth to raise their son and later their daughter. Amelia was brought up during her brother’s very successful time at Starfleet Academy, where she learned how it was to be that she was always the second best child.
Eventually, she felt it necessary to pursue a career in Starfleet, after giving up any childish notion of performing Ballet from her Russian Heritage for a living. She is a reserved, yet vocal character, especially in her workplace.

After leaving home to work with her Aunt at the Federation Embassy on Qonos, she acquired the skills of the medical profession in Xeno environments, also learning Klingon to a great degree whilst there.
Moving from Qonos back to earth to work in terrestrial medicine, she worked and lived aboard the Earth Spacedock, and whenever she could apply to work on almost any ship that came through. Unfortunately for several years, no ship that came through seemed interested in her.

After seeing Read Admiral Fennis for a superficial medical checkup, he mentioned of a posting she might be interested in, although unsure of what this entailed, she took him up on this offer right away, apparently, there was an opening for medical personnel on the USS Sentinel.

After a short and explosive retrieval of the Sentinel, Makarova left the position of Chief Medical Officer on that ship due to a personal crisis. She returned to Medical work aboard Earth Spacedock, before a transfer to Starbase Bravo where she became aware of openings on the USS Hippocrates.