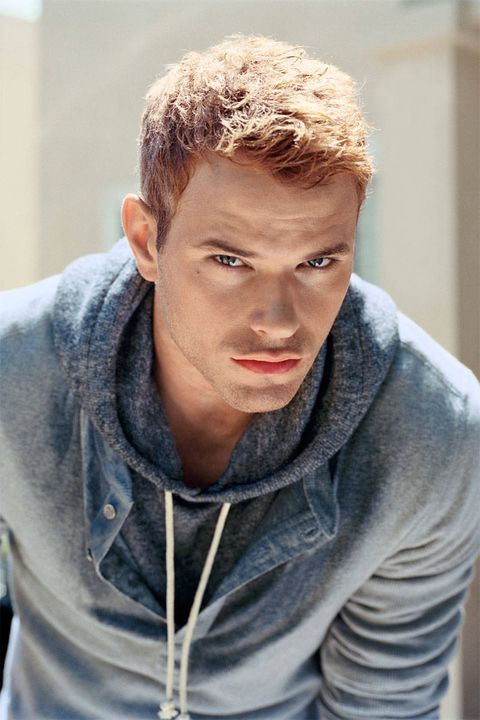 Jack is a a little below average in height for a man but what he lacks in height he makes up for in bulk. Jack has never been the tallest but is known as something of an immovable object. Always a fighter in the academy he is solid muscle. Jack has piercing blue eyes that seem to attract every woman in the room which is what his ex wife would tell you is the problem. Jack has little more than child hood scars from run of the mill incidents growing up. Would best be described as attractive by others but never himself, he would say he is to modest to admit that to someone even if he does think it.

To say that the Arthur family is an old fleet name would be a fair but some what minor understatement. The Arthur family is proud of its history within the armed forces whether that be starfleet or the old armed American armed forces before the discovery of warp drive. Jack is the middle of three children born to his parents Admiral David Arthur and his ex wife Sarah Danvers formerly Arthur. Jack his brother Nicholas and older sister Georgina grew up on a number of bases with in the federation, their father taking them and his wife with him when ever he got a new assignment. David Arthur was a task master with exacting expectations of his son but not so much of his own daughter. Georgina was the apple of his fathers eye and to the old man could do very little wrong. While Jack and Nicholas tended to be able to find trouble on a whim. It was not easy growing up with David Arthur as a father, people knew their father as the commander of whatever base they were on. From Vulcan to Cestus III to deep space stations with crews larger than most cities.

Sometime before the boys ninth birthday their mother Sarah announced that she was divorcing their father and that she was taking the children back to Earth their father fought her. So while Jack and Georgina returned to Earth with their mother Nicholas remained behind as part of the custody settlement reached by their parents in a federation family court. Leaving behind Cestus III and returning to Earth without his brother the one person that he could rely on to have his back in years gone past was no longer a constant presence in his life. This closeness would be used as a weapon by their father. Often finding reasons to refuse contact between his sons.

As a teenager Jack found a love for flying, it started out as flying model recreations of famous ships that had served in the fleet, many of which adorn his private quarters on a starship or his childhood bedroom back home on Earth. Jack liked flying in fact he loved the idea of flying, he would read biographies of the pioneers of the fleet and their pilots. Jack would be desribed as a teenager of well above normal intelligence with a thirst to learn and a thirst to prove himself. Many knew his father as a hero of the Cardassian and Tzenkethi conflicts and this was almost like a weight worn around his neck. Jack was not close to his father but people heard his surname and that his old man served in the fleet and comparisons were drawn. Teenage Jack wanted to seperate himself from the reputation of his old man but he soon came to realise that if he was going to realise his dreams of flying in space and taking part in good old fashioned dog fights he would have to join the fleet. His acceptance to starfleet academy came on a few months before he was due to graduate high school.

If he wasn’t worried about the academy and what people would make of him, he was in for an unwelcome surprise when he arrived at the academy. Teachers drove him hard and his fellow cadets pushed him hard to see if he would break. People wanted to see what he was made of and whether he was cut from the same cloth as the admiral who had given him life. Jack fought harder he thought than most of the people in his class to gain the recognition he felt he deserved from his peers and instructors. Flight school specifically the fighter division of flight school proved to be the making of the man. Red Squad first attempted to recruit him half way through his first year but it was into his second year at the academy that he finally accepted the position within the squad.

His instructors found him impossible to keep from taking chances, one instructor at the academy concluded that while acting within the safe parameters of the guidelines set out in any given scenario Jack had a tendency for innovative thinking and a knack for flying by the seat of his pants achieving scores in combat training that were at the time anyway record breaking.

Jack’s first assignment post academy saw him test the foundations of the patience of both his commanding officer and the CAG on board ship. Jack did not see much combat in the early days of his starfleet career though he notched up his flight hours and kept his skills honed in the simulators. Jack would take the occasional turn at the helm of the ship as a back up helms man. Moving a ship was slightly more complicated than flying a fighter.

Jack’s life style did not change much when he met his wife, she was aboard the ship as a scientist and from very early on realised that he was never going to change his ways. While never unfaithful he was always more invested in his career and the next flight. He could rarely stay seated in one place for very long and when you could tie him down long enough to get time with him he didn’t really want to be there. Alexandra falling pregnant with the twins she thought that he would be more willing to settle down, to make changes to his life and the chances he was willing to take. Alexandra upon the boys first birthday chose to take the children like his mother had with him and move home the divorce was finalised just days before the war broke out.

The loss of his brother in the first days of the Dominion war sent Jack of the rails, he had not seen his brother in years but seeing the casualty list for a battle and his brothers name broke Jack. Jack had been on LOA from the fleet at the time, spending time with his children and ex wife. Jack surprisingly to him was not immediately recalled to the fleet, at a lose end Jack took to Risa like a duck to water, drinking the pain away. He was not present for his brothers funeral and ignored any form of contact with his family when prompted. It was only luck bad luck in his opinion that brought him to the attention of Captain James Williams newly appointed commanding officer of the USS Exeter a Concorde ship. That he tried to take the mans head of on first meet him did little to help.

Jack accepted his place on the Exeter to get some action and a measure of revenge. The latter of which he did not mention to the counsellors when they questioned his motives. William’s instructions to put together a sqaudron that he could be proud of has given him a measure of happiness.