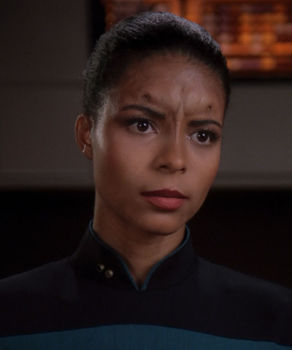 Born on Halii, Miraya spent her childhood searching. She never quite knew where she fit in until she joined the Marines of Starfleet. She quickly abandoned her family for the opportunity to become the best of the best. Her rigorous work-out routine put some of the Marine instructors to shame. She prides herself in her muscular and sleek body. She quickly rose through the enlisted ranks, and was offered a chance to attend Warrant Officer training after achieving the rank of Gunnery Sergeant. After completing Warrant Officer school, she requested to be assigned to the new Bajoran Starfleet Academy. With a lot of upheaval at the Academy, Tiala has decided to get back to her roots and on a ship. After the mind control, she left Starfleet.