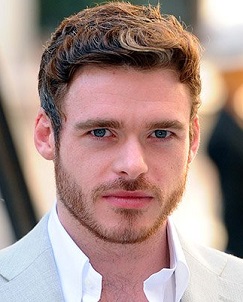 Fresh out of the academy, and assigned to the USS - Columbus.

Out of four siblings, Jon has all the makings of being just another member of the family. His father, Dorian, having built his business from nothing, is just not father material. He runs a very tight ship and keeps the family flying. Working takes a lot of his attention; as a result, there always seems to be a heavy, solemn feeling where fun is not allowed.

Jon spent most of his childhood with his siblings rather than the overly serious adults. Those were the times he loved most whether it was finding secluded out of the way places on the ship to create makeshift forts then attacking each other to see who would be the last one standing or racing through Jeffries tubes to see who could travel the fastest from one end of the ship to the other. When he wasn’t having fun running around, he was studying about ship systems, sub-systems, navigation and piloting basics, etc…

One fateful day, as Jon sat at the helm of the Shalva hearing yet another long speech about the navigational console, his mind drifted to what the future looked like if his family would have their way. It would be the same work, day in day out, and eventually dooming his own child to the same life; He decided then and there that the wide open space he traveled through must contain more than just ships passing each other by.