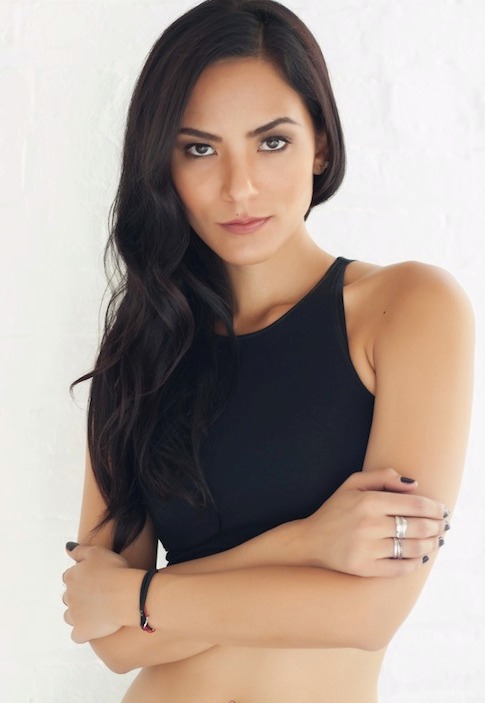 Born in 2361 to Andrei and T’Laan, Vilara was the youngest of twins and two older siblings. Her childhood and adolescence was peaceful and uneventful. Vilara excelled at all of her studies while in school and she graduated as the valedictorian of her senior class. Afterwards, she applied to Starfleet Academy. Once gaining acceptance she underwent the Academy entrance completion exams and passed with a higher score than the other applicants.

Vilara then went on to the Starfleet Academy Preparatory Program, passing once again and going on to the Academy itself. During her time at the Academy she applied herself diligently to her studies and after the mandatory four years of training, made the decision to apply to the Starfleet Medical Academy to study medicine. For as long as she could remember she’d always wanted to help people and Vilara decided that becoming a medical officer within Starfleet would help her accomplish that goal perfectly.

While she excelled at all medical studies within the curriculum, Vilara had strong interests in xenobiology, nanotechnology, psychology, and psychiatry; she eventually majored in the former two studies and minored in the latter two studies. In 2387, Vilara graduated from Starfleet Medical Academy and was posted to the galaxy-class explorer USS Andromeda as a Medical Officer with the rank of Ensign.

In early 2389, the USS Andromeda received word that the Starfleet forces stationed at Outpost Curtiss had been overwhelmed and destroyed by a massive Borg armada that had exited the Gateway. Shortly after learning of the near-total destruction of Starfleet forces in the Beta Quadrant, the Andromeda was ordered to defend the Alpha Quadrant Border in an alliance of Starfleet, Klingon, and Romulan vessels. Shortly after the alliance engaged the Borg.

With the influx of refugees and wounded to Bajor from fallen worlds, the captain of the USS Andromeda order Vilara to report to Bajor. Vilara’s captain knew her expertise with nanotechnology and her degrees in psychology and psychiatry would help immensely on Bajor. And so she was transferred off ship and to one of the major medical facilities on Bajor. Vilara learned a couple days through a communique that her twin brother, Velik, had been posted to the USS Andromeda as the new Assistant Chief Medical Officer, after the loss of his former posting the USS Brighton. It was shortly after that word came of the fall of Sol system and that Borg forces were making a final push towards Bajor.

After what seemed like an eternity, the war with the Borg was finally won, but at great cost. Bajor’s major cities were nearly decimated, thousands upon thousands of people were either missing or dead. The fleet that had defended Bajor was reduced from a staggering 8,000 Federation and allied forces to only twenty vessels. And the once heavily fortified system was in shambles. Vilara learned a few days later that the USS Andromeda had went down in battle, being crippled and then destroyed by a Borg tactical cube while coming to the aid of a Klingon starship. If it hadn’t been for her captain’s order, Vilara would have perished along with everyone else. But that did little else to soothe the pain of losing her twin brother.

After the war, Vilara helped in any way possible with the aftermath of wounded and injured. She worked tirelessly and effortlessly around the clock for days on end, only meditating for a couple of hours every few days. It wasn’t until two weeks later that she received news of the rest of her family. Her older brother Syvar and his husband, Yuriel, came to visit her on Bajor and to tell her the heartbreaking news; they were the only ones left of their family. Everyone else had perished during the war with the Borg.

The three of them stayed on Bajor for the next few months, helping survivors and helping the Federation and its allies rebuild as best as possible given the circumstances. By January 1st of 2400 Starfleet declared victory. Vilara decided then and there that she wanted to resume her career in Starfleet.

In 2401, with the launching of new vessels by Starfleet directive, Vilara was promoted in rank to Lieutenant Commander for her diligence, bravery, and duty during the war and recovery efforts on Bajor afterwards. She was then assigned to the USS Athena as the Chief Medical Officer.