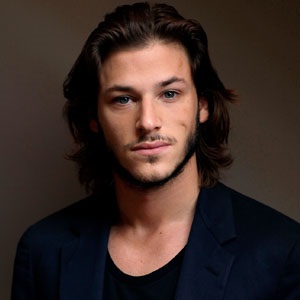 Sebastien, or “Bas” as he is known at home, gained notoriety on the day of his birth, being one of the locally famous Robie sextuplets. Kerelian females are only fertile twice in their lives. His parents were tested and certified by the government, as being competent and capable of rearing children, and while multiple births are usual, six at one time is a rarity.

The boys were inseparable growing up and shared an over-sized bedroom throughout their entire childhood. By Kerelian custom, parents ‘trade’ children for two months out of the year. This proved to be a difficult transition which only grew easier on all concerned as the boys aged.  For Sebastien, childhood was one long adventure. His father would bring home books and music from other worlds. The comic operas of Gilbert and Sullivan became instant favorites as did the books about earth’s pirates. The boys built ramshackle rafts and fought each other in mock sea battles that ended when one of the rafts was overturned. The books about Klingon culture led to an interest in Mok’bara — The hard part for the boys was figuring out how to make their own bat’leths. It seemed as though his childhood was full, literally full, of things to do, explore, see and it suited him. In the two months of each year that he spent with other families, as prescribed by Kerelian tradition, Sebastien began to think about what his future would like. They all did. He knew his family would support his decision, whatever it was, he just found it all hard to imagine. Eventually he came to understand some basic truths about his nature — he wanted to explore, to see what was out there beyond the borders of his own world, and he wanted to be able to help others.

The party his brothers threw for him on the night before he left for the Academy remains legendary.