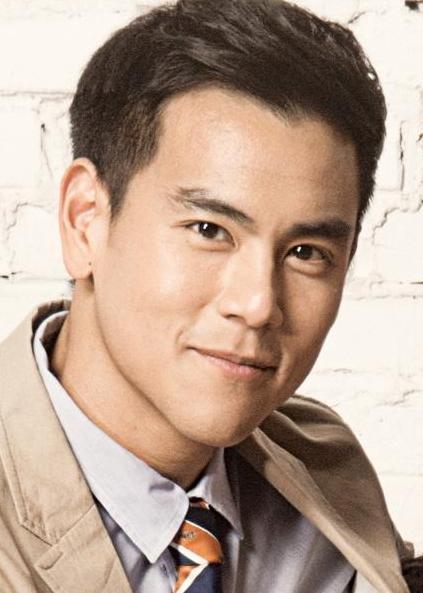 Born on September 10, 2359 to Scott and Jennifer Lee in Palo Alto, California. Michael is the eldest of five children. Despite his father running a successful trading business based on Earth, Michael did not see himself taking over the family business. Drawn to medicine and encouraged by his grandfather, Michael threw himself into his studies and applied to Stanford medical school. Graduating with top marks, he went took his residency at John Muir Hospitals before applying to Starfleet. Completing his officer training, Michael requested posting on Starships rather than stations in order to learn more about the mysteries of medicine on the front line of exploration.

Born on September 10, 2359 to Scott and Jennifer in Palo Alto, California. Michael was the eldest of five children and grew up under the watchful eyes of his parents. Despite his father running a successful trading business based on Earth, Michael did not see himself taking over the family business. Instead, he was drawn to the sciences of medicine both modern and traditional. The Dominion War was brought close to home when the Breen attacked Earth. The devastation to San Francisco was immense and many were injured. Volunteering to help those hurt by the attack, Michael was given his first experience with the healing powers of medicine and what it could do to save lives. Encouraged by his Grandfather, Michael threw himself into his studies excelling in high school and later at Stanford Medical. Medicine inspired him and he worked hard all through the four years of medical school and later during his residency at John Muir Hospitals. He excelled at primary care as well as taking in top marks for surgery, both fields he took particular interest in. After three years of Medical Residency, Michael was left with an option. Stay on Earth and continue his practice or take another path, one that none in his family would even dream of. Despite the protests from his family, Michael enrolled in Starfleet academy. There he hoped to take his interest in medicine far beyond what he could dream of. After being accepted into the accelerated officer training school, Michael, despite being older than most of the cadets at the school graduated with top marks and requested a posting on a starship.

Michael was given the rank of ensign and assigned to the USS Forester and old Miranda Class ship that was assigned as a secondary response ship to Alpha quadrant systems that were in need. Serving as a medical officer, Michael performed his duties with due diligence, often taking additional shifts to expand his knowledge of treatments as well as understanding of the maladies and injuries that often happened to colonists and other unfortunate people. For the next two years, Michael continued to work on the Forester before the ship was finally decommissioned and sent to reprocessing.

His was next assigned to the USS Schweitzer, an Olympia class medical starship assigned as a first response medical ship for planets experiencing viral or bacterial outbreaks. The Schweitzer had been deployed to many systems, their specialist doctors and dedicated medical facilities providing crucial support to the ships to that had initially responded to planetary distress calls. Assigned initially as a lieutenant Junior Grade medical officer, Michael was eventually promoted to Assistant Chief Medical officer when the position was vacated due to a quarantine break that resulted in the previous officer perishing. Here Michael found himself far more involved than before. His experience and expertise tested to their limits. The many contagion outbreaks and unknown diseases being discovered resulted in the Schweitzer being sent across the Alpha and Beta quadrants in an effort to respond efficiently. He had grown to appreciate even more the duties and oaths of a doctor.

In 2389, Michael was promoted to Lieutenant and offered a position as Chief Medical officer aboard the USS Sentinel, a position he readily and happily accepted.