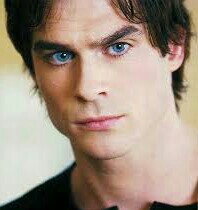 A man whose eyes sometimes speak of a haunted past, but whose ready smile and cheerful demeanor quickly seems to banish such ghosts.  A veteran of both the Dominion and Chakilian wars, he is an expert in finding a way to make broken systems work again and stretch tight resources.

His mother (Aniya Nyx) was a well respected Starfleet Intelligence operative, and ninth host to the Nyx simbiote.   His father is unlisted / unknown.  In 2363, at age 7, he moved to Andoria where his mother was stationed at the time, and spent the next decade there before enlisting in Starfleet Academy.

During the first semester of his Senior Year, while his mother was visiting for the holidays, Starfleet Academy was bombarded from orbit, leaving his mother mortally wounded, but able to be evacuated to Trill before her death. Jareth was cited for courage and resourcefulness during the attack on Starfleet Command for actions taken to rescue several fellow students and faculty trapped by the bombardment.

He spent the next 18 months assigned to a starfighter wing on Sol System defense.  He did not see any other major action during the Dominion War. He received a transfer and  promotion to the Raeyan System and served as LSO for 14 months before the System was captured by the Chakilian Empire, the next 10 months were spent in a Nikashi POW camp, before being returned at the end of hostilities.

He spent two and a half years after the war on Administrative leave, and likely would have remained there if not for an old friend giving him a second chance aboard the USS Kumari.

After four years on the Kumari rebuilding his confidence, and reputation he transferred to the USS Francis Marion, an older Asimov class  vessel assigned to attempt to map the Badlands. Over the next 3 years he used every trick he knew and half a dozen new ones he made up on the spot to keep the “Swamp Fox” spaceworthy.