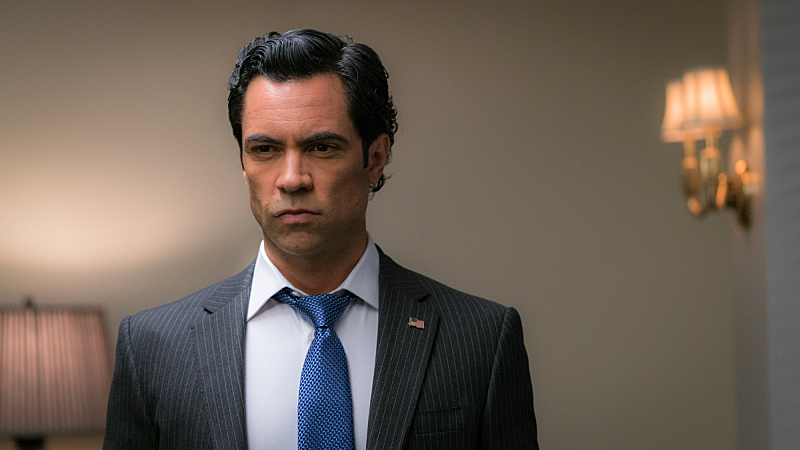 After a long career aboard one of Starfleet's archetypal "space hotels," living a peaceful life with his family, Juan Zamora is a man thrust into the crucible of conflict. Serving as first officer aboard the combat vessel Hawaii is a universe apart from his former life as a peacetime diplomat. Already he has had to learn some hard lessons about the nature of war in the 24th century. Now, in this unfamiliar and hostile environment, he must use his skills to help guide his ship through the murky and difficult political situation along the Gorn frontier. And he will find out just how far he is willing to go for the sake of peace amongst the stars.

Juan grew up in the Laredo/Nuevo Laredo Metropolis in North America, he had a happy childhood and wanted to give back to the community he loved. Following his growing sense of citizenship, he enrolled in law school and set himself up as a lawyer and ombudsman, offering his services to any who needed them, particularly those who had fallen through the cracks in the system. Following the Dominion War Juan Joined Starfleet, wanting to help rebuild after the destruction, and hoping that he could play some part in building a structure for lasting peace between the great powers of the galaxy. His decision certainly wasn’t harmed by the prospect of being closer to the lovely Ensign Fielding with whom he had slowly been building a relationship over the past few years. Soon enough the two had been married and had their daughter Reina. Due to the drive to stay in a posting that would allow them to stay together as a family Juan and Maria only served on one ship between the time he graduated and his posting to the Hawaii. There were times when both had to choose to defer advancing their careers in order to stay together, but they had each other, and their work was still important. Even if their ship stayed on relatively low risk assignments, Juan had opportunities to show his worth as a negotiator. Eventually though, movement couldn’t be put off any longer, and Juan found himself assigned to a difficult posting on the USS Hawaii. Maria managed to find a posting at Providence Fleet Yards. She and Juan hope that this change can be good for Reina, and allow her to grow up in a larger community and perhaps less in the shadow of her parents. Although the adjustment has been difficult, Juan holds out hope that he can do his part to see this conflict ended quickly, even as events proceed at a breakneck pace and he must come to grips with the radically new direction his life has taken.