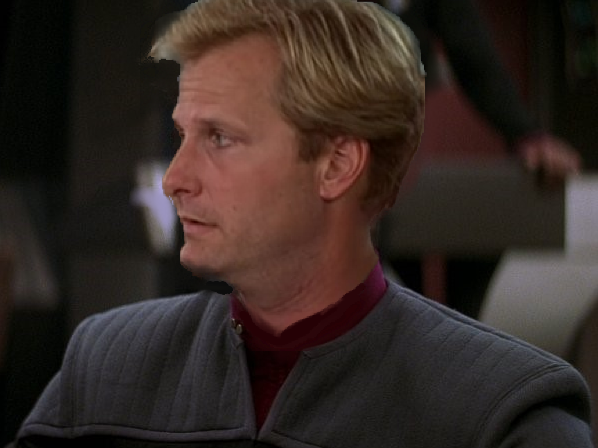 With the slightest bump Darren touched the small shuttlecraft down in the docking bay of the USS Hawaii. After running through the shutdown procedure on the shuttle, he stood stiff-leggedly and disembarked onto the ship that would serve as his home for the coming months. Darren looked his surroundings over appraisingly. The ship was without a doubt unfinished, but unmistakably new. Everything was shining, crisp, without the wear of lightyears upon lightyears of travel that could be seen on older ships, like his last assignment, the California. But there was too much to do for now. He needed to meet the CO, meet the other senior staff. Get things in order. This was command, now. No more waiting for others to tell him where to go, what to do. This was his time to tell.

Darren was born on Earth in the former southern United States to Loren Marian, a theater actor, and Kara Marian, a resource allocation manager in local government.

As a child Darren was a slightly above average student. His best subjects were history and science. He had a small group of friends, neither in the popular cliques, nor looked down upon. Because of pressure from his father, he attempted theater, playing minor roles in several school productions, but ultimately he found that he wasn’t at all suited for the stage.

During high school his class took a field trip to a Starfleet facility. It was there that Darren first started to develop a desire to join Starfleet. He continued to research more during his last two years of schooling and finally decided to apply to the Academy upon secondary school graduation.

Upon his arrival at the Academy Darren decided to focus his studies on both general science and military strategy, the two disciplines that most interested him. During his second year, his brother joined him at the Academy.

At first, the two got along well, but over the following two years they began to grow apart. The degradation of their relationship culminated on the night of their father’s death. Zachary blamed Darren for the fact both of them were not by their father’s side when he passed, as it was because of his influence that Zachary had joined the Academy. Darren graduated a few months later, and from the time of his graduation on Zachary disappeared completely from his life.

Darren served aboard a science vessel first doing planetary surveys. His abrasive yet practical manner, as well as natural gifting for science helped him perform his duties well. After a few years he was promoted into command, serving as the chief science officer aboard a Nova-class vessel sent to the Delta Quadrant on a survey mission.

During his assignment, the ship was attacked by a previously unknown warp-capable race known as the Kranin. During the initial wave of battle, the ship’s first officer was incapacitated. Because of his military training background Darren was selected to serve as temporary first officer in his stead. After a protracted conflict, and due to quick thinking on Darren’s part, the ship left the battle relatively unscathed.