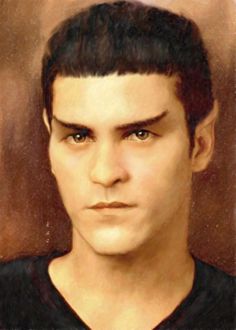 After attending the Vulcan Science Academy, T'vorens parents decided he would be best served by following their footsteps in joining Starfleet, though, in their minds he would have also attended Starfleet Academy in order to become an officer. However, after being convinced to join by his brother, he decided to do so as an enlisted crewman. During his training he sustained an injury to his right leg, which still causes him pain and he walks with a cane. Upon completion of his training, he was given his orders to serve aboard the USS Pandora.

After his graduation he served as an Alumni researcher at the Academy, but was soon appraoched by his brother at his parents request. He was convinced to join Starfleet, but decided to do so as an enlisted Crewman rather than an officer. His decision caused a rift between him and his parents, though in truth, it didn’t change a whole lot.