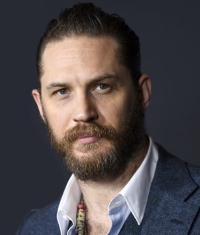 Aella is the only son of Godrak, a Romulan/Klingon, and first-born of Heather Mar, a human. In 2368, Godrak was freed from a Romulan prison camp on Carraya IV in which the Klingon prisoners had intermarried with their Romulan captors and had families. They prohibited the Klingon youth from embracing their culture. The result was a generation of hybrid youth with a rebellious spirit. After an encounter with Worf, son of Mogh, the youth openly resisted against their parents for the right to leave the colony and explore their heritage. (TNG: “Birth Right”)

Godrak, one such youth, left the colony in 2368. He wandered the Klingon Empire for a time, learning of his heritage, but finding rejection at every turn because he was half-Romulan. In his childhood, the Klingons of his colony were forbidden to teach the youth about their heritage, and therefore he was not a skilled warrior. This proved to be problematic in Klingon society, and he fled to the Federation, where his lack of skills as a warrior did not cause him to be treated as a pariah. There, he met, befriended, and married a human woman named Heather Mar. Heather was a Starfleet science officer aboard the USS Nimitz. Coincidentally, she transferred to Starbase 84, where Godrak willingly relocated to be with her. They married in 2369 after a brief courtship. Aella was born in 2370.

Aella was named for his maternal great-grandfather, and was given his mother’s surname. At the age of ten, his father, Godrak, took his own life. It was believed that his sense of displacement, a man without a people, was the primary factor. Heather would continue to raise Aella as a single-mother until he was sixteen, when she remarried to the station commander of Starbase 84. They would go on to have three more children.

At the age of 18, Aella’s education had gone extremely well, and his application to Starfleet Academy was processed almost without question due to the letters of recommendation he was able to provide from the station’s officers. Aella excelled at the Academy as a security & tactical major. He minored in medical, qualifying as a triage nurse, but not receiving enough credentials to qualify for a medical doctorate.

Upon graduation, he was stationed on the USS ShiKahr under the command of Captain Ronald Lemensky. Aella acclimated very quickly to having a totalitarian as a captain, and got along very well with him. This surprised many of the crew there, as Captain Lemensky was not thought of fondly by many. After a two-year run aboard the ShiKahr that included a promotion, Aella applied for and was transferred to the USS Andor as the chief of security. He would serve in this position for three years before being promoted to full Lieutenant, and then another two years before transferring to Starbase 84 as an Assistant Chief Tactical Officer.

Starbase 84 was a homecoming for him in 2398. When he had left in 2387, eleven years earlier, he had a sister that had been one year old. When he returned in 2398, he had another sister and a brother. At thirty years old, Aella was more like an uncle or cousin to his siblings, who were twelve, ten, and eight. He treated them well, and was treated well in return by his mother and step-father. His step-father had been promoted to Rear Admiral and oversaw fleet operations for the region. His mother had become head of the science department. Aella had taken an assistant department position. However, on a Starbase as large as 84, that department was of overwhelming size. It was here that Aella took an interest in the possibility of someday being promoted to a command of his own.

In 2400, Aella was recommended for advanced training, and also command training, by Commodore Nelson, the commanding officer of Starbase 84. The training would take two years. When he finished, he was assigned to Deep Space 9 as the Strategic Operations Officer and Second Officer. The year was 2402.

In 2404, he was relieved of his position on Deep Space 9. His records for 2404 to the beginning of 2407 are classified. (Redacted Information: he was directly involved in the negotiation of the revision of the Treaty of Algeron, including the influence and assassination of Romulan officials to make ensure its passage in the Romulan Senate.)

In 2407, he received a promotion to Lieutenant Commander, and was transferred to Heyerdahl Station to serve as the Strategic Operations Officer. Upon arrival though, an unexpected shift of personnel resulted in his being named Commanding Officer.

Within weeks, the tides of war had turned in the Federation’s favor, and Aella was given the task of being the second negotiatior representing the Federation with certain factions of the Klingon Empire. The Empire had fallen into disarray, a civil war raging within its borders. Starfleet had identified those most likely to reach a favorable agreement with, as well as those that were seen as most likely to prevail.

During this period of peaceful negotiation, Aella met Valka, granddaughter of Gorkon. She was betrothed, unofficially, to General Gorosh, though he was still married. Her bloodline traced back to the last imperial family, and Gorosh held sway with enough the Klingon Defense Forces to be formidable on his own. Combined, they were seen as the most likely to prevail. Their goal was to establish a new imperial line, with themselves as the progenitors.

Valka was the first to make a move, and Aella fell in. Their affair lasted only the duration of the peace talks, but it was enough to form a bond between them. This was Aella’s first experience with love, of either the emotional or physical kind. He was stricken, but knew it could not last.

When Valka departed with Gorosh to fulfill what she saw as her destiny, Aella hardened himself, resolving that their trist was over. Though, she still haunts his thoughts.

Six months after the negotiations, in December 2407, Aella was promoted to full Commander for his contributions to the peace pact.

He had given his word to Valka that he would take in and protect, to the best of his ability, Gorosh’s wife and son. They arrived, and he put them into good accomodations, keeping his word to keep them safe.

He found himself in an emergency situation on December 9, 2407. He happend to be walking by one of the medical substations along the docking ring, and heard disturbing noises coming from within. When he stepped in, he found that Lianne Coleman was in labor, and no help was around. He had to put his medical skills to use, and helped deliver her baby.