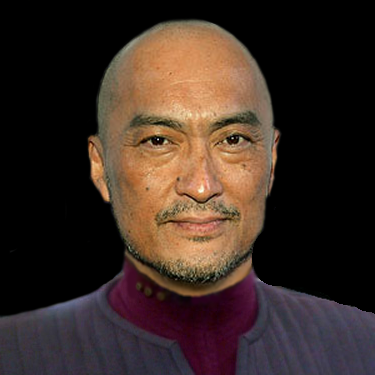 Akio Tachibana was set to transfer to a teaching position at Starfleet Academy after his current command was decommissioned. With the invasion of the Gorn and the Klingon Civil War, he has been pressed into command once more as the Commanding Officer of the USS Hawaii, lashing together a new crew.

Akio was born to a calligraphy teacher and homemaker in Koide (小出町 Koide-machi) a town located in Kitauonuma District, Niigata Prefecture, Japan. A lot of Akio’s compassion comes from his mother while his impatience comes from his dad, especially when students would refuse to learn properly.

Akio was the oldest child and he wanted to get away from Japan and see the universe. Sometimes he misses home very much along his travels.

At the Academy, Akio was a natural at Operations. After graduating, Akio began his career as an eager Ensign aboard the USS Mississippi. He served six years before transferring to the USS Lafayette as the Chief Operations Officer. During a fateful away mission, the XO was seriously wounded and Akio was promoted to Executive Officer.

As his tour aboard the Lafayette came to a close, Akio expected an assignment as an instructor at Starfleet Academy, but with the Gorn Invasion, Starfleet Command had other designs and thrust Akio into command of the USS Hawaii.