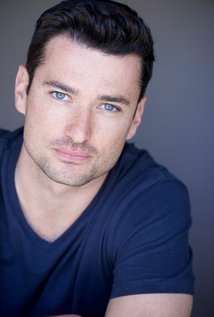 Gideon was originally contacted by Federation representatives nearly 200 years ago, but declined the initial contact. Later, James Kirk and the Enterprise, would make contact at Gideon’s request in the hopes of stemming the drastic population issues that had engulfed the planet. With the introduction of a disease that Kirk had in his system, the planet went through a drastic crash in population and years of supported rebuilding with the assistance of the Federation.

Talamor Ren was only an infant in those early days, but survived the introduction of the virus, though his parents did not. There were many children who were in a similar situation during those early years, and surrogates were chosen to care for children left without families following the introduction of the disease, often with 4-5 children to a parenting unit.  Following the deaths of billions, the access to available living space was extreme, and new family units were created where a leader set, father and mother, would take care of a set of children with other members of the family supporting as aunts, uncles, cousins, etc. All were charged with the care of the children, and large rooms were kept with images of the parents.  These units would continue to function and raise children that came up in the process, and rotate through their form and control as needed.

As Talamor grew, he was introduced to the work of Federation medical and supply groups working on the planet in the relief efforts, growing accustomed to their presence and work. Federation science and medical teams studied the planet and worked to repopulate and spread native flora as it had been before.  Fauna was non-existent by that point, and the Gideons had little missing in that respect.  Some species were transplanted from other ecospheres around the Federation to support the development on the planet, and many areas became a refuge for species that would have been destroyed on their native worlds.  Talamor was introduced to the sciences at an early age, and watched with wonder as these people worked to rebuild parts of Gideon that had been once crowded with people.  After finishing his initial education on the planet, he looked to Starfleet as a way of helping his people and continuing the work that he saw in the Federation doctors and scientist that had supported and helped them.  To Gideons, life is precious in all of it’s forms, and there was a desire to see what life forms existed on other planets. The planet’s lack of admission into the United Federation of Planets at the time limited his entry, but his interest in medicine and the burgeoning field on the planet led him to work with study units at the university to found a new medical system on Gideon. After graduating, he entered the medical training program that was being hosted by elders and Federation Doctors who’d accepted positions on Gideon to train their people.  This wasn’t a traditional school, as it was still very new and there was a need to establish and develop what Gideon’s medical culture and practice would be. Elders oversaw and consulted on the medical ethics and practices of the program, while Federation doctors shared their practices and were able to study Gideon physiology in closer detail.  Talamor was specifically counseled and cultured by Stula Ren, an older aunt from his family, a vulcan physician and ethical theorist, Daelon, and a human doctor and exobiologist, Alan Tulock.  This group was particularly important, as are other members of his Ren family unit.

Nearly 20 years later, when the planet was accepted into the Federation, Talamor applied for entrance to Star Fleet Academy, and Starfleet Medical specifically.  Because of his advanced age, Talamor did well by comparison to his fellow students and was soon accepted to the Starfleet Medical Academy. For the next three years, he studied medical practices by various species and for different races throughout the Federation and beyond. The natural longevity of his people and their regenerative qualities played well into his continued work and deployment on a variety of missions around the Federation. Previously, he’s been stationed on the U.S.S Horizon (Daedulus Class) responding to a variety of scientific and medical missions throughout the Federation as a Doctor, the U.S.S Cairo (Excessior Class) prior to 2321, Starbase 23 near the Devron System, and the U.S.S Thunderchild(Akira Class) as their Chief Medical Officer before, during, and following the Dominion War. When the U.S.S Thunderchild was put in for refit, and after returning from a sabbatical on Gideon for a year to teach and share medical theory and developments with his people, he returned to Starfleet Medical and was assigned to the Olympus.  The posting to the Olympus is just the latest in a line of assignments working to allow other species to enjoy life to the fullest as Gideons do.  The loss of so many friends and colleagues from the Thunderchild has led Talamor to hope for additional methods and ways to return Borg from the possession of The Collective.

Talamor Ren is a seemingly early thirties male humanoid with a human appearance. The lifespan of Gideonites being what it is, he could potentially live another 400 years, though it’s likely that as he ages into his late 30’s (another 50 years or so), he’ll take some leave and return to his planet to father a child of his own. Gideonite marriages being shorter affairs that are somewhat arranged and controlled within a family unit. When his child reaches age, he is likely to return to Starfleet to continue his training either on mission or at the Academy teaching a new group of doctors set on bringing medical knowledge to the stars.