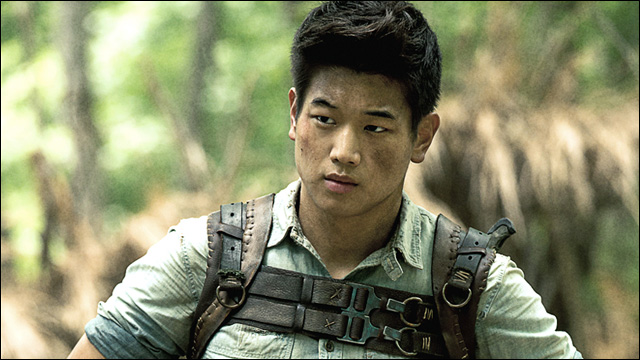 Victor Chang was born on his homeworld of Earth (Sol System) in 2350 in Paris, France. The arrival of the Borg in Federation space changed his entire life. The Battle of Wolf 351 left him without a father but with a renewed purpose of getting into Starfleet and joining the ranks of their trained military services to defend the Federation from the Borg and other unknown threats. Victor served with distinction throughout the Dominion Wars and finally ended up with a senior staff position as Chief Tactical & Security Officer aboard the USS Olympus.

Victor Chang was born on his homeworld of Earth (Sol System) in 2350 in Paris, France. His father was a noted Starfleet physician while his mother served as a Federation envoy throughout the Alpha and Beta Quadrant. Victor would most likely have focused his efforts on the sciences and medicine following in his father’s footsteps if it were not for the arrival of the Borg in Federation space (2367) at the infamous Battle of Wolf 359. Although he was too young to join the fight, the death of his father aboard the USS Lexington with all hands on board had a significant impact on the worldview of this young man.

Realizing that in order to join Starfleet and protect others from suffering the same sense of loss he had felt, Victor redoubled his efforts in his studies as well as athletic pursuits. He became a semi-professional expert in an ancient human martial art Krav Maga as well as Iaijitsu whilst receiving several young scholars awards for his innovations in the field of biochemistry.

Admitted into Starfleet in 2370, Victor focused his studies on the various leadership, combat and tactics courses that Starfleet had to offer. Gregarious and generous to a fault, Victor made a name for himself by being a shrewd and savvy tactician being able to anticipate for unforeseen possibilities during simulated combat engagements. He graduated in the top five percent of his class and was assigned his choice role of security officer onboard Deep Space Nine where he’d be able to engage with the Bajorans and learn more about their history and culture in the midst of a brutal subjugation by the Cardassians.

What was viewed by his classmates as an odd choice for assignment turned into Victor’s front row view of the unfolding of one of the biggest events in recent Federation history with the outbreak of war at the doorstep of DS-9. After the fall of DS-9 to pro-Dominion Cardassian forces, Victor was assigned to the Akira Class USS Gernonimo to engage in several small stopping operations against the encroaching Dominion. His service between 2374 to 2376 was heavily redacted due to his selection into a highly sensitive Starfleet combat operations group aimed at disrupting Dominion operations throughout the Alpha and Beta Quadrants.