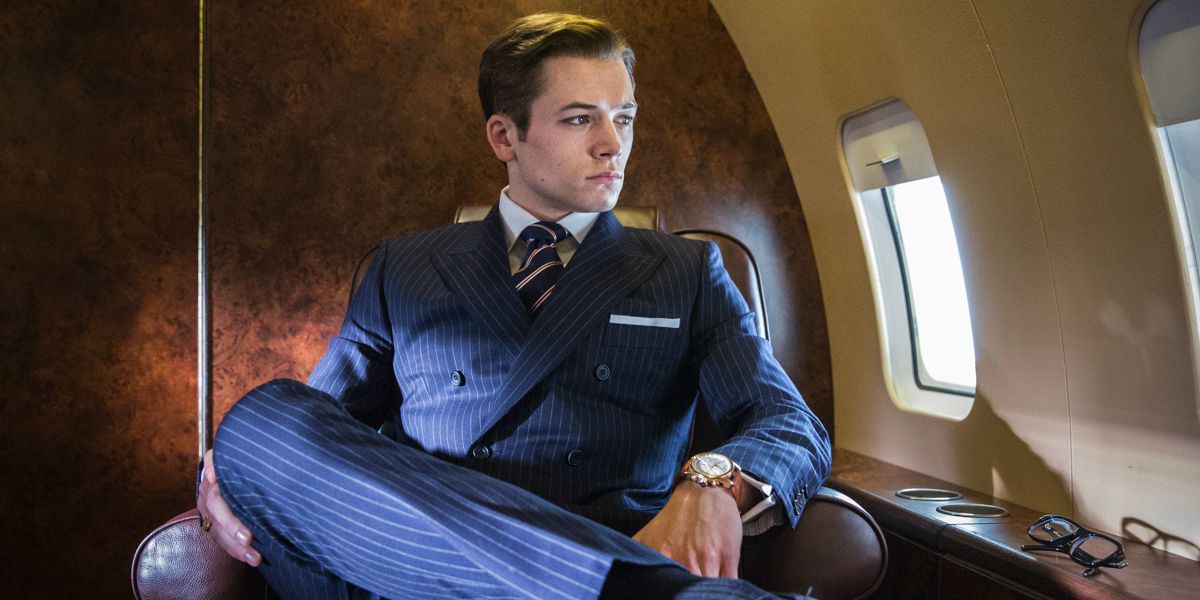 Marcus Bancroft is Admiral Knox's Chief of Staff. He manages the staff officers in the Delta Exploration Initiative--including some who outrank him--along with the admiral's schedule and other logistical matters. It's his job to anticipate what Knox will need before the admiral even knows that he needs it. He is preternaturally advanced in rank for a 30-year-old, but he carries himself with the authority of someone much older. He is taciturn, uptight, and thoroughly professional.

Born in burgeoning Greater London, Marcus Bancroft was the fourth son of the Marquess of Redhill, who was in turn the first son of the Duchess of Tonbridge. For as little as all that meant in the Earth of the 24th Century, the British were one of the few Human nations to retain their ancient system of nobility and aristocracy, even after three world wars. For Marcus, even being so distantly connected to nobility set in motion a series of events that would chart the course of his life fairly rigidly. Raised by a governess and tutors until he was of school age, Marcus entered Eton College when he was 13 and stayed there for the next five years, returning only for school holidays. After that, though, the plan became a little more fuzzy. His eldest brother, the Baron of Hindhead, would be expected to get an education and then simply wait to inherit his father’s and grandmother’s titles, and then have children who would then in turn inherit those titles. Marcus’s second-oldest brother was destined for politics by way of service in the Royal Army, which by that time was more of a standing humanitarian force rather than a martial one, and his third brother would train for the clergy. By the time Marcus came along, all of the traditional roles for aristocratic children were occupied–his parents weren’t quite sure what to do with him, or, really, where to warehouse him.

Central London was a fascinating place to grow up and Marcus had access to some of the planet’s best museums, libraries, and cultural attractions as a child. Many weekends were spent with his grandmother on excursions around the city and into the country (it was said that in the Bancroft family, paternal affection always skipped a generation). Eton College, then, was somewhat of a culture shock because of the rigor and routine required, but Marcus took to it well. Though he had a positive relationship with his grandmother, he was pretty used to being ignored at home, and so going to school allowed him to socialize for the first time.

He excelled in mathematics and science, but was only ever average in most everything else. He played sports, as was required, but never really enjoyed the physicality of that–too much dirt and mud. In his second-to-last year, and while his parents were still figuring out where to send him, an influential teacher slipped him a practice Starfleet Academy Entrance Examination without telling him what it was and he got a passing score. With the encouragement of the school’s administration, he took the real exam and was able to gain admission to Eton’s prestigious Starfleet Academy Preparatory Program–SAPP, as in “SAPP really saps the life out of you.”

When he went home for the summer holiday, he was able to present his parents with a plan for his future: he would complete the SAPP and join Starfleet Academy to become an officer in Starfleet. For anyone else, such a presentation wouldn’t have been a huge ordeal, but it was quite audacious for a member of the Bancroft clan to dictate what their plans were going to be for life. In the end, it was his grandmother’s support that earned him his parents’ blessing to carry out his plan, though he’d developed an independent streak at Eton that probably wouldn’t have been able to be stopped.

SAPP was one intensive year of training in Starfleet regulations and prerequisite courses for the academy, alongside daily physical fitness training and holidays spent not at leisure but training with active-duty Starfleet officers. While the other aspects of the program were fine, what Marcus really loved was their excursion over the winter holiday to a Starfleet training facility in Kenya, where they got to go up in fixed-wing gliders. They didn’t go up very high or fly very fast, but the first time Marcus took to those controls he knew that’s what he wanted to do–fly.

Marcus emerged from Eton a very serious young man, and his characteristic taciturn nature and insistence on following the rules would follow him for the rest of his career. Upon entry to Starfleet Academy, Marcus was assigned to the bridge officer track and he undertook advanced coursework in astrogation, piloting, and starship operations. Though not entirely humorless, Marcus followed regulations like they were his personal religion and devoted himself to his studies. Unlike many famous Starfleet pilots, his tendency was to follow approved maneuver patterns, trusting in the collective wisdom of his predecessors, rather than attempting to be experimental or surprising.

Though he had continually scored highly on his practical exams, he had scored even higher on intellectual ones. He was particularly gifted in unpacking complicated data about cultures and strategic situations in his interstellar relations courses. Because of this, he was posted to Commodore Knox’s staff on Deep Space 38 as the commodore’s aide-de-camp rather than to a starship. He was slightly irritated by this, but he was so used to dealing with protocol and deference that he fit into the role naturally. After a year, he was promoted to full Lieutenant when the station’s Intelligence Officer position came available.

He continued to serve on Deep Space 38 for a further two years, before joining the USS Benton as its Chief Flight Control Officer, as a favor from now-Admiral Knox. In some ways, starship life was more what he was looking for from Starfleet. The Benton was a Nebula-class explorer and was sent on a number of sensitive, challenging missions, but he felt in some ways that his overall influence as a staff officer had been greater. He served in this role for nearly three years before being posted as the Strategic Operations Officer on Starbase 13 in the Federation’s core.

In 2399, he was tapped by Admiral Knox to serve as his Chief of Staff, overseeing all of the other staff officers in the Delta Exploration Initiative, in addition to managing the admiral’s schedule and helping him with logistics. At 30 years old, he was not the youngest person in Starfleet to achieve flag rank, but he was certainly preternaturally high in authority for someone of his age.