Son of Ben and Kassidy. Joined Starfleet 2400 age 17 to honor his father, but was also hoping to find his father. But over time he came to peace that his father’s duty was so unique that he couldn’t chase after his father; his father would come to him when it was time. He loves his older brother but cannot connect to a storyteller – not when the ultimate story is yet taking shape. He continue in Command like he’s father has the same attitude he found that he was born with leadership skills STARDATE: 12201.11 Captain Justin Sisko here’s by order to take command of the USS West Aills NCC 74208 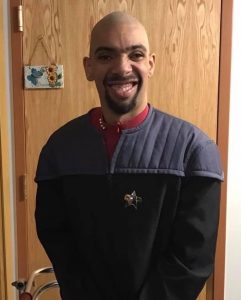