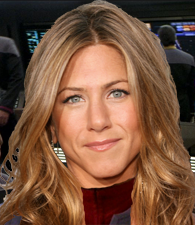 Chloe' remains in control even during tough situations. She can motivate groups of people, making her great at any command post. She interacts well with others, and never passes up an opportunity to get to know new people. She enjoys puzzles and sports.

Chloe’ was born on Earth in New York City. Chloe’s father was killed in a skirmish with the Romulans, very shortly after her birth. Her mother, Yolanda Young, took a lateral move to teach at Starfleet Academy. In 2232, Chloe’ joined Starfleet Academy. When she received her acceptance letter, she shared the news with her mother. Shortly after Chloe’ began to attend the academy, her mother accepted a promotion and a transfer to the USS Archon. For the first time ever Chloe’ would be alone, and truly on her own.

Chloe’ made many friends at the Academy. She studied Administration of Justice and Command Principals. During her sophomore year of studies she received a lot of heat for being a young woman studying Command Principles. She learned to deal with her aggression and joined a hand to hand combat class. She forced her anger to vent during her sessions. Early in her Junior year she was dismissed from the class, under circumstances surroundings bodily harm done to others. She was required to meet with a councilor for the remainder of her education. She selected a Vulcan named Satelk. Satelk taught her how to deal with anger and various other emotions through meditation.

Chloe’ selected to serve onboard the USS Archon, for her senior assignment. Her mother had recently been promoted to Captain of the vessel, and applying for assignment became very easy. Onboard the Archon she studied every station with great detail. While onboard she was given a temporary field promotion to Lieutenant Junior Grade, and was assigned to Security.

Chloe’ graduated from the Academy in 2241 in the middle of her class. She received many awards upon graduation which include, good conduct, command qualification, and distinctive service. She also was the only officer, from her class, immediately promoted based on her cadet service and the recommendations received to full Lieutenant.

Lieutenant Young was soon assigned to Security of the USS Freeman. Six months after being assigned, the Freeman was abducted by rebel Klingons and she spent nine months in Klingon prison camps. During her time in the Klingon Prison Camp. She was beaten and forced to fight her comrades in various battle games. The Klingons were interested in Starfleet policy and her womanhood. While being held captive she proved to be a true survivor, she outlasted the majority of her crew. She proved her worth, and was trained to fight Klingon warriors, and in doing this she learned how to speak Klingon.
In 2245 Starfleet reassigned her to the U.S.S. Enterprise N.C.C 1701 under the command Of Captain Robert April as the new Chief security/Tactical Officer . In 2256 Starfleet reassigned her to The U.S.S. Hades as the new Chief Security Officer since she has Security Background. starfleet Reassigned her to the USS Discovery in 2256 by Captain Gabe Lorca as the chief Security Officer . After serving 7 months on discovery Captain Lorca told Chloe the U.S.S. Augusta needed a first officer so she transferred to the uss Augusta as the new Executive Officer under the command of Commander Katherine Williams with the rank of Lieutenant Commande in 2257 Starfleet reassigned her to the uss Augusta now a crossfield class as the new Commanding Officer
2241-2243 USS Archon, Cadet (Senior Assignment)
2243 -2245 USS Freeman, Security Officer
2245 – 2256 USS Enterprise Chief Security / Tactical Officer
2256-2256 USS Hades Chief Security/Tactical Officer
2256 -2256 USS Discovery Chief security /tactical Officer
2256-2257 USS Augusta Executive Officer
2257-present U.S.S. Augusta Commanding Officer